Pearses celebrate 20 years stronger than ever 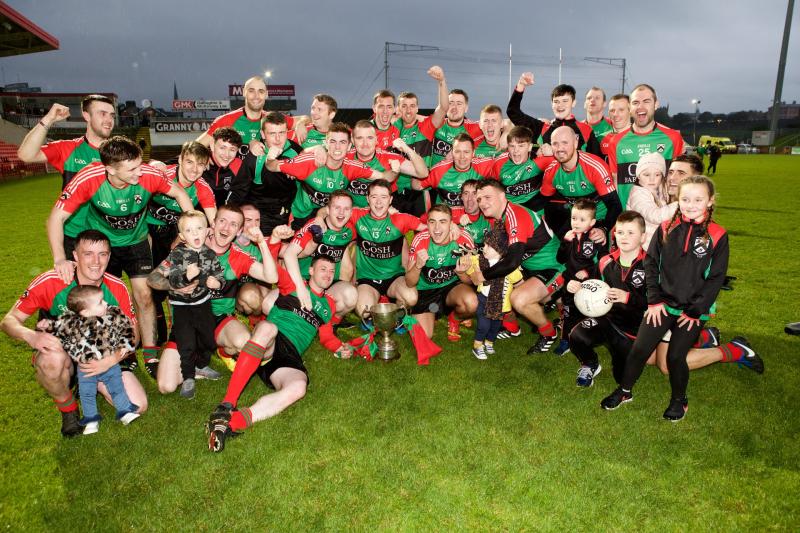 From one generation to the next, members of Na Piarsaigh Doire Trasna celebrated the club’s 20th birthday recently, proud of the past but even more excited for what is to come in the future.

The Waterside was without a GAA club to call its own for 17 long years before the first Pearses team was put together back on January 29, 2001, and from that day, the club has endured.

So much has happened – for Club Chairman Thomas McNaught most of it has passed in a blur – but for all the highs and lows experienced over two decades, what matters most is the future. The club have a new ground to call their own, right at the top of Corrody Road, and after years of hard work and persistence, they expect to play their first games on it some time this year. Covid-19 prevented the grad unveiling last September, but everything is in place and as soon as some semblance of normality returns to the sporting world in the city, those gates will be opened and a sea of youngsters, in green and red, will take their first steps as the next generation of this proud club.

For McNaught, it is a far cry from where it all started.

“It is a big milestone. Sometimes you thought you were never going to get there at the start,” he said.

“There are far more people involved; there are hundreds of wains running about now. I think we had 300 underage last year, of all ages, and that’s including girls as well. We started a girls’ team last year as well.”

The presence of a club in the Waterside cannot be underestimated, the desire for Gaelic Games in that area of the city always evident. McNaught and those who have come along on this journey could not have foreseen such success when they started, after years of doing bus runs to Creggan with young gaels.

“You don’t even think of those things when you do start out,” he agreed.

“I was the first manager of the first senior team and you can’t think about 20 years down the line. There was the nucleus of a team there at the start but they were all very young. There wouldn’t have been many over 22 or 23, it would mainly have been teenagers and to tell you the truth there’s about 10 of them still there, the likes of Eoghan Carlin, Cormac his brother and boys like that who are still about the club.

“Paddy McNaught and Eddie Nash would have taken wains over to Dolans and their U16 team was one from the Waterside apart from two or three from the Derry side. It just went from there because there was enough players for a team and we decided then to go on our own because we didn’t need people to go over to Dolan’s then because we could make do ourselves.” 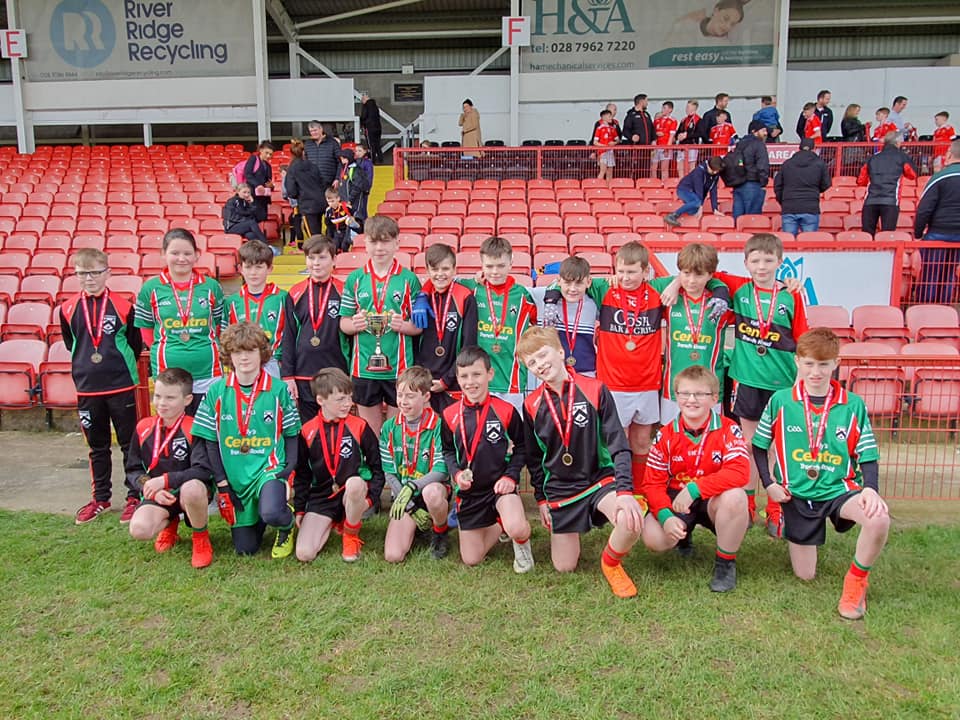 For years Doire Trasna could be found on the pitches at Lisnagelvin, their unofficial home of sorts, but never the ideal solution. It was always a case of waiting, working and believing that one day their own ‘Field of Dreams’ would materialize. That day has now arrived.

“When we first started we were playing out in Prehen but then we got up to Lisnagelvin and that was a big help to us,” Thomas continues. “Even though it wasn’t our own pitch, it was still in our own community and that focus area. Getting to play in Celtic Park was a novelty for the young ones and that spurred them on even more.

“Everybody will tell you that once you get your own grounds, that’s really the start of it and you should go on from there and go bigger because it is a main focus. That will be a big help towards pushing it on and we would like to thank Fr. Michael Canny for his help in that”

If they hadn’t seen such riches they could live with being poor.

“There are no paid workers so everybody does it for the love of it, and that’s the main thing. I always say that you have to breed gaelic players, you don’t find them. You take it our first crop of young boys who started out, their wains are now playing for us, so that’s the sort of the direction gaelic goes in.

“Us having coaches in the Primary Schools has really built up the numbers and brought the wains to it, probably wains whose parents didn’t think about Gaelic, but once they started playing it and they seen the enjoyment they got out of it, that really helped.

“At the start there would have been plenty of sleepless nights over whether you had a team or not the next day, but we always did. Sometimes we went out thinking we would beat the easier teams only to lose and then in games when we thought we would be hammered, we would win. At the start the better the opponent the better we played, but when it came to a dogfight, we didn’t know how to handle it.

“There were definitely sleepless nights, but at the end of the day you get up the next day and the world’s still turning and you just get used to that. 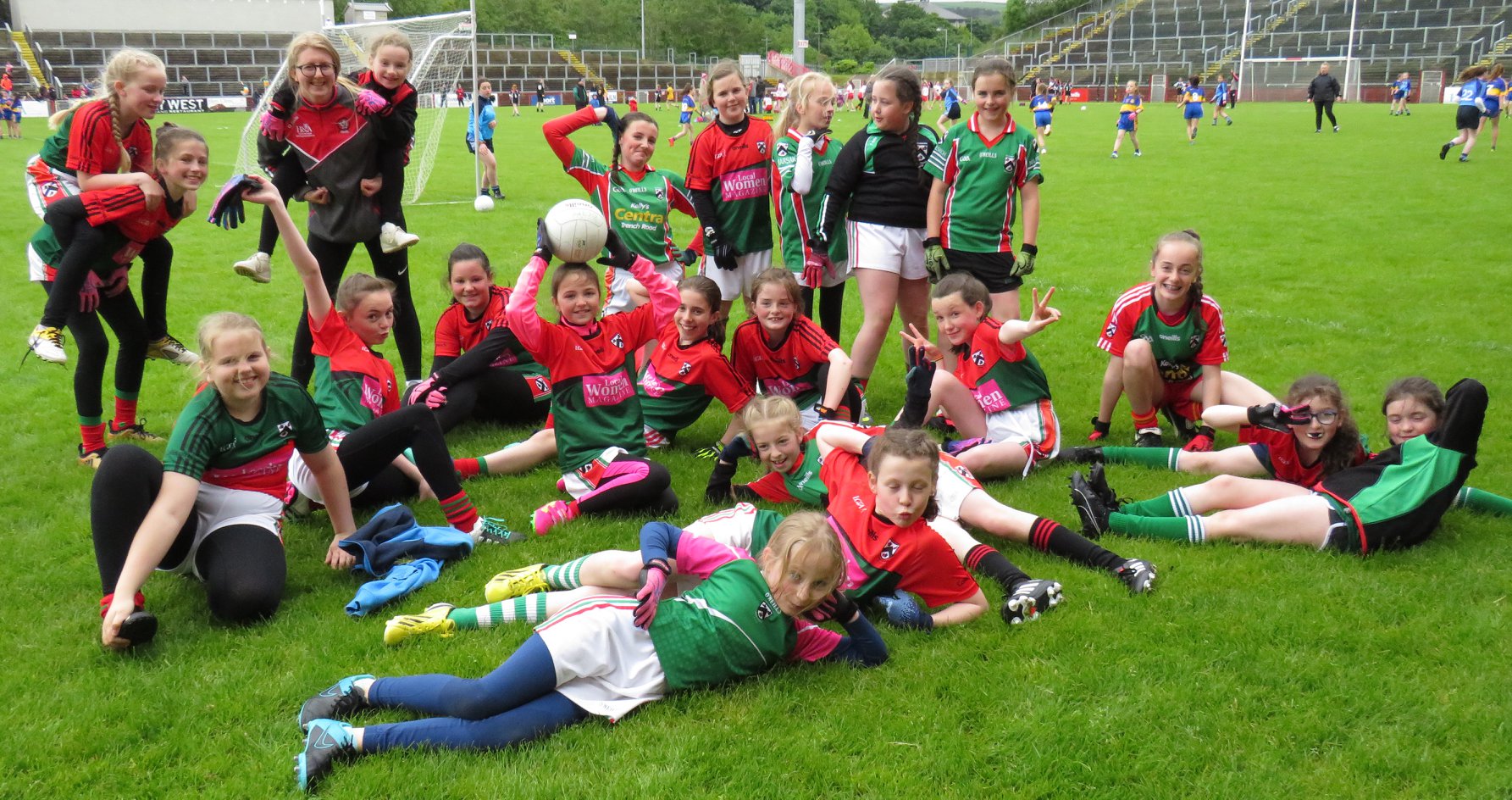 The club recently held its AGM and announced a new committee comprising of 17 different positions within the club. Pearses are the latest in the city to find their new home, following in the likes of Doire Colmcille and Sean Dolan’s in showing real progress on that front in recent times. GAA in the city is in such a healthy place at the minute.

“If you are walking down the street and you look around, you’ll see a lot of GAA tops, should it be Derry tops or Dolan’s tops or Ardmore or Colmcille or Steelstown or even Culmore,” Thomas continues.

“Culmore is another team and they are starting out with 10 year-olds so they have a big mountain to climb and fair play to them. You can see that it’s changing and it’s no longer just a soccer city.

“In the past there were plenty of people in the committee who were doing four or five jobs, but now there’s one person for ever position which is a big help and which makes it easier. The wains are coming through, knowing there’s a big pitch there and they are going to meet friends and make friends for life.”