'Stute approaching a year since their last league game 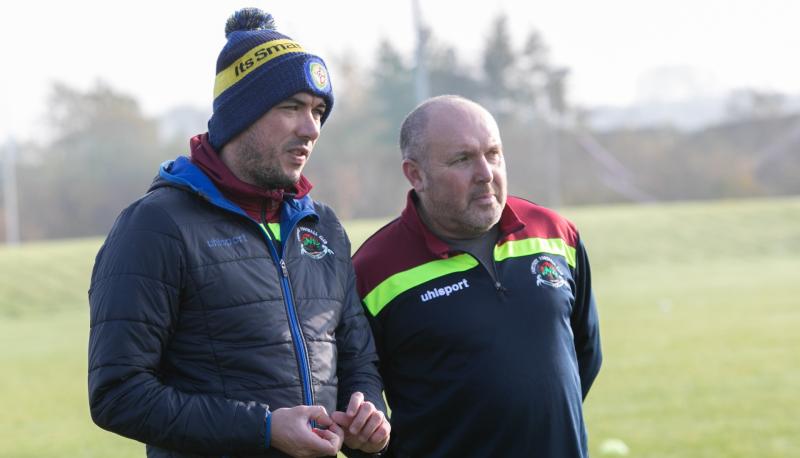 Institute manager Sean Connor and coach Emmett Friars have been in training with the players since the autumn.

There will be no Championship football this season for Institute after clubs voted to null and void the season.

The coronavirus pandemic originally saw the Championship season pushed back to November 28, which was then extended to December 17, and most recently January 2.

‘Stute had been set to play Annagh United in the opening game of a truncated 22-game league season, but with each failed launch, the likelihood of the season beginning at all gets slimmer and slimmer.

'Stute boss Sean Connor and his fellow Championship managers announced the ‘One Game, One Voice’ initiative in an attempt to get the Northern Ireland Football League to reclassify the Championship as ‘elite’, an appeal that fell on deaf ears with the clubs below the ongoing Premier Division campaign left in limbo.

‘Stute have not played a league game since they lost to Crusaders last March 7. In the 9 months since, they have played only two competitive games, against Strabane Athletic and Limavady United in the Northwest Senior Cup.

The statement released by the NIFL today read:

"Following meetings of the League Management Committees of both the Championship and Premier Intermediate League on Monday evening, club representatives across both leagues voted to request the Board of the NIFL consider cancellation of the proposed league season.

The league votes have been considered by the NIFL Board, who have approved the request of the clubs.

Regrettably, the NI Football League can therefore confirm that the 2020/21 NIFL Championship and NIFL Premier Intermediate League seasons have been officially cancelled.

In addition, the request from clubs to develop an alternative cup competition for Championship and Premier Intermediate League Cup clubs remains under consideration.

Any such competition would be played in the event that restrictions allow for a safe return to football during the remainder of the 2020/21 season."