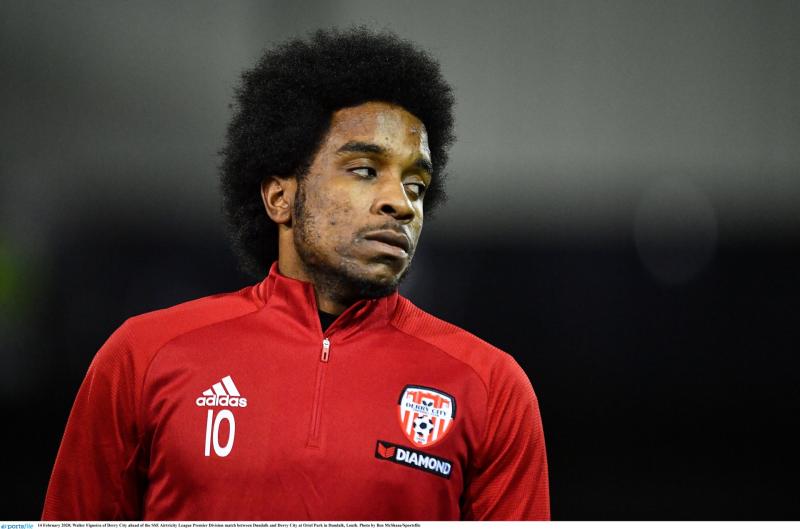 Walter Figueira will not return to Derry City

The City boss confirmed the news, stating that the club are 'heading in a different direction'.

Figueira made 19 appearances for the Candystripes, scoring 4 goals and providing 5 assists.

Clifford made 13 appearances, and scored 2 goals, both of which came from the penalty spot against Waterford at the Brandywell in October.

Meite, who arrived at the club in September, made 11 appearances for Derry City, soring just one goal and providing 3 assists.

"Walter's time at the club has come to an end and he's going to be moving on," Devine said. "I spoke to Walter last week and it's a different avenue we're going down this year. We wish Walter all the best, he was exciting at times this year.

"These decisions are based on where we were this year and where we're going next year. We wish them all well,. But there's a different way of going this year and a lot of work is going on behind the scenes in terms of the way we're going to move forward."