Institute may have to wait until the New Year 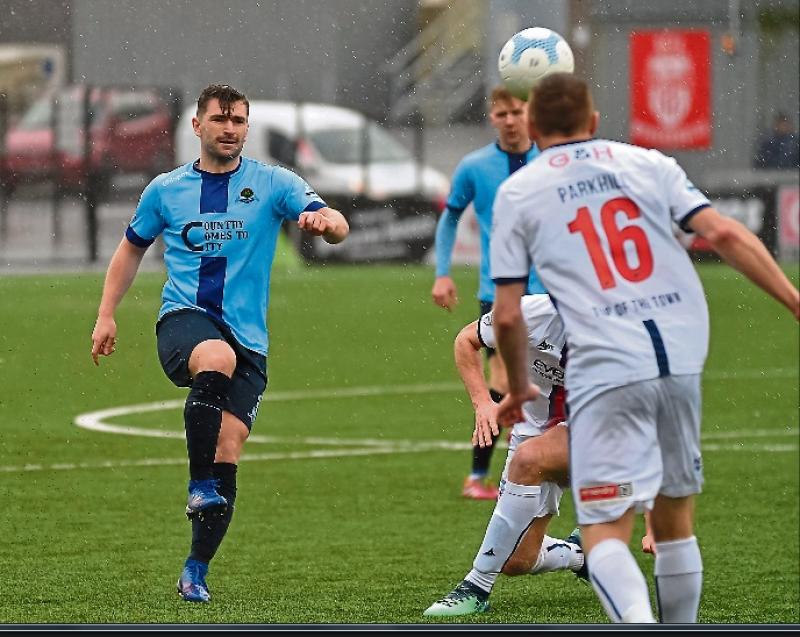 Institute players are not even allowed to train with footballs as the long wait to start the Championship season goes on without an end in sight.
Institute now face a wait until January to start their season with governmental restrictions holding them back, while the refusal to see the league and its players as 'elite' an insurmountable problem at present.
'Stute were supposed to start their season on November 28, but the implementation of new restrictions put an end to that, and the wait now looks set to continue into the new year with no acquiescence from the powers that be.
'Stute captain Cormac Burke have been involved in the longest pre-season of their professional lives, all without even kicking a ball. It is easy to imagine the frustration among the group at present.
“Obviously with the way the season ended last year with us being relegated and it finishing early, we were just chomping at the bit to get going and get a good run at the league,” Burke said.
“But it just keeps getting put back and put back and for players it's as frustrating as hell.  We did a six weeks pre-season and we thought it was going to start then, then it’s put back two weeks, and you go between being fit and being not fit.
“We have a really good group, a very young group, but players who are willing to learn and willing to work. There are a good mixture of young players and older heads, but it hasn’t been too hard on team morale because we’re all looking forward to the season starting up.”
A number of players have left 'Stute since they last played a league game back in February, but Burke stayed put, determined to right a few wrongs this season.
“I probably could have gone elsewhere but when I spoke to Sean, I wanted to give it a proper crack this year,” he explained. “Last year I had so many injuries, I was out for eight to ten weeks with a hamstring and I couldn’t get going.
“Being made captain was a big pull obviously because I’ve never captained a senior club before and it’s a big honour and big trust for Sean to put in me.
“I don’t feel extra responsibility really but I put a lot of pressure on myself to perform. That’s the thing for me this year, to perform on the pitch. There are a lot of players in the team who are vocal and do all the talking but for me it’s just to set an example and perform.”

Professional
Burke takes issue with the refusal to class Championship clubs and players as 'non-elite', saying the decision makes no logical sense.
“With our team having so many professional contacted players, Institute is run like a professional club, so there’s no half measures,” he continued.
“It’s hard to see that, specially when you see even fans being able to go to those games. The way we’re training at the minute we’re not even allowed to touch footballs so it’s very, very frustrating but we’ll get there.
“You see Derry City in the same city playing games, then you see Coleraine and they’re playing just up around the corner. What’s the difference? I’m sure the coronavirus doesn’t differentiate, just because you’re seen as an elite player.”
'Stute are slowly but surely closing in on a full calendar year without kicking a ball in a league game, and Burke, like his team mates, is desperate to finally get back on the pitch.
“Hopefully now on January 2, or even before that in the Northwest Cup we can play,” he said. “Obviously we would like to play  couple of games before the season starts but the way things are going, you never know. We’re under no illusions that it’s going to be a hard year. There are a couple of teams that could go for the league, and with it only being 22 games you have to hit the ground running. We’ll give it a good go anyway."