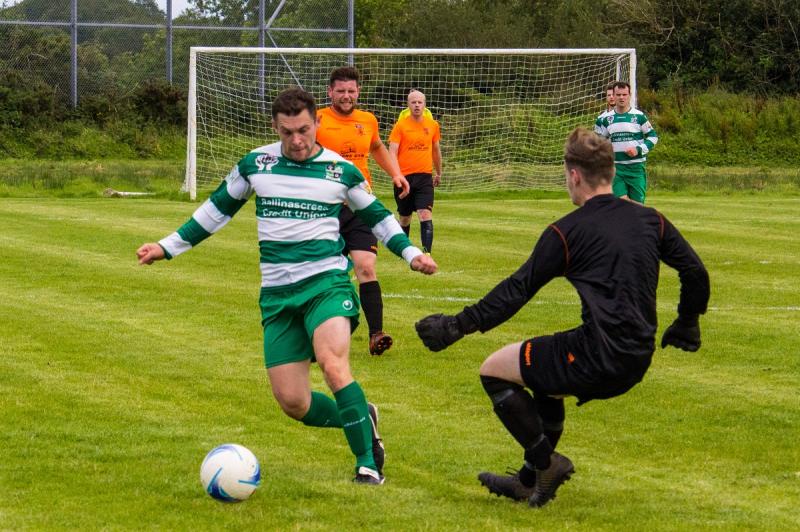 Johnnie McKee in action during Draperstown Celtic's draw with Upperlands

DC welcomed near neighbours Upperlands FC to Cahore on Saturday afternoon for their fourth game of the pre season.

The home side started the brightest and it paid off after 13 minutes when a good passage of play up the right wing between Chrissy Hegarty, Enda McKee and Johnnie McKee. It finished with Johnnie McKee whipping a lovely ball in towards the middle of the box where Raymond Caulfield was on hand to head home.

DC almost doubled three minutes later but Damian McGlade could only lift the ball over the bar. The Celts did double their lead in the 23rd minute when a DC free ended up with Niall McGlade on the left wing, who delivered a cross into the six yard box where Ryan McGuigan was on hand to put the ball into the top corner for 2-0. 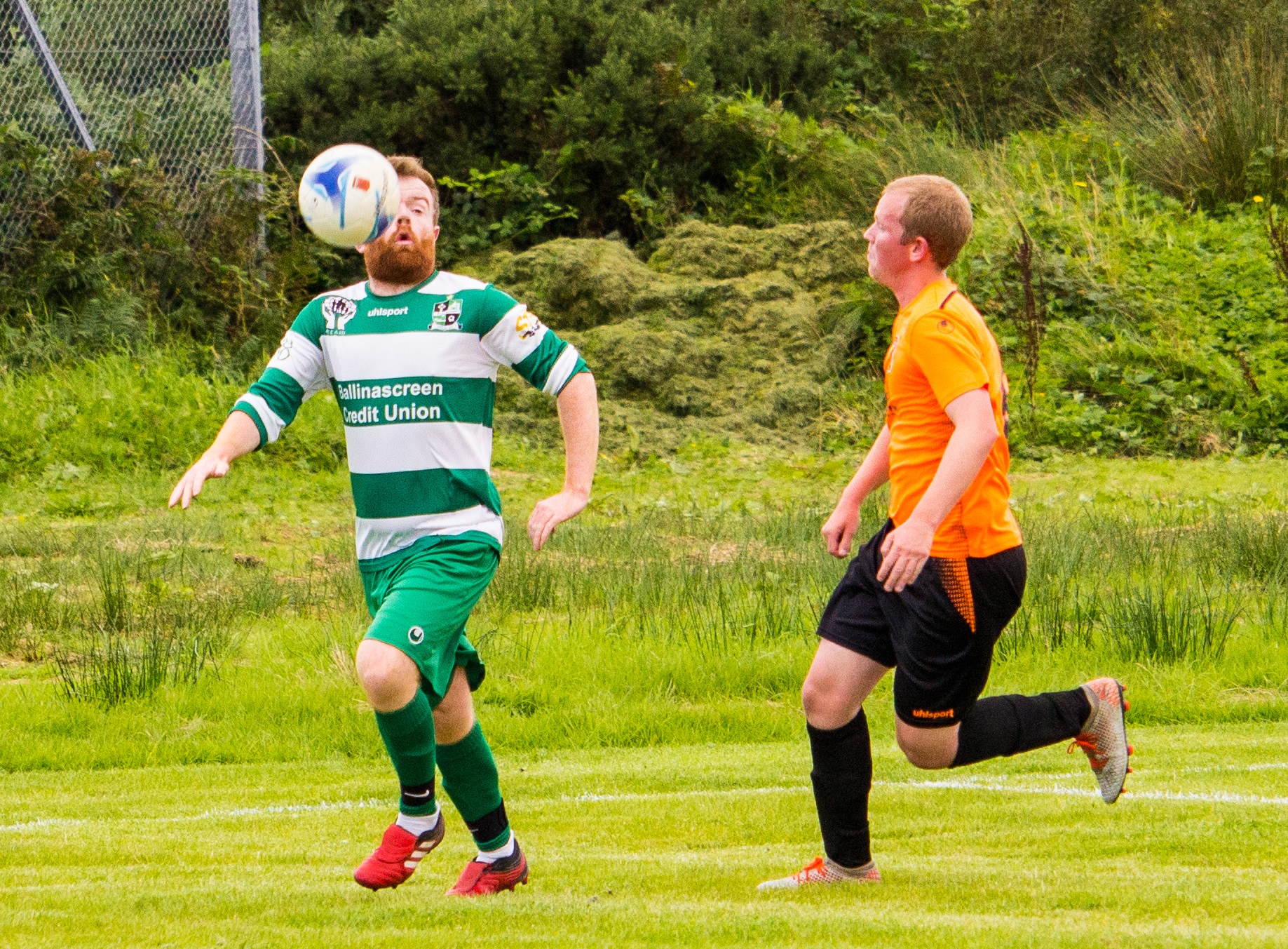 Just minutes later, Enda McKee drove into the box, played a one two with Niall McGlade, but just couldn't get the shot away when he got the ball back.

The two McKees were again involved in a nice passage of play up the right wing and the ball ended up at the feet of McGuigan who put the ball just wide under pressure from the advancing 'keeper.

Upperlands had a bit of a decent spell towards the end of the first half without really troubling Groogan in the DC goal, thanks in part to the well drilled home defence.

DC had another opportunity to stretch their lead just before half time, but McGuigan's through ball to Johnnie McKee was just too heavy and the Upperlands 'keeper got there first.

The second half started almost perfectly for DC when D McGlade latched on to a loose ball and charged towards goal but again the 'keeper got there just in time.

Upperlands went up the other end and earned a couple of corners but the DC defence continued to deal well with them.

Ten minutes into the second half, manager John Glass made a triple change when Irwin, McGuigan and D McGlade came off to be replaced by Mura, A McGuigan and Donnelly.

Upperlands started to grow into the game and became a bigger threat, putting more pressure on the DC defence but just couldn't break through. On 65 minutes, Enda McKee and Caulfield made way for Heron and K McGuigan.

Mura, not long on, thought he had extended DC's lead further when he found himself in space and lobbed the keeper but his effort was chalked off for offside.

Upperlands were starting to create better chances but Groogan did well when called on, getting down low to make a good save at the post.

Back at the other end, Johnnie McKee beat the keeper but just ran out of space. A few minutes later, a DC cross rolled across the goal mouth but no one was on hand to put it away. The Upperlands attacks started coming more often and in the 85th minute, they finally got the goal that they had threatened to get, when they scored from close range.

Donnelly had a chance to put the game to bed for DC but fired just wide. With almost the last kick of the game, after DC failed to clear a ball, Upperlands netted to level, and that's how the game finished.

A frustrating end for the home side who had multiple chances to extend their lead throughout the game but another good workout nonetheless.