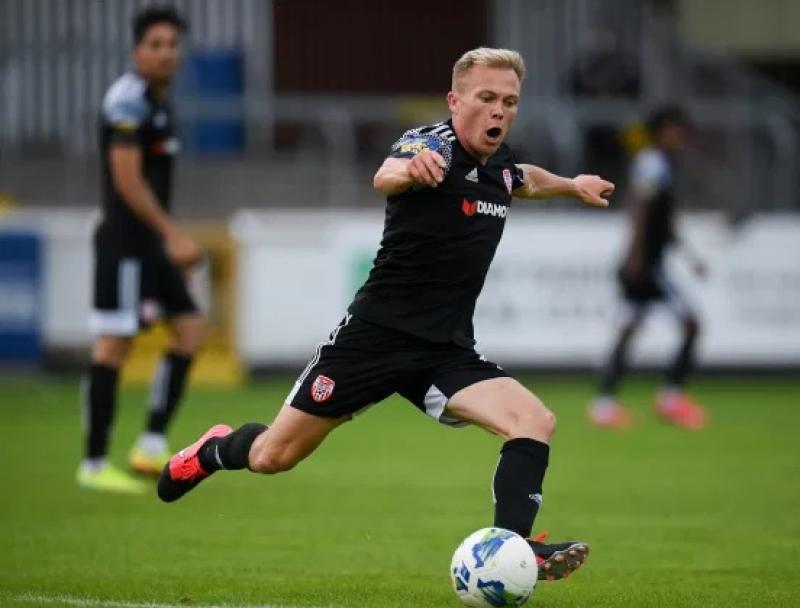 Derry City captain Conor McCormack insists that the players will relish the challenge of travelling to Lithuania for a one-game shoot-out with the unknown FK Riteriai.

The Candystripes will fly to Vilnius in two weeks’ time for what they hope will be an extended European campaign, with the usual two-legged format removed this year due to the coronavirus pandemic.

McCormack is already looking forward to the challenge.

“Every draw is going to be a tough draw,” he said. “A European game is never easy, but we’re really looking forward to it now Hopefully we can get a wee bit of momentum going into the game. We have two tough games coming up with Shelbourne and Cork and if we can get some momentum with a couple of wins going into the European game then we’ll feel pretty confident.”

McCormack has no shortage of European experience after his spells at Shamrock Rovers and Cork City, and will be invaluable to manager Declan Devine, with a number of City players set to make their Europa League debuts.

“The younger they are going into big games like this – these games are vital for their careers further down the line,” he agreed.

“Hopefully we can all gel together and get a positive result. It will be strange because it’s one leg, but the whole season has been strange. I don’t think it’ll be too bad, there will be no fans there, it might be a lot hotter over there, but we’ll relish the challenge

“It’s a different atmosphere, a different culture, a different country, the whole lot. There’s a different style of football also and you never get an easy game in Europe so we have to make sure we’re fully prepared, mentally right and that we go into the game with a plan and hopefully get a good positive result.”