Local man is confident he could handle international challenge 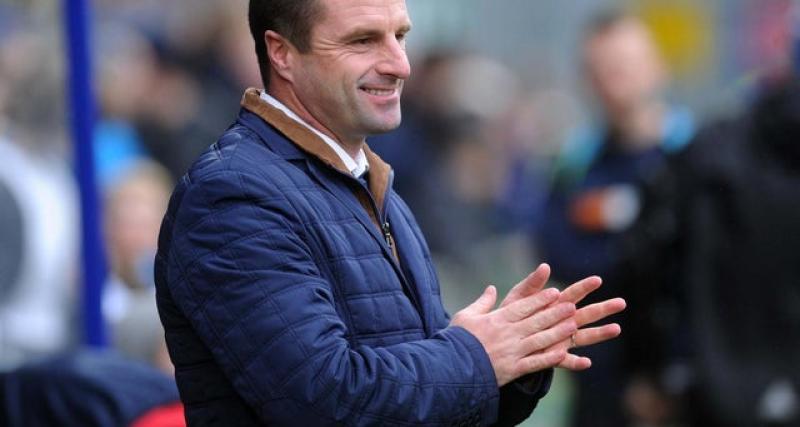 Darren Kelly has declared his interest in the Northern Ireland U21 manager's job, insisting he could bring influence and experience to the role.

The Scarborough Athletic boss has been linked with the position, recently made vacant by Ian Baraclough's promotion to manager of the Northern Ireland senior team after a successful spell in charge of the U21s.

Kelly has endured a tumultuous few years in management in England, with brief spells in charge of Oldham Athletic and Halifax, but has found notable success with both Hyde United and more recently Scarborough Athletic.

The former Derry City defender believes that each of those experiences have made him a much better manager and better candidate for the NI job.

“I think that if you’re doing a half decent job somewhere, you’re going to be linked with jobs,” he said.

“Quite a few people have got in touch with me about this, people who have tracked my progress in England and it really got me thinking. I’ve really done my due diligence into it and I’m interested. Thinking ahead, I think I can show a lot.

“I've always believed in my ability,” he continued.

“I took a deep breath and came back. The way I was going to do it anyway was start at the bottom and work my way up so I effectively did that, with a lot of learning and for the last number of years things have been going very well.”

In particular, Kelly believes that he can bring positive change to a growing trend in recent years of players from the North, especially in Derry, of players declaring for the Republic of Ireland.

“The population in Derry is about 120,000 and the talent in the city is unbelievable,” he stated. “I believe I could influence change here and stop that happening.

“I played for the Republic of Ireland U18s and then went to Northern Ireland at U21. I have the qualifications and experience and I think this would be a role I could stand out in.

“In Ireland there are a lot of good managers, the like of Decky (Devine) and Oran Kearney, and they just need that chance. I would be interested in this because I believe I could have an influence, especially in Derry. Having a Derry man in that role, there would be a better chance of persuading players, because my background is there.

“Only last week, Ian Baraclough said he wants to compete with Stephen Kenny for the boys of Derry and I believe I would have influence because I have been there and done that.”

Kelly is optimistic about his future in the game, acknowledging that his experience in England has only served to strengthen his resolve and skills on the sidelines.

“I was lucky to work under some great managers and I have picked up little things that worked. I can coach, I can manage and I’m equipped with other strengths that can help. I’ve had a couple of interviews in the Football League but they have gone with the experience, but I don’t think I’m too far off.”