Safety not guaranteed for City of Derry 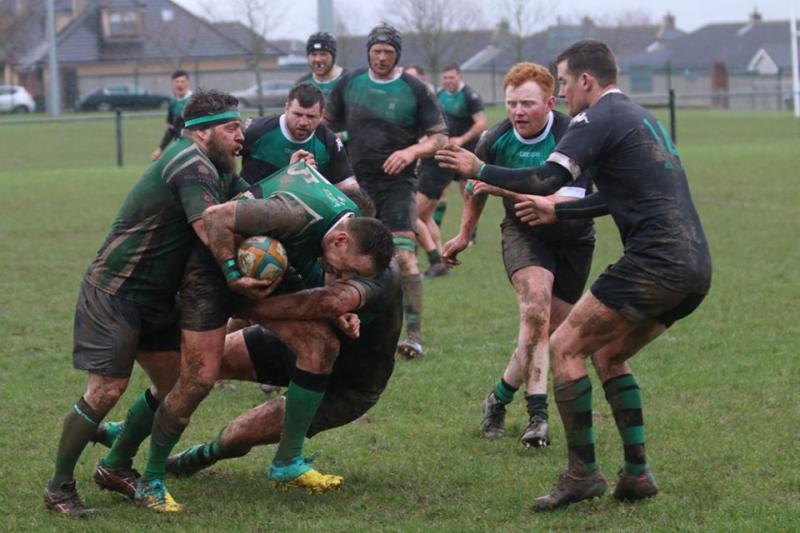 City of Derry lost at Clonmel in their last outing but they return home to face Sundays Well on Saturday.

City of Derry are targeting two wins from their last four games of the season to ensure their safety in Division 2C for next season.
While play-off talk has been on and off at different stages throughout the year, the nature of the division this year has been so unpredictable that they only certainty at this stage is the desire to stay away from the trapdoor at the bottom.
Derry will host Sundays Well this weekend hoping to get one of those wins out of the way, and all talk of a play-off place has been put on hold until then.
“That's the reality,” coach Richard McCarter told the Derry News.
“There's six teams separated by three points so it's going to chop and change but first of all, staying in the division is the most important thing.
“I've mentioned it before but we just need to get some level of consistency over these last four games.
“We feel we have to win two of them if we are to guarantee our safety and these two homes against Sundays Well and Omagh are massive for us. We're looking forward to getting back out on the pitch but we need to get a performance similar if not better to that Tullamore game.”
After an excellent victory over Tullamore at Judges Road, City of Derry travelled to Clonmel with the expectation that they could finally add to their one win on the road this season. Despite taking the lead in that game, Derry left Clonmel on the back of a 33-5 loss, wondering just what had gone wrong.
“The scoreline was definitely harsh on us,” McCarter said.
“We didn't deserve to win but 33-5 was definitely harsh. Conditions were brutal again but we just never got into a rhythm like we did the previous week against Tullamore. We didn't push home the wind advantage in the first half as well as we did that day and to be fair to Clonmel, they played well into the breeze.
“We missed a big opportunity at the start of the second half which could have changed the direction of the game but poor decision making and a lack of patience after going through about 30 phases let us down and then they hit us with three quick tries that ended the game as a contest. It was a disappointing afternoon for us .”

Horrendous conditions
Games across all four divisions have been postponed ijn recent weeks due to adverse weather conditions, but each of Derry's encounters have been played, resulting in the players facing some horrendous conditions. McCarter admits the conditions have had an impact.
“They definitely did,” he continued.
“What suited us against Tullamore was that the pitch stayed pretty firm so it meant that we would get more forward ball but down in Clonmel that wasn't the case. It was a big mushy pitch and the wind was blowing clean across the pitch, it was really exposed.
“It was the same for them too and they handled it better than us. They did to us what we did to Tullamore and once they got the tries after half time it was nearly impossible to get back into it.”