'Meaner and stronger' Coyle 'dozen' care who stands in his way 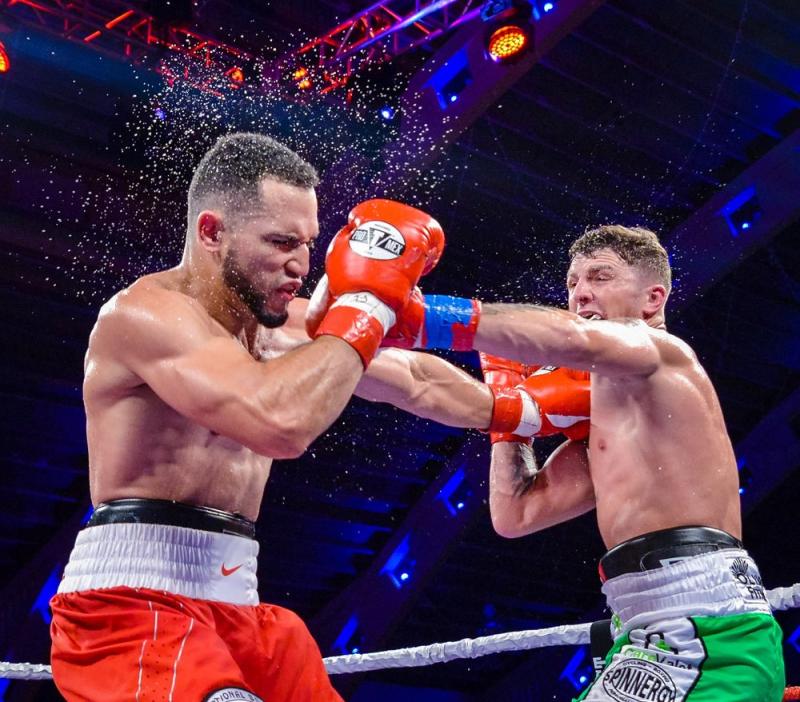 Danny Pastrana was one of four knock outs by Coyle so far.

Connor Coyle has stayed patient but is now ready to make 2020 the year when he breaks into the top ten middleweights in the world.
In the year that the Derry man turns 30, he begins at an unbeaten 11-0, a number he is determined to add to tonight when he steps into the ring against Miguel Dumas on a Roy Jones Promotions, UFC Fight Pass card in Washington.
Coyle has not been in action since August when he defeated Rafael Ramirez inside two rounds, a relatively straightforward outing which saw the Derry man floor his opponent before the corner threw in the towel before he had barely broken a sweat.
Since then Coyle has been working hard and preparing to face arguably his toughest opponent yet. Mexican Dumas has the same number of victories as Coyle, but twice as many knock outs, and his hard-hitting opponent will definitely be no pushover. The 27-year old had an incredible start to his career, winning ten straight fights, seven of which came by way of knock out. He hit a wall after that, losing two in a row, and was knocked out for the first time against Alexis Rocha in March 2018. He returned to action in November of that year and got back to winning ways against Rodolfo Manriquez. The whole of 2019 passed by with no fights for Dumas, but having slipped twice in recent times, there is no doubt that the Mexican will want to continue his comeback against Coyle. 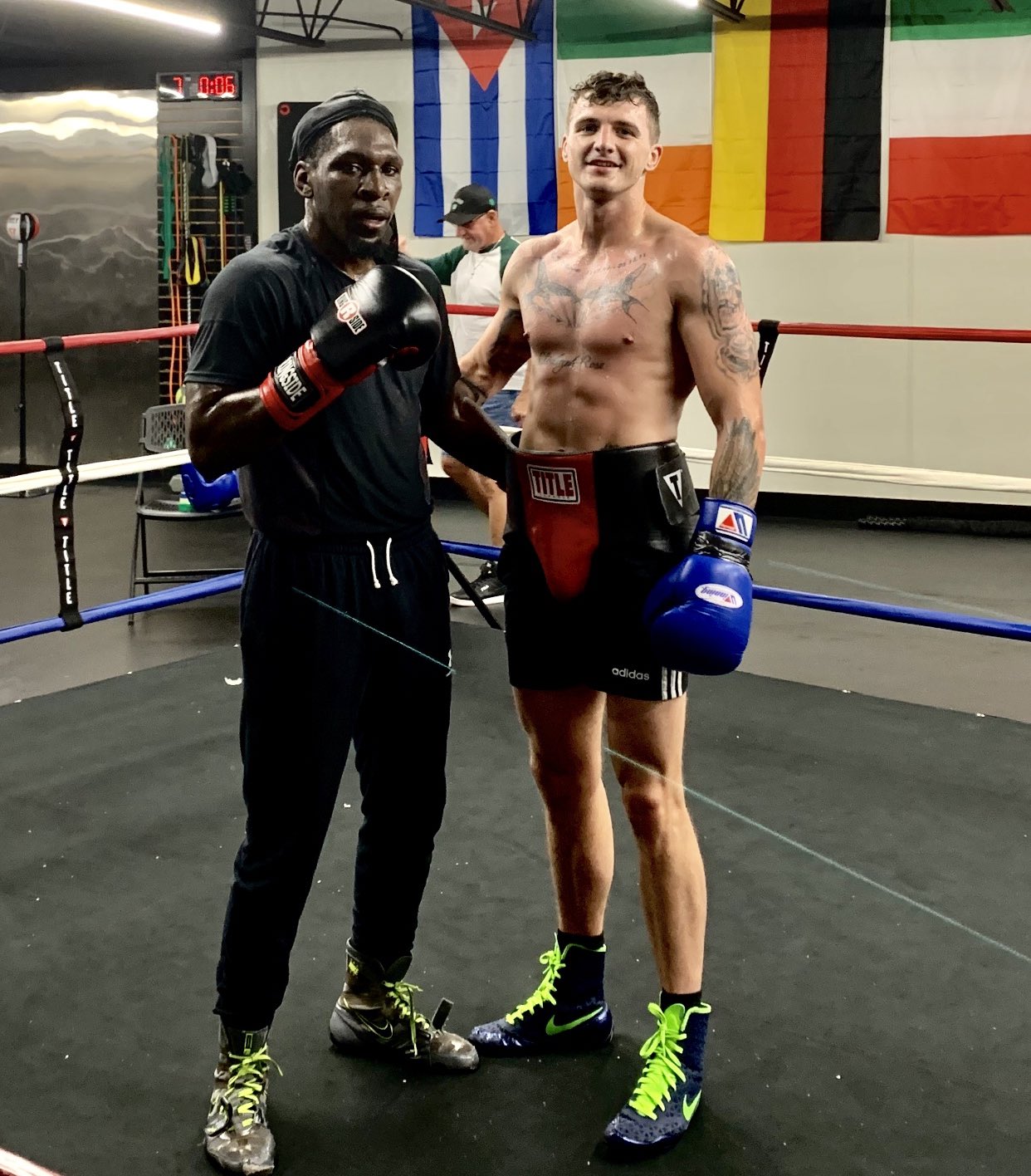 PICTURED: Coyle has completed over 100 sparring rounds in preparation of tonight's contest.

Coyle is well aware of the threat that Dumas carries but he is embracing the challenge, and has no doubt that he will be standing tall come the end of the fight.
“Experience-wise I’m not too worried but in the boxing game you can’t take anyone for granted,” he said. “Anything can happen in a fight. I know I’ve prepared to the best of my ability and I know I’m the fittest I’ve ever been because I’ve been training back home with Cahair relentlessly for well over eight weeks. I also had a full eight weeks strength programme with Kyle Wallace.
“My hands are good and I’m punching harder than ever now in the gym. I’ve been hurting sparring partners over here and my punching power has definitely gone through the roof so I have no doubt in my ability to hurt my opponent as well.
“Everything has been going well and my confidence is through the roof so I’m looking forward to the fight now.”
Joshua Maxwell, Calvin Metcalf, Danny Pastrana, Travis Scott, Robert Burwell and Rafael Ramirez have all been rungs on Coyle’s career ladder, and the former Commonwealth bronze medallist is determined that more names will be added to that list in what he believes will be a significant year in his life.
“I will be making a step up this year now,” he explained. “The opportunity hasn’t approached us for this fight so this is the best person we could have, regards fighting now. This year is definitely going to be a step up year and it will be a standout year for myself because we are planning to break through into the top ten in the world by the end of this year and possibly sooner. Once you do that you have to fight the best.
“After this fight I’ll be fighting people in the top ten in the world so it will be a massive step up. I’ve put the work in. Over the last three years we have worked at the right pace. The coaches haven’t rushed me, I’ve done my work and I’ve gained experience through training camps and fights so we’re ready to make the step up now.”

Preparation
Dumas has lost only two fights in his career, each outside of his native Mexico. He is now hoping that third time will be a charm as he visits the United States again, but Coyle is in no mood to be sympathetic, knowing how important each victory is at this stage of his career. Dumas may have lost his way of late, his first defeat really putting a stop to his momentum but Coyle is in no doubt that his opponent will be well prepared and ready to get his career going in the right direction once again.
“He’s put in a full ten week camp as well. He got the news just as I got the news so he’s had plenty of time to prepare,” he continued.
“I’m expecting him to be ready to fight and I’m expecting him to be fit. I’ve seen some clips of him and I know he’s strong and he’s definitely going to want to win so it’s going to be a war either way. I know he’s not going to be as strong as I am and I know he’s not going to be as fit as I am. I know my skill level will be too much so it’s going to be a great fight.”
The determination is clear in Coyle’s voice, a focus mixed with an undeniable belief that big things are ahead, not just tonight, but in the months to come. This will be his year.
“Now that I’m making this step up forward I need to have the belief in myself,” he admitted. “Every training camp I always have had something going on that has held us a back a bit but this camp has been amazing. I’m punching really, really hard and that’s one of the main things because I have such confidence in my hands that I’m not holding back in my punches any more in sparring.
I have a bit of meanness about me now in sparring whereas usually I just spar to get the work in. I’m pushing hard through the rounds in sparring and actually have over 100 rounds of sparring in this camp which is the most I’ve ever had without any niggle or anything like that and because of that I know that I’m more than ready.”
The fight is now just hours away and Coyle is ready, with his game plan already in place. 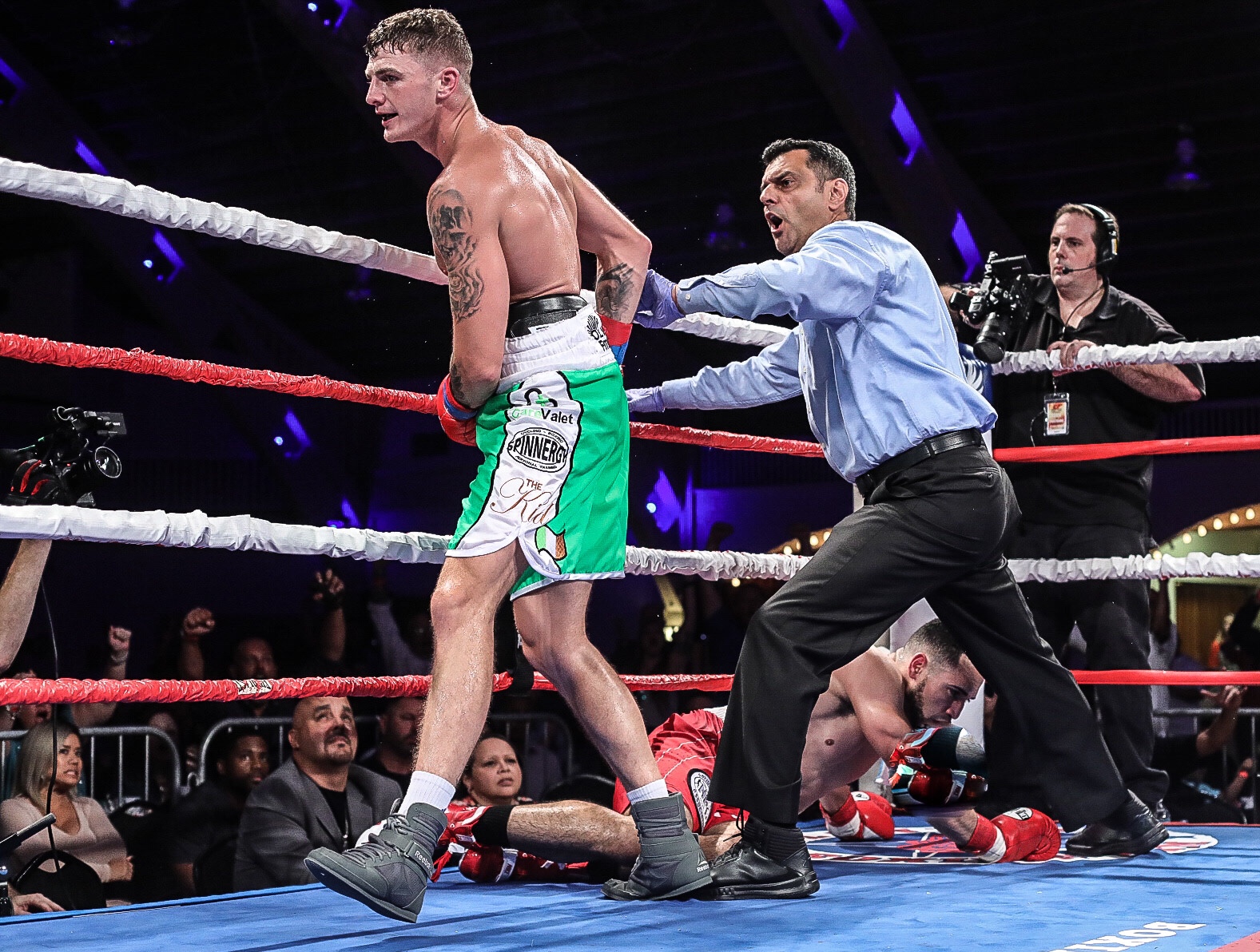 PICTURED: Connor Coyle feels stronger than ever ahead of his fight against Mexican Miguel Dumas tonight.

“I’m not going to get over-excited but I’m going to go into the centre of the ring straight away before he gets there and establish with the jab straight away which is the main thing,” he said. “Once I get the jab on point, everything just follows after that. It’s one fight at time, then I will sit down after it and sit what the next opportunity is and there could possibly be a fight in April or May.”