'Young players should not be afraid to talk'

I n the wake of the tragic death of Carrick Rangers player Jerry Thompson, Paddy McLaughlin has called on every Irish League club to take on professional help for young players 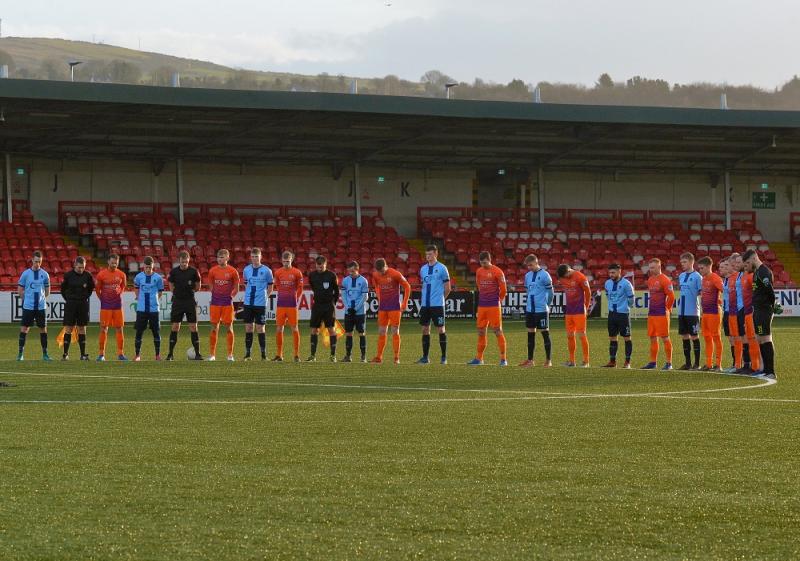 Players from Institute and Glenavon hold a minute's silence in memory of the late Jerry Thompson ahead of the Danske Bank Premiership game at the Ryan McBride Brandywell Stadium at the weekend.

Paddy McLaughlin has called on every Irish League club to take on professional help for young players in the wake of the tragic death of Carrick Rangers player Jerry Thompson last week.
Clubs across the league paid tribute to the 24-year old on Saturday, the day of his funeral, by each hosting a minute's silence ahead of the weekend's games.
The news has had an huge impact on players and clubs across the Irish League and beyond and Cliftonville manager McLaughlin admitted Thompson's death is a huge loss to everyone in football. 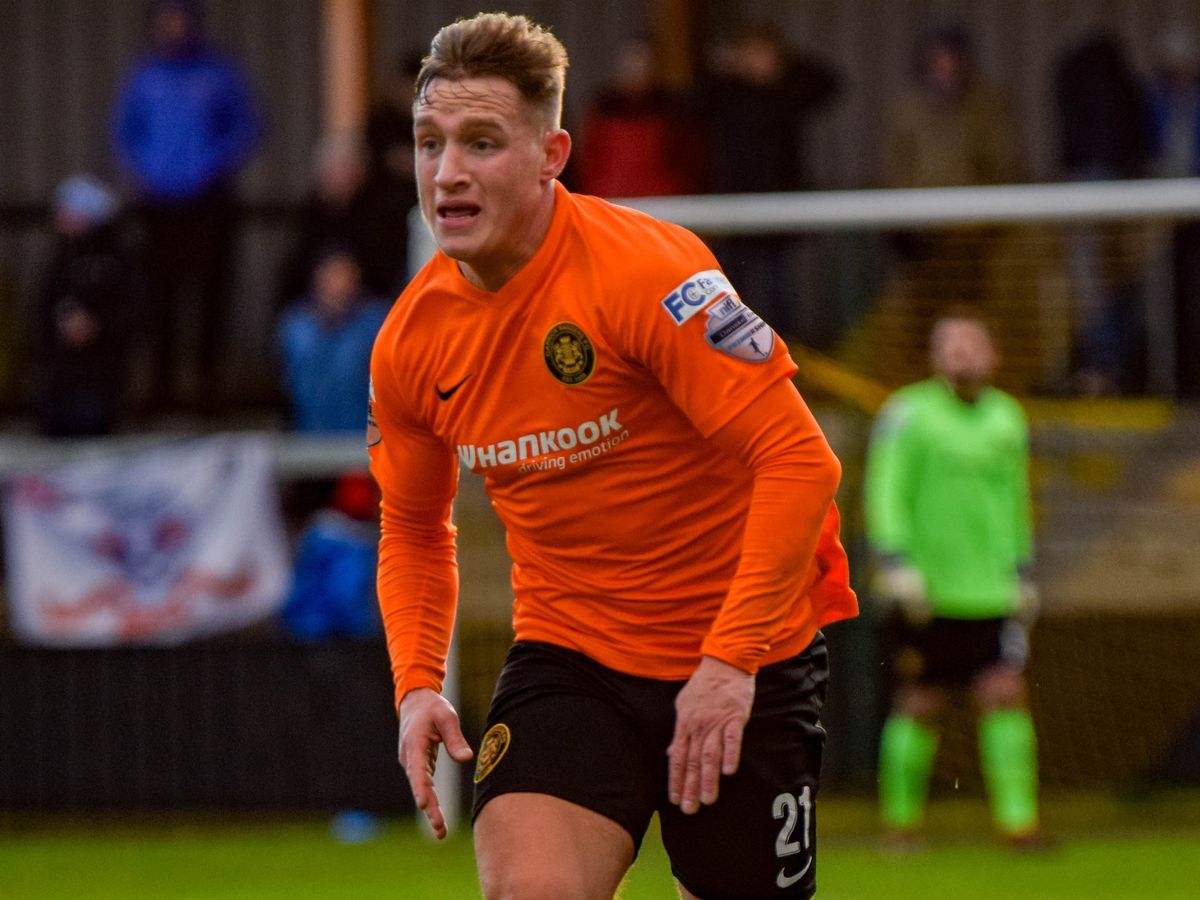 The recent death of Jerry Thompson has shocked fotoball.

“I only knew him as an opponent but he was one of those players you would always be looking out for in the other team because he had that bit of quality that you'd be worried about,” he said. “It's sad for his family and it's sad for football and my thoughts and prayers go out to his family, his team mates and also his friends. It's devastating to have this to deal with but sadly it's all too common in Northern Ireland at the minute.”
The nature of Thompson's death, particularly for someone so young, has resumed the conversation about the importance of mental health and McLaughlin agreed that today's youth are often fighting battles that few realise.
“It's a stark reminder of young players and what they have to deal with these days in terms of social media and the pressures of life,” he continued.
“Some of them take on the pressures of the world and it doesn't have to be like that because there are people out there who can help. There's probably not enough help on hand for young people in general, not just footballers so I think we should all be looking into that a lot more. I don't think there's enough done about it in general, but at club level I think every club should be looking into it. I think every club should have someone on board who young players can come and speak to about anything at all.
“To be fair to Cliftonville and I know a lot of clubs are the same, they have a club chaplain on board and ours is there every training session and there every game. He's there to speak to anyone about anything at all, good and bad, and it's good to have that about.
“Maybe clubs should be looking to have professional help on site at all times for young players because the pressures of life do get to them a lot and they have so much to deal with so perhaps clubs should look into that.”
The loss of Thompson will be keenly felt in footballing circles for some time to come and McLaughlin emphasised the importance of remembering his legacy.
“It would scare you,” he admitted.
“It would scare you thinking about how the mind works and how young people think. Jerry had a young family, and he was a hard-working young man and he was playing in the Irish League and people would probably look and say he has everything he needs, but people don't know what goes on in other's minds and what they're dealing with behind closed doors.
“This would probably scare a lot of players into seeking help and if there is any good to come from it, hopefully it does encourage people to seek professional help and be more open with their problems.”