Institute will be hoping they are not in for a Linfield backlash when they host the Belfast side at the Ryan McBride Stadium on Saturday. 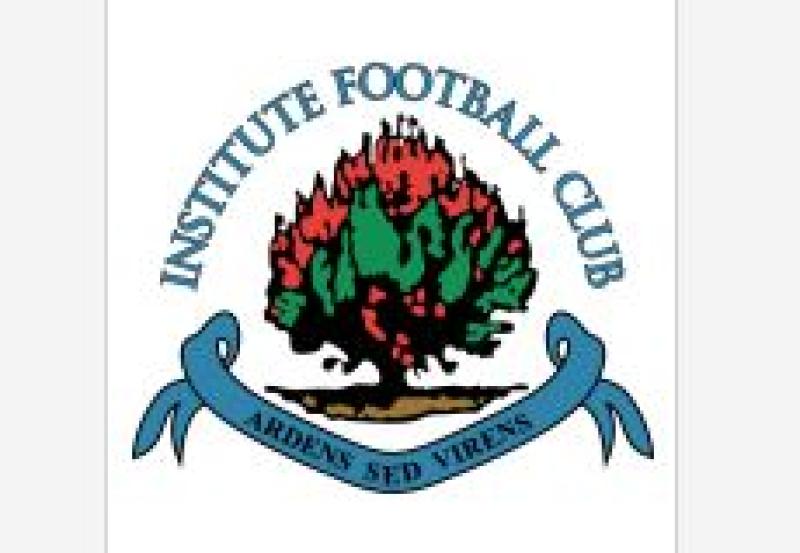 Institute will be hoping they are not in for a Linfield backlash when they host the Belfast side at the Ryan McBride Stadium on Saturday.
The Blues come to the north-west having slumped to a crushing 6-0 defeat against SSE Airtricity League champions Dundalk in the second-leg of the Unite The Union Champions Cup on Monday night, after drawning the first leg 1-1 at Windsor Park.
However, ‘Stute boss Sean Connor is unsure as to just what the impact of that heavy defeat will be.
“It’s not good for us whatever way you look at it,” he told the Derry News.
“You do not know how serious they were about it. Dundalk were just coming off the end of a great season. It’s hard to judge, but we are not reading too much into,”
Given that Linfield are fourth in the table, and eight points adrift of Coleraine, they will be coming to Derry determined not to lose any further ground.
With four wins in their last five league games - the defeat was against Coleraine - it’s certainly going to be another testing day for ‘Stute.
But a string of draws and encouraging performances in recent outings has given them hope.
And while a point would be a decent return, Connor insists that he will not be going out looking for a draw.
“Every game we play, we are going out to try and win,” he explained. “If you go out looking for a point it can be a difficult place to be mentally for the players.”
Connor expects to choose from the same panel that was available for the 1-1 draw against Glentoran last Saturday,
“It’s a massive task and it’s not getting any easier,” he noted, pointing out that the next two games are against Ballymena United and Coleraine.
“But,” he added, “there is a good buzz about the place and among the players and they are believing in what we are trying to get them to but into.
The game should attract a decent crowd to the venue, but the fact that Northern Ireland are playing on Saturday will have some impact.
The game has been brought forward to 1.00 pm.
“It’s not ideal,” he commented, but he still feels that Linfield will bring big support as there willbe plenty of time to get back to Windsor Park for the international.
Linfield have beaten ‘Stute in their last seven meetings, scoring 20 and conceding just two goals.
You have to go back to 2014 for the last league meeting between these sides in which Linfield failed to win. Twice that season, ‘Stute managed to earn a 1-1 draw.