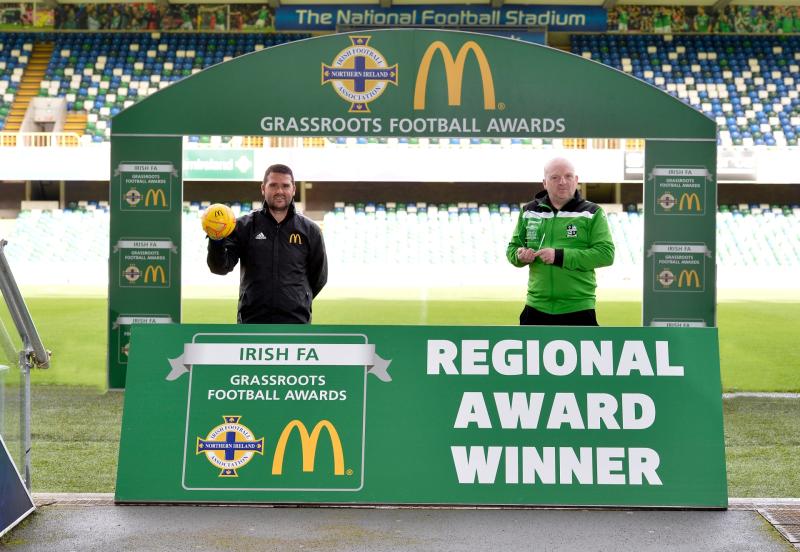 Local soccer club Draperstown picked up another award when they were selected as regional Club of the Year at the McDonald’s Irish FA Grassroots Football Awards.

In it's 19th yearthe scheme has honoured the regional footballing heroes who are integral to the local game right across Northern Ireland.

Through their clubs, the various winners have made a significant and positive civic impact both on and off the pitch during Covid-19, helping the game to return safely within their communities.

"Year on year the McDonald’s Irish FA Grassroots Football awards recognise the incredible work and commitment of football clubs and volunteers within the grassroots game, who give their time to enable it to flourish and grow," said former Northern Ireland striker David Healy.

"Over the past few months in particular, the proactive and valuable community work from local grassroots football clubs has been a huge credit to all involved. The awards are so important in honouring the volunteers and unsung heroes of the grassroots game who are the heartbeat of clubs and communities and contribute hugely for the good of football in Northern Ireland.”