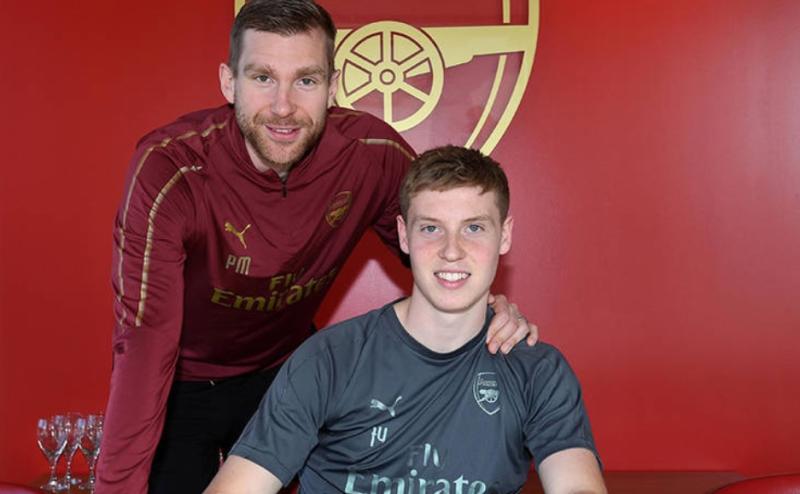 There was a Derry link to Arsenal's midweek win over MK Dons.

London born Mark McGuinness', son of Limavady native John who moved to the USA to pursue a university scholarship before setting in England.

Mark signed professional terms with English Premiership giants last April, after being on the club's books since the age of 10 and was introduced from the bench by boss Mikel Arteta.

The Republic of Ireland U19 international bagged the Gunners’ third goal in a 4-1 victory, their first friendly before the new season.

The young defender has made 18 appearances for our U18s last season, scoring three goals.  From there, he moved to the U23s and has been promoted to the senior squad under Arteta.

It was the last game for the FA Cup champions before Saturday's Wembley date with Liverpool in the Community Shield against Premier League champions Liverpool.