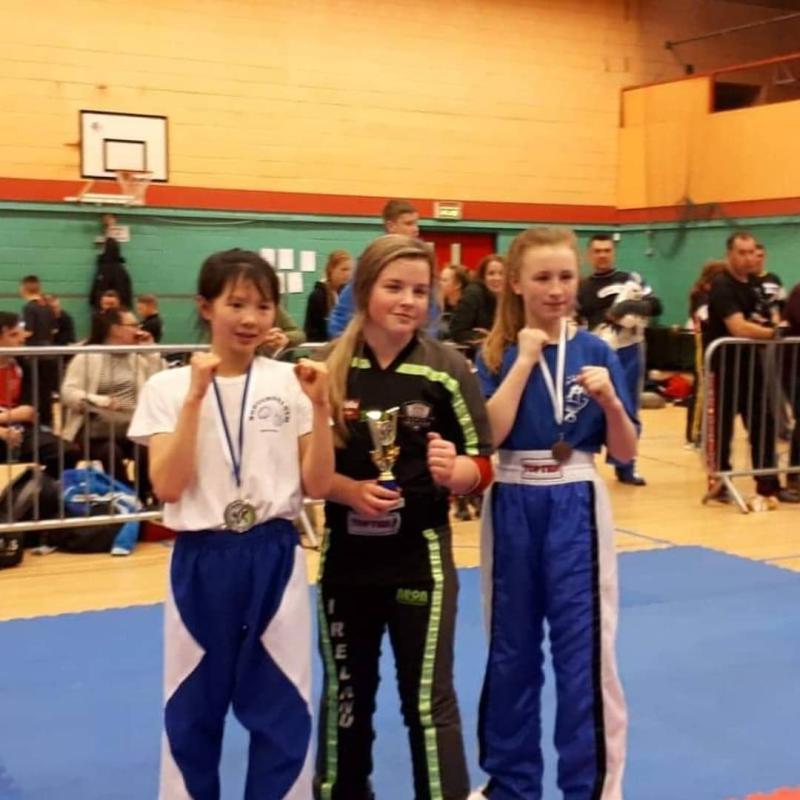 Dungiven's Alex Moore concluded her 2019 season with more success at the recent North East Open in Monaghan, winning all four of her fights.

The 13 year-old, who trains with Kelly Free Style Martial Arts, has enjoyed an amazing start to her career and has accrued 27 podium positions.

She also won gold in the team event in the Irish Open and Silver in Hungarian World Cup Teams and making finals of a few grand champions and was nominated by KBI for athlete with distinction and points fighter of the year.