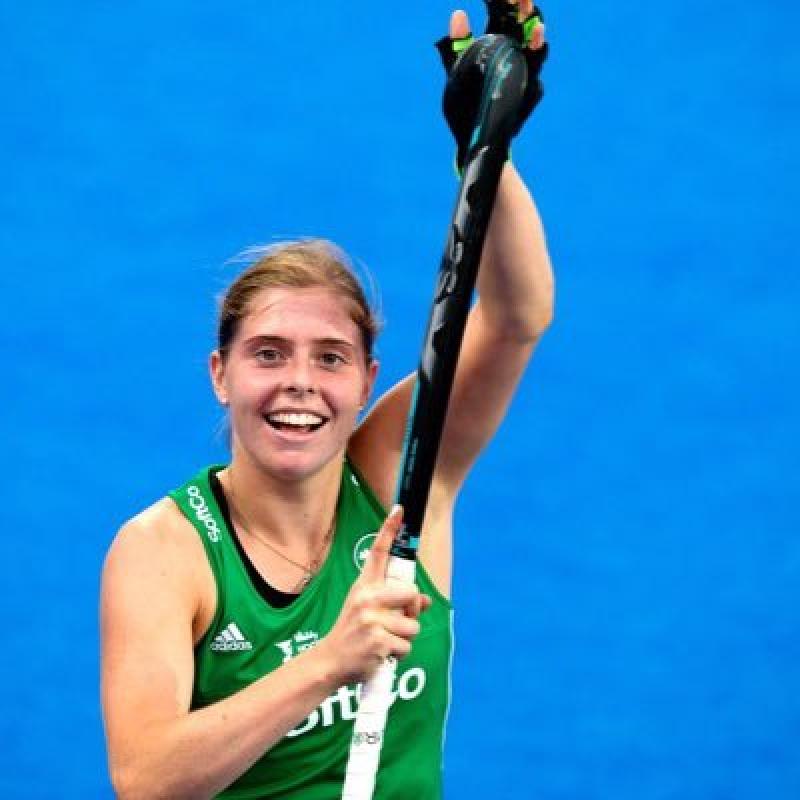 Katie Mullan is heading to the Olympics

A former camogie player in Derry will captain the Irish Ladies hockey team in the Olympics next year.
And Katie Mullan (25) is hoping that her side can make their mark.
Last weekend, Ireland defeated Canada in a two-legged play-off with a crowd of 12,000 watching them qualify in Dublin - after a dramatic penalty shoot-out.
Mullan, who hails from Coleraine, played camogie for Eoghan Rua and helped them to win the 2010 All-Ireland Intermediate Club Championship.
She actually came on as a substitute in the final, a 3–8 to 2–3 win over Laois Harps.
Mullan began playing hockey at Dalriada School.
They will be among 12 nations looking to claim a hockey medal in Japan next summer.
"There's no reason why we can't do some damage and even look for something big in Tokyo," said Mullan, who added: "We got to a World Cup final last year and we are going out to Japan to punch above our weight as we always do."