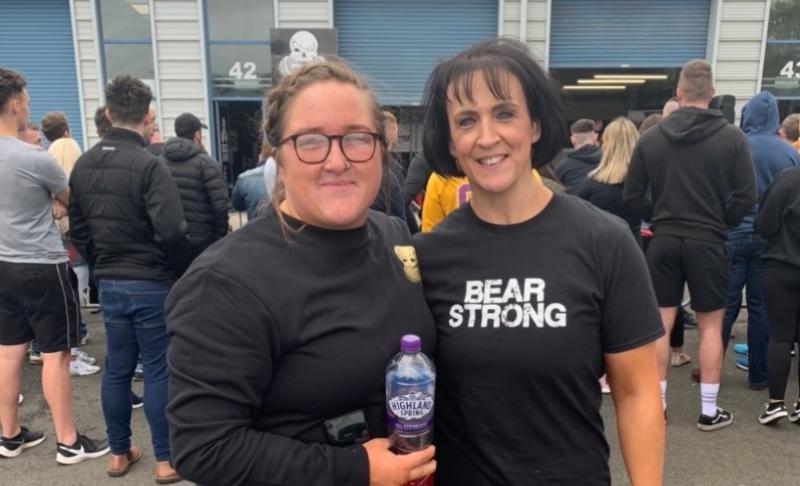 Two Irish strongwoman records are now held by Derry women after Craigbane's Gemma Moore joined Dolores McGuckin at the top of the sport this year.

Earlier this month, Gemma set a new record of 265kg, in the open weight category, in the Shankill Barbell Deadlift Championship, despite only being involved in the sport for seven months.

The 25 year-old, who played Gaelic football for Craigbane, started off the sport in a bid to lose weight and has since really excelled. Since then, her aunt Ciara got her on board with City of Derry Rug by Club.

“My journey started at the gym where my original goal was to lose weight which I did,” Gemma points out. “Then, over time, I realised strength is key and that I had plenty of it so I then invested in a coach.”

In September this year, Gemma dead-lifted 246kg at the championships in Derry before setting her 265kg record, one that less than 10 females in the world have achieved.

“My next competition is Ireland's strongest woman in Derry in March next year and I will attempt the world record in April,” she adds.

“Achieving these targets gives me the itch and desire to get stronger and better”.

“I should be in the masters category as an over 40, but compete in a weight category by choice as it was more challenging,” said Dolores, who is originally from Dungiven.

In September, she broke her own record for the fourth time, also at MK Fitness in Derry, setting a new Irish Record of 190kg, at the U82kg category, in the process.

“My goal is to hit 200kg and I’m making it my mission,” Dolores stresses.

“It’s quite unusual that both the middle weight and open weight records are now held by strongwomen in the north as they were previously held by strongwoman in the south of Ireland...coincidentally we are both from County Derry.”

Last month, Dolores also competed at the championships in Shankill and took first place in her weight category.

“This was a strange experience and as an elite event during Covid it was held behind closed doors with no spectators allowed,” Dolores added.

“This was the first time I travelled alone to any competition and I was concerned about competing in these unusual circumstances however the other competitors were very supportive of each other in the absence of spectators.”

Like Gemma, Dolores is eyeing Ireland's Strongest Woman 2021 and defending her U82kg title.

“Following this competition I plan to compete at Record Breakers in 2021 in Belfast during the month of April where I will attempt to break my own Irish record again.”

As 2020 comes to a close, Gemma and Dolores both aim to bring their performances to the another level next year.