Derry skipper not in favour of new sin-bin ruling 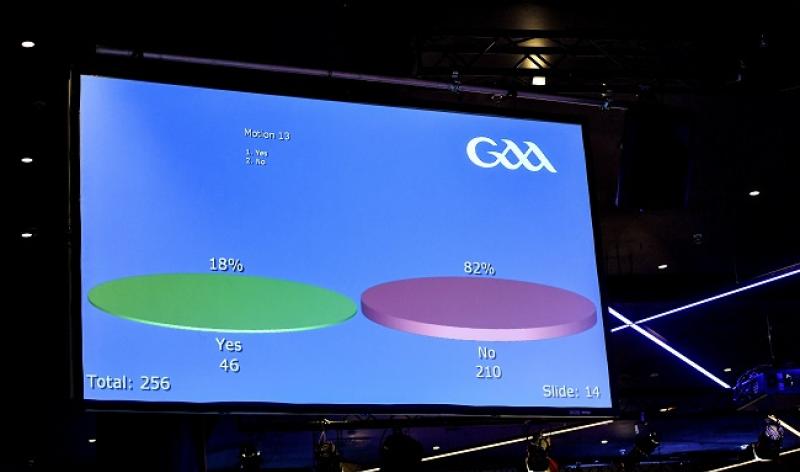 He might be an attacking player, but Derry captain Cormac O'Doherty doesn't see the benefit of the black card.
At this year's congress, 61 percent of delegates voted in favour of a rule deemed to be a deterrent for cynical play in hurling.
If a player with a goal-scoring opportunity either inside the 20-metre line or the semi-circular arc is pulled down, tripped, or struck with a hurley in a careless manner then a penalty shall be awarded and the offender will be yellow-carded and sent to the sin-bin for 10 minutes.
It is a second caution, that merits a red card the player would miss the rest of the game including extra-time.
“I can understand them trying to make the game better, I don't see what it brings to it,” O'Doherty stated.
“You can always pick out one or two moments when it affected a game, but as a whole I don't see the need to chop and change rules every year.”
They are making it harder for players and they are making it harder for referees..I don't see the benefit of it.”
The one thing that has appealed to him is the new split season that allows players to fully focus on the county scene until their team's season is over. It is 'new ground' and it will take time to adapt.
Through his underage, O'Doherty was often balancing school, club and county action.
“You know what is happening and when it is happening,” he said. “It is set in stone, you will see going forward if it is successful and hopefully it is.
“It is a different mindset. Players grew up playing different sports and it was every night of the week...it is something you got used to.
“It is a bit of an adjustment, it is good to have that focus where you can give all that energy to one team. You'll only see over the next few years."