Magherafelt no longer has the highest rate per 100,000 population. 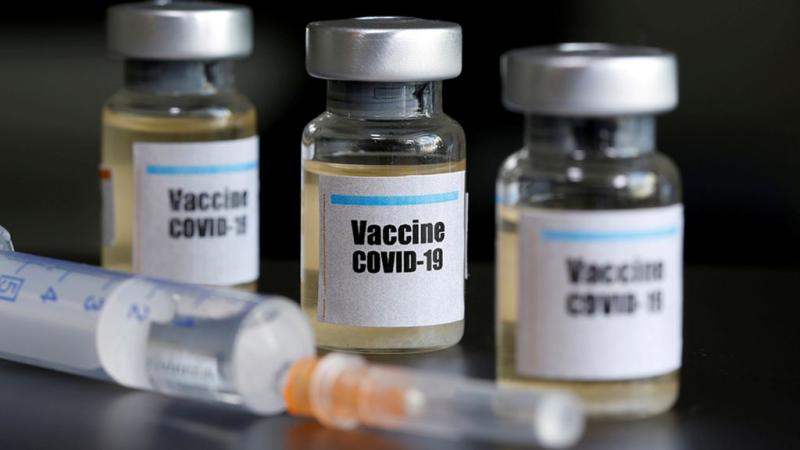 The number of positive Covid-19 cases identified in County Derry has fallen into single figures for the first time since postal data began to be published in October 2020.

A total of 96 cases of the virus were reported in the county's postal areas over the last seven days, bringing the overall rate per 100,000 down to 38.7. 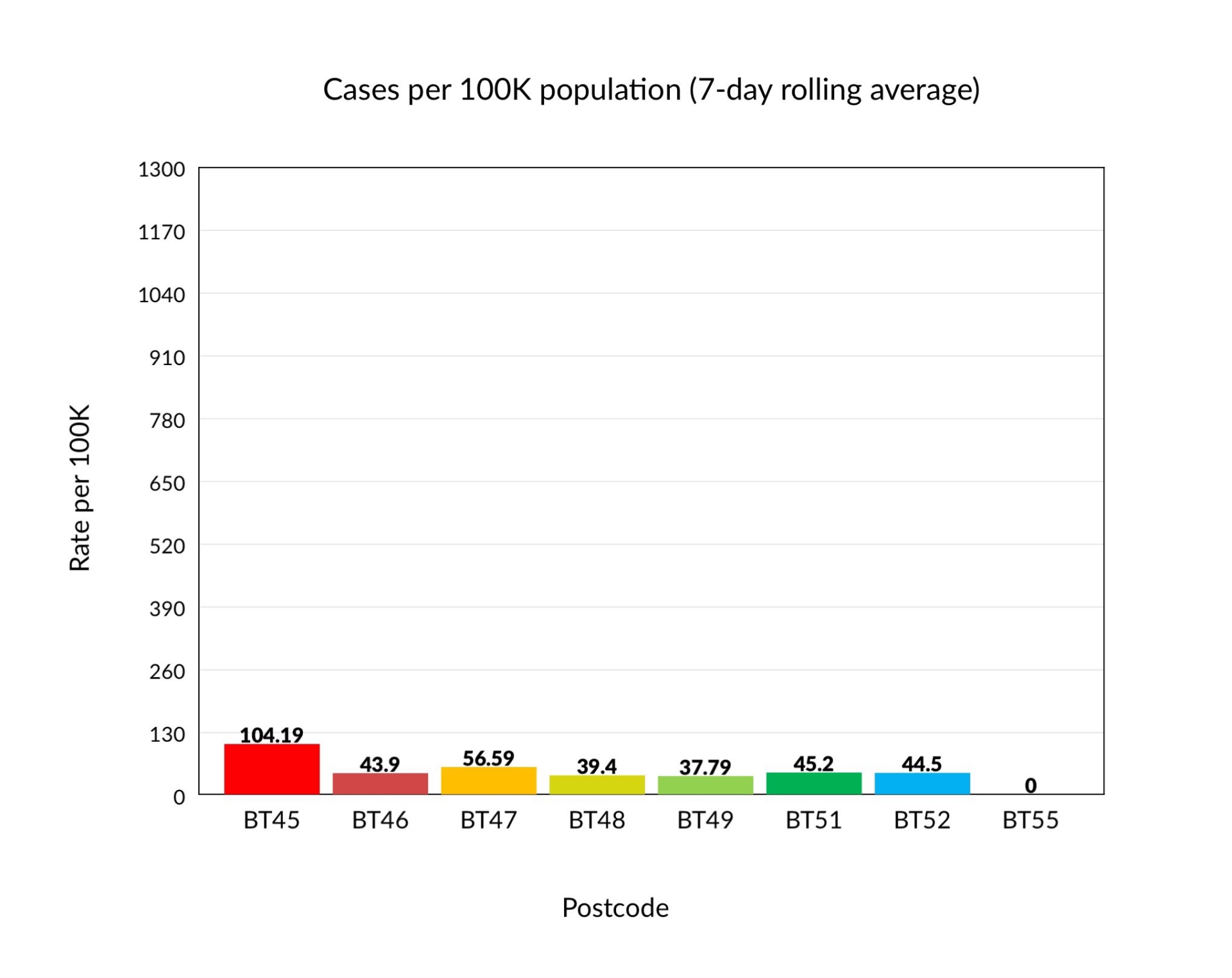 Magherafelt no longer has the highest rate in Derry, with Limavady taking over the mantle at 71.5. Portstewart retains the lowest rate, but one identified case has pushed it up from zero to 12.2.

The largest decrease in case numbers also came in Magherafelt, where a 59% drop in cases was recorded, while the largest increase, Portstewart excepted, was Limavady on 47.1%.

Maghera (6.5%) experienced the highest percentage of positive cases, with Portstewart (1.1%) recording the lowest. Just 2.9% of the 3,296 tests completed in the county were positive. 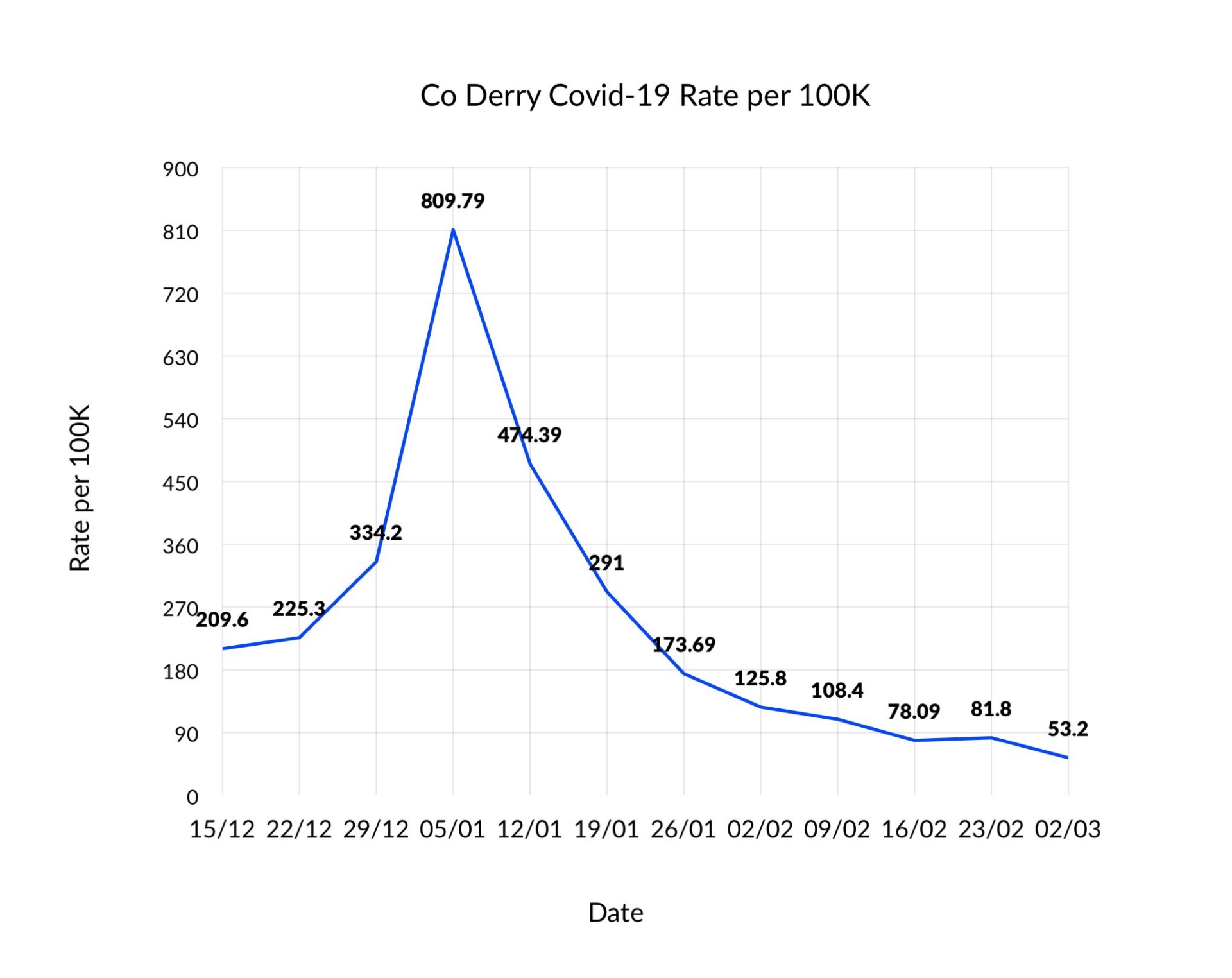 Three deaths have been recorded across the county's local government districts, with one death each in Causeway Coast and Glens, Derry City and Strabane and Mid Ulster over the last week.

Eighty patients are being treated for the virus within the Northern (38) and Western (42) Trusts. Antrim Area Hospital has 25 Covid inpatients, Causeway Hospital has 7 and Altnagelvin Hospital has 25.

A total of 588,803 first doses of the vaccine have been administered in Northern Ireland, meaning 31% of the population have now received at least their first dose. 42,851 have also received their second dose.

It brings the death toll recorded by the department to 2,077. 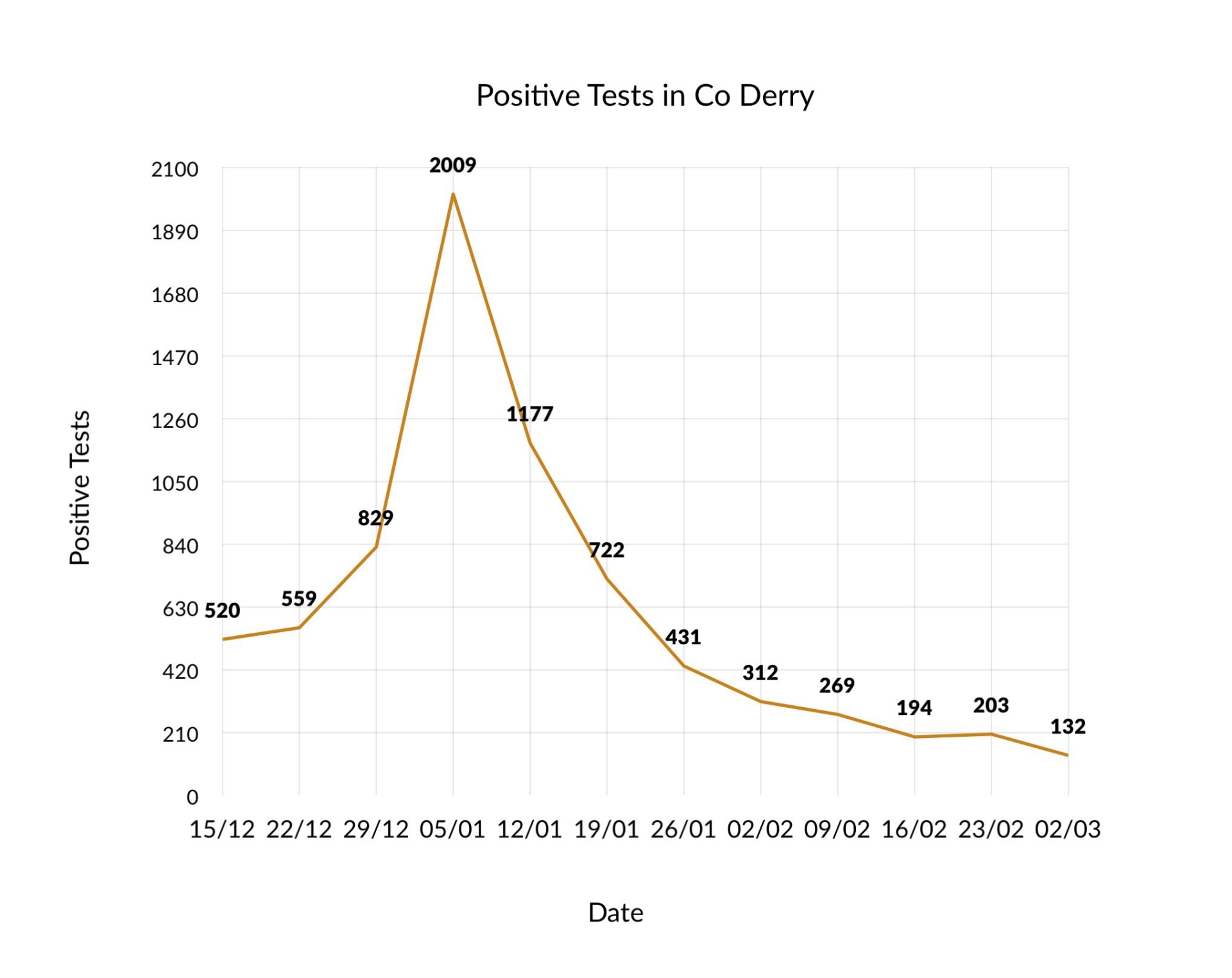 Meanwhile, Education Minister Peter Weir is to bring forward a proposal to scrap the plan to pull P1-P3 children back out of classes on March 22.

NI's youngest pupils returned to school on Monday for the first time since before the Christmas break.

Children in primary one to primary three (aged four to seven) and those in nursery and pre-school went back to class. 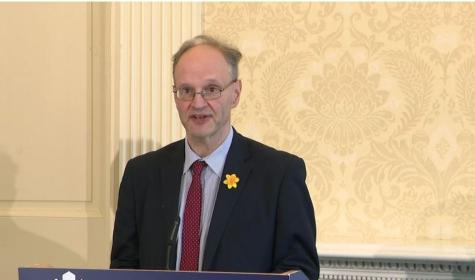 The plan is that they will then return to remote learning on 22 March.

However, Mr Weir said this does not make "enormous sense" and he will bring a specific proposal to the executive for those year groups to continue in the classroom.

"I think we need to see continuity of learning," he said.