The Dungiven man says he spent 15 hours in custody before being unconditionally released. 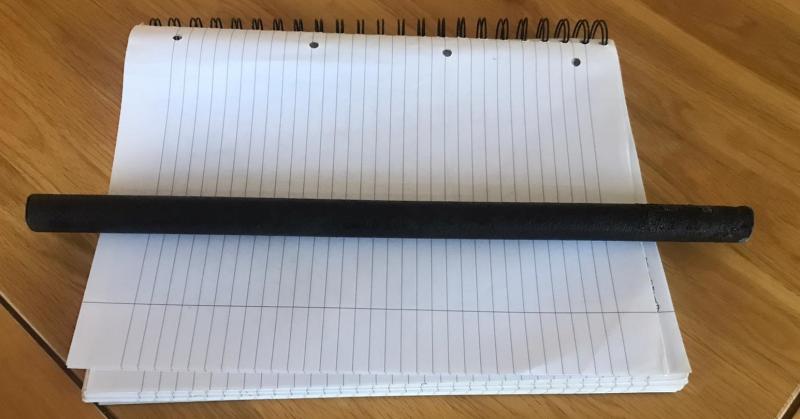 The item in Dermot's van police suspected was a 'pipe bomb'.

A complaint has been lodged with the Police Ombudsman over the arrest of a County Derry man earlier this month.

Dermot Burke, from Dungiven, said he was left shaken after he was arrested by police following a stop and search operation on the town's Main Street on Thursday, February 4.

Mr Burke was taken to custody in Coleraine, with his van removed to Limavady, but police have confirmed he was later released unconditionally.

“Police arrested a man, aged in his 50s, in the Main Street area of Dungiven on the night of Thursday 4 February,” said a PSNI spokesperson.

“The man was arrested on suspicion of two counts of possessing an offensive weapon in a public place.

“He was later released unconditionally,” added the spokesperson.

The arrest centred on an iron bar found in the van, which Mr Burke claims police wrongly thought had been a 'pipe bomb'.

“They took me out for a stop-and-search, which is fair enough, but they thought I was carrying something in the van,” said Mr Burke.

“They put me through hell on the Main Street. They handcuffed me against the wall.

“They then arrested me and took me to Coleraine police station and took the van to Limavady. They found nothing, but they locked me up for the guts of 15 hours.

“What they thought I was carrying was what they handed me back when they opened the doors in Coleraine, which was a lump of an iron bar, about a foot long.

“They interviewed me for about three quarters of an hour. I explained what it was for and they were happy enough to let me out on the street in Coleraine and me standing with it in my hand.

“The handcuffs were on for two hours on my hands. They called a doctor around 3 or 4 o'clock to examine my hands.

Local councillor, Sean McGlinchey, said Mr Burke had been on his way to find the foreman of a nearby building site where a number of youths had been engaging in anti-social behaviour.

“It's a total disgrace the way they treated him and him trying to explain what they were at. He explained what it was for and they thought it was a pipe bomb,” said Cllr McGlinchey.

Mr Burke's legal representative has lodged a complaint with the Police Ombudsman which investigates allegations of misconduct against the PSNI.

The County Derry Post contacted the Police Ombudsman but no one responded in relation to the incident last week.