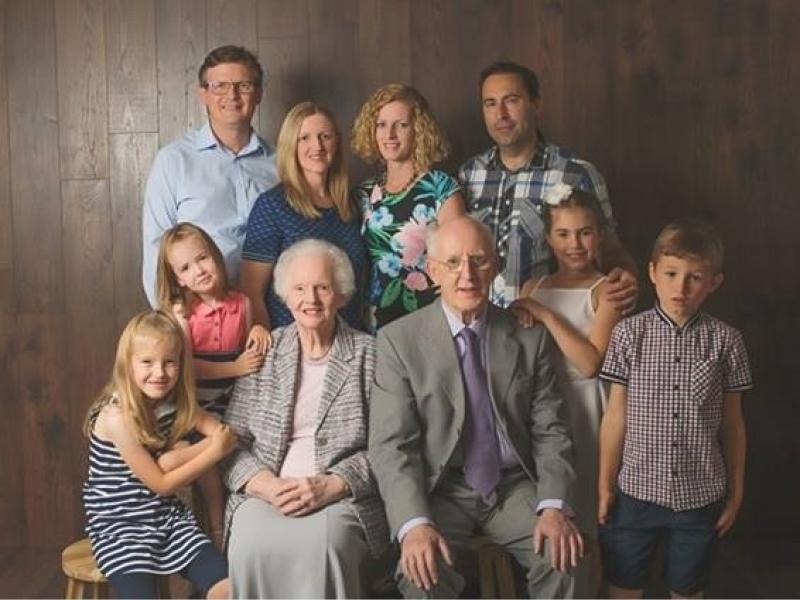 Albert Smallwoods knew poverty and hardship as a child.

His father was often unable to work due to illness, so the family had to scrape by on just a few pounds a week.

In the years since then, Albert has raised hundreds of thousands of pounds to end poverty and save lives in the world’s poorest countries.

Now aged 83, he has pledged to leave a gift in his Will to Christian Aid.

Albert, who lives in the Waterside, is a lifelong humanitarian, a leading Church of Ireland layman and a stalwart supporter of Christian Aid.

His life of service to his Church and to more than 40 charities was recognised with the award of an MBE.

In fact, Albert has received so many plaudits and awards that his wife has dedicated an entire room of their home to display them.

But his early years were tough.

“My father, Joseph, drove a horse and cart, delivering goods from the railway station to shops and offices,” he said.

“His asthma meant that he couldn’t work for many months at a time and often we wouldn’t even have the money to buy coal.

“My mother, Elizabeth, looked after the home and family. She was very house proud. But she suffered illness for many years and died when she was just 53.

“I was the third of four children – I’m the only one left.

"We lived in a small house on the Dungiven Road without electricity or running water. There was no bathroom, just an outside toilet.

"I was born two years before the outbreak of the Second World War and I remember the blackouts and the food rationing.

"An air-raid shelter was built immediately outside our front door, so close that it blocked our light and we lived in near-darkness. Times were hard then.”

Albert began his career as an apprentice engineer at the local Electric Light Station, aged 15, before moving to Coolkeeragh Power Station where he was engineer-in-charge from 1970 until his early retirement in 1994.

But it was his decades of unpaid work for the Church of Ireland, Christian Aid and dozens of other charities that earned him an MBE in 1992 and saw him named ‘Pensioner of the Year,’ a decade later.

He has also been made a Knight of the Order of St John and in 2005, he was among eight people from Northern Ireland selected to attend a special reception at Buckingham Palace to mark UK Year of the Volunteer.

A member of Glendermott Church of Ireland near Altnagelvin Hospital, Albert recently completed 50 years' service in a variety of positions in his parish.

His Christian faith and his compassion for those living in extreme poverty led him to become involved with Bishops’ Appeal – the Church of Ireland’s world develop- ment committee which raises funds to support the work of Christian Aid and other agencies.

For 40 years, he sat on the board of Bishops’ Appeal, raising funds throughout the Derry and Raphoe diocese and travelling by train to board meetings in Dublin. And he’s proud of his staying power.

“I didn’t just stay with an organisation for five years, I stayed for 40 or 50 years.”

During those years, Albert persuaded churches in the Derry and Raphoe diocese to support Bishops’ Appeal.

“I used to ring them up and make a nuisance of myself. By the time I’d finished, 100% of the churches were contributing to Bishops’ Appeal.”

"I doubted we would ever reach that target because the £60,000 for Kenya had been a real struggle but Ken Good (former Bishop of Derry and Raphoe) told me to have faith. In fact, we raised £117,000. Those mosquito nets help to prevent malaria and saved countless lives.”

Between 1990 and 1998, Albert also helped to govern Christian Aid Ireland, serving the maximum eight-year term on its board. In 2007, he visited Christian Aid projects in India, an experience that has stayed with him since.

“I couldn’t believe the poverty. There were no toilets, no running water. Children without clothes or food. Women carrying basins of cement on their heads. You have to see the conditions there to believe them. It was really shocking.”

On his return home, Albert spoke in churches throughout the Derry and Raphoe diocese and gave interviews to radio stations and newspapers, inspiring others to support Christian Aid’s work.

So, why has he decided to leave a gift in his Will to Christian Aid?

“I want to carry on my life’s work after I’m gone,” he said.

Albert has been married to Vivian since 1974. The couple have two daughters, Gillian and Nicola, and four grandchildren. 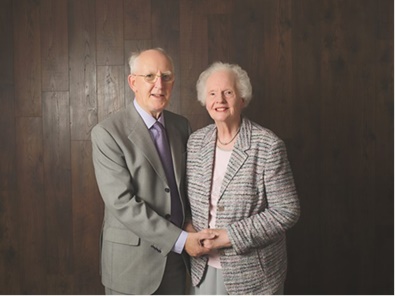 He said his family were supportive of his decision to leave a gift in his Will.

“I’ve really enjoyed my life. I’m grateful because when I was 19, I had rheumatic fever and a heart murmur. My GP said he doubted I would see 50. I'm now in my 80s, so I feel very blessed.”

“He is a man of great integrity and honesty, and a man of his word. If he agreed to take on a role, he would complete it to the very best of his ability. There was no such thing as attending two meetings out of four; Albert would attend every meeting, even during the Troubles and despite having to travel home late at night - whether or not there was snow on the Glenshane Pass.

“I never once saw him lose his temper or raise his voice. He is a very reliable person and a very generous person.”

However, Albert saves his last words for his wife of 46 years.

“I want to acknowledge that the work I’ve done to support charities and my church wouldn’t have been possible without the kindness and support of my wife, Vivian.

“She’s been my rock throughout and to her I express my heartfelt thanks.”