The Bellaghy singer was an integral part of her old school's music and performing arts department. 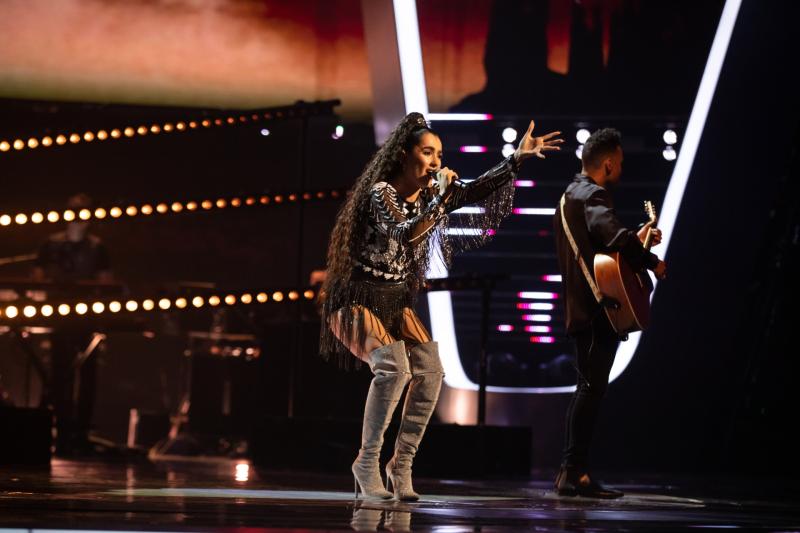 “You ain't seen the best of me yet. Remember my name.”

Local Voice UK finalist Brooke Scullion was just 16 when she took on a leading role in a production of 'Fame' at her old secondary school, St Patrick's College in Maghera.

It's unlikely she would have been aware of how prophetic the finale's lyrics would prove, but her former music teacher Jolene Conway was already thinking ahead.

“It's amazing how things have worked out,” she told Derry Now.

“From a leading lady in that musical, she's now gone on to a much bigger stage. I thought it was quite prophetic, I looked back at it the other day.

“When she was performing then, you could see what was ahead of her. She was very easy to cast. By Year 14, she was Head Girl and we ran a 'Magic of the Musicals' show.

“She was Deloris Van Cartier in Sister Act and then went on to be Donna, the mother from Mamma Mia.

“In between, she was part of the choir and competitions all through school, but she was an integral part of the performing arts and music department.” 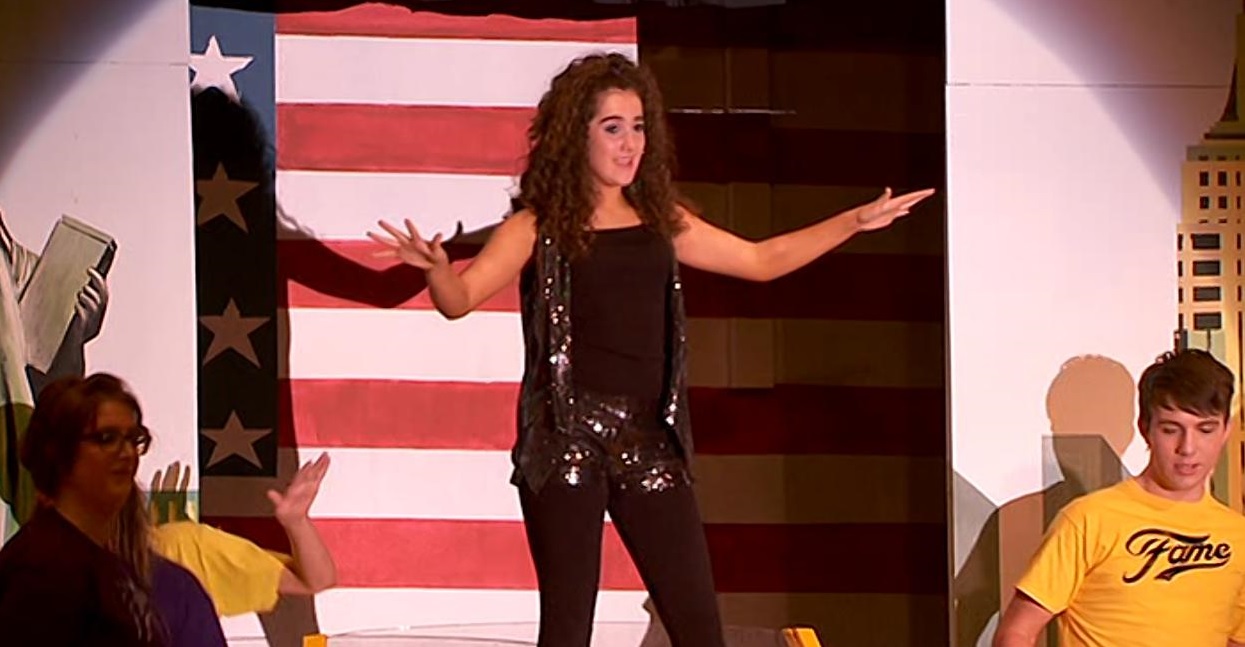 Even as a Year 12, Brooke's voice was already instantly recognisable throughout the corridors of 'St Pat's'.

Two years previously, while competing as a Year 10, the Bellaghy singer blew away the competition to win the school's 'Stars in Your Eyes' talent show.

“She was one of the youngest in the competition. She had entered just by chance, really. She had been involved in choir, but this was her first big solo on stage in front of an audience at night,” said Jolene.

“After winning that competition, people got to know the voice, and then she became involved in the musicals we would have run in school as well.

“It's funny, she sang 'Stay' by Rihanna, and that was the same song she sang in the knock out stage of the Voice. So, all those years later, she sang the same song.”

Brooke's rise has been meteoric since The Voice competition's early rounds in a pre-lockdown 2020.

As well as clinching a place in the final last weekend, she used the imposed hiatus caused by the Covid-19 pandemic to release a debut single – 'Attention'. 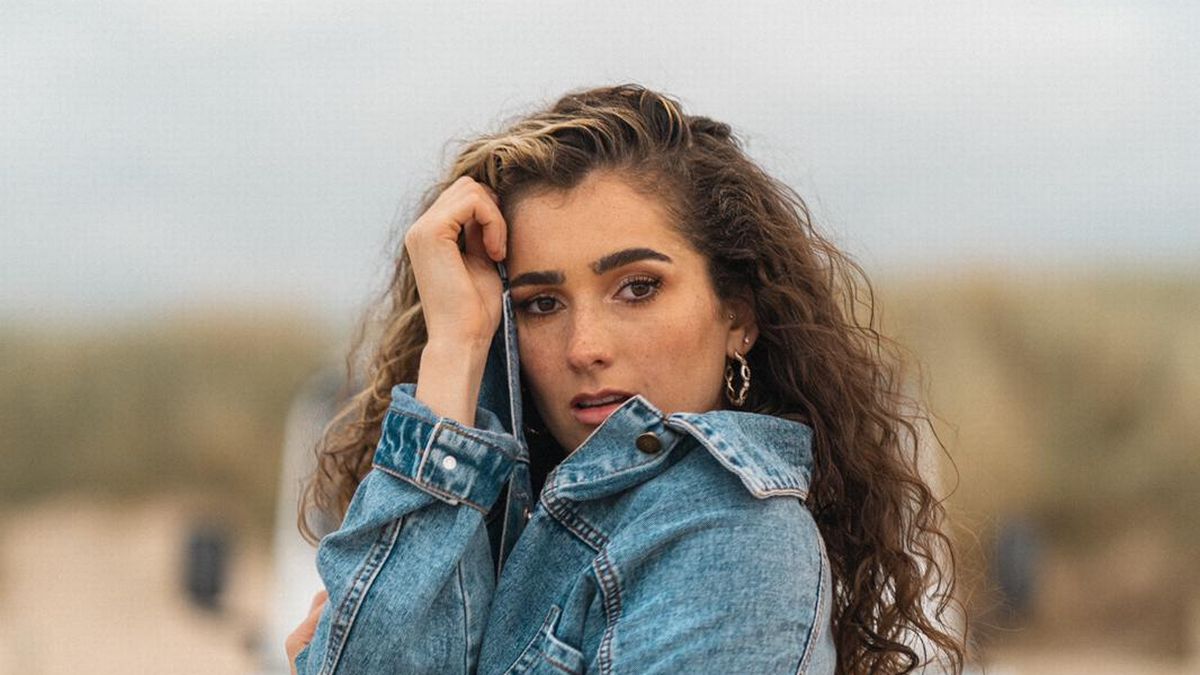 A still from the video for Brooke's debut single 'Attention'.

She has charmed audiences and coaches alike throughout the show, but behind her confident, bubbly exterior lies a ferocious work ethic.

“It's easy for people to see her on stage and see this very confident girl, but she works very hard to get her performances polished. I know that from working with her,” said Jolene.

“Brooke is a confident girl, but behind it all, she is very kind, generous and empathetic. Her feet are firmly on the ground, but she knows the direction she wants to go in.

“In music, you can find big personalities that are difficult, but Brooke is not like that at all. If you come to her with something that needs changed, she will take criticism and work it to her advantage.

“She can take the positive and the negative, and that's important in the music game she wants to go into.” 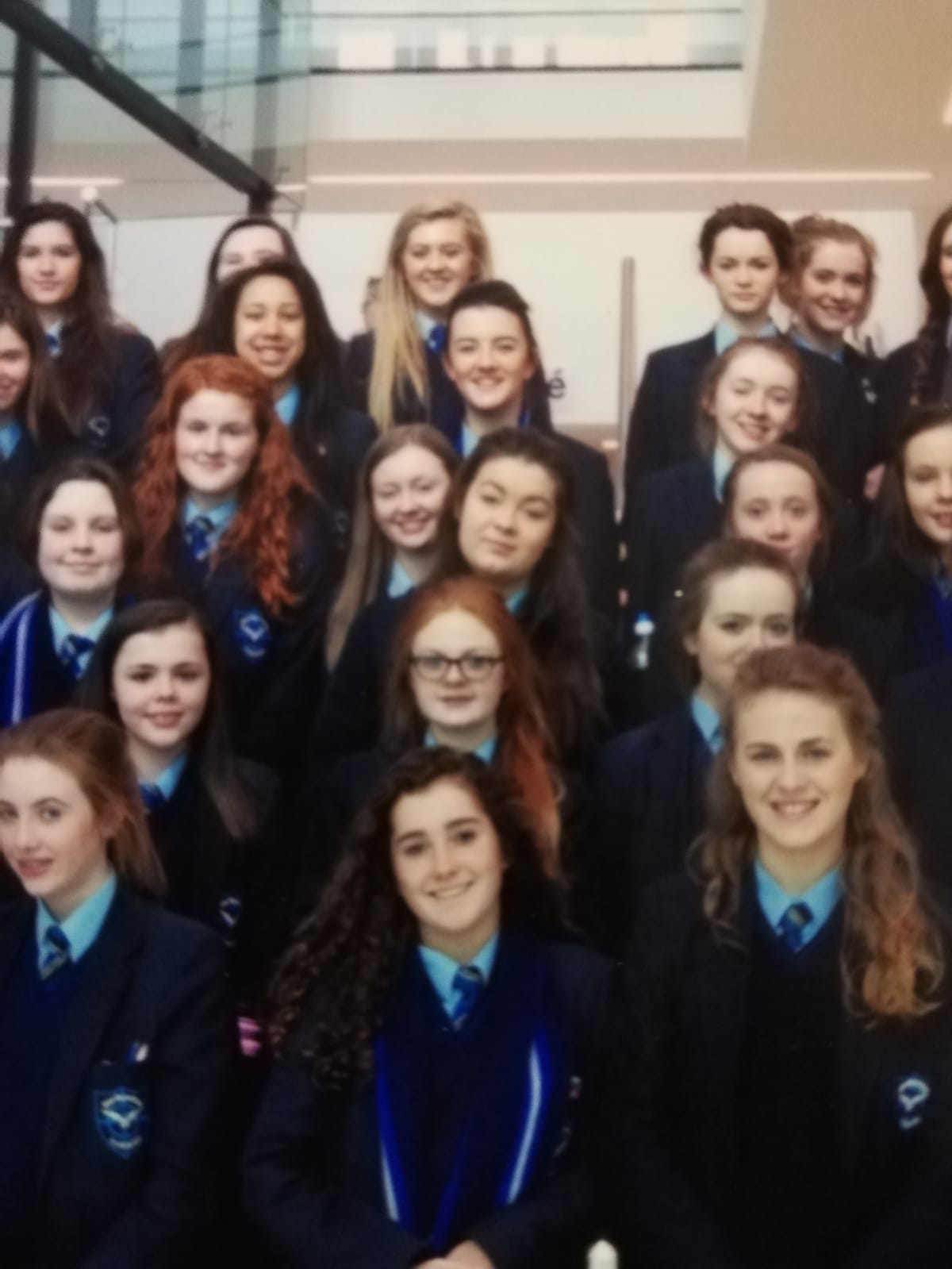 Brooke (centre front) as part of her school choir.

Brooke's grannies, Sheila and Peggy have been at the heart of her support and she remains rooted firmly in her community.

In between performing Amhrán na bhFiann at Páirc Sheáin de Brún, she was a regular visitor to her old school before lockdown hit.

“We were in normal school when everything started, and Brooke had come into school a couple of times to meet a few of the classes,” said a proud Jolene Conway.

“The pupils really were in awe of her, because at this stage The Voice had started and she was progressing through the knock-out stages.

“Unfortunately, lockdown hit, which meant visitors weren't allowed in school. Brooke was eager to get back in again, but it just didn't work out that way.

“When we came back in September, we were restricted with Covid, but there is great hype in school, people want to support her.

“We have been showing her videos in school and that's the best we can do. Normally we would have big assemblies and had her in school, but we're supporting her through social media and watching her.

“We aren't able to have the same celebrations as normal, but that doesn't mean we aren't supporting her. We truly believe she can go all the way for this competition.” 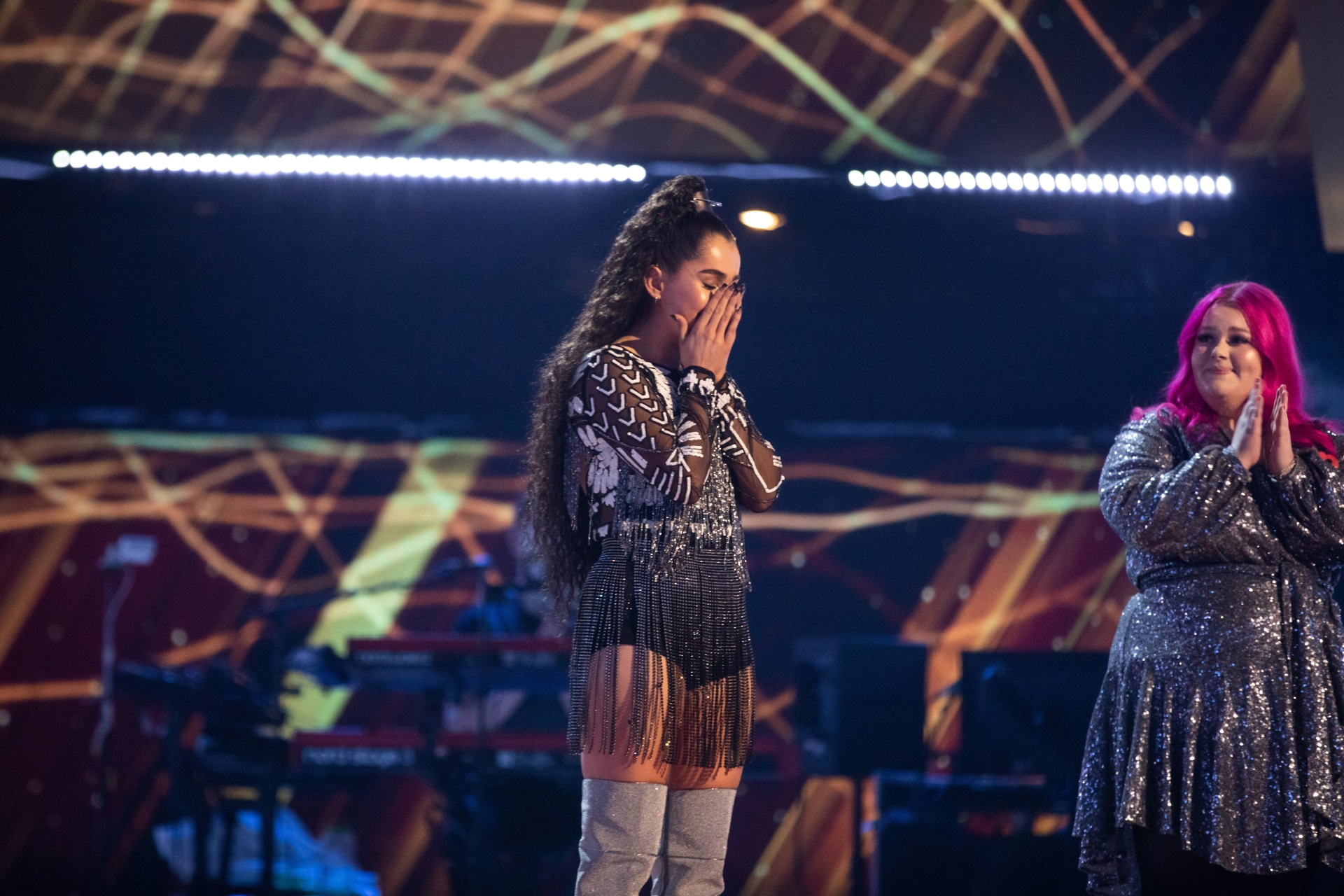 The moment an emotional Brooke Scullion made the Voice UK final.

For the school, there was a lovely moment on local radio recently when fellow past-pupil and soon-to-be Radio 1 presenter Gemma Bradley introduced Brooke's new single on BBC Radio Ulster.

“Gemma came through and was in the choir and shows at the same time as Brooke,” said Jolene.

“They were a couple of years apart and it was uncanny because Gemma was on BBC Radio Ulster introducting Brooke Scullion with her new single about a month ago.

“The two of them came from the same school and were in the choir and performing in musicals at the same time.

“We are delighted by both girls. They have crafted their own talent, but we gave them an opportunity to get on stage and learn what an audience is and how to react to them.

“We are very proud that we can now learn from them, and they are great role models for our students that are coming through as well.”

Brooke goes into Saturday's final in competition with another local performer, 28-year-old Jonny Brooks from nearby Newbridge.

To have two South Derry acts in the final of a UK-wide competition is a great coup for the area, but for all associated with St Patrick's College, there can only be one winner.

“Fair play to Jonny [Brooks], he has a superb voice as well. It's just a pity the two are up against each other, but as Brooke is a past pupil, we'll be supporting her 100%,” said Jolene.

“She was this tiny girl, with long curly hair, this bubbly, friendly personality and a massive voice. People are captivated and that's what she has on her side. She can grab the audience's attention.

“When she gets on stage, and I know it's a cliché, but she can captivate an audience with her ability to perform and move around the stage.

“Whether her song is upbeat or a slow ballad, she can bring that emotion to her performance. She just knows how to deliver a song.

“She is a star. I had mentioned to her to go for these major competitions but the timing was never right.

“Now the timing is right.”

READ: Jonny happy to be focusing on music again