The Voice UK finalist had stepped away from the scene for a few years. 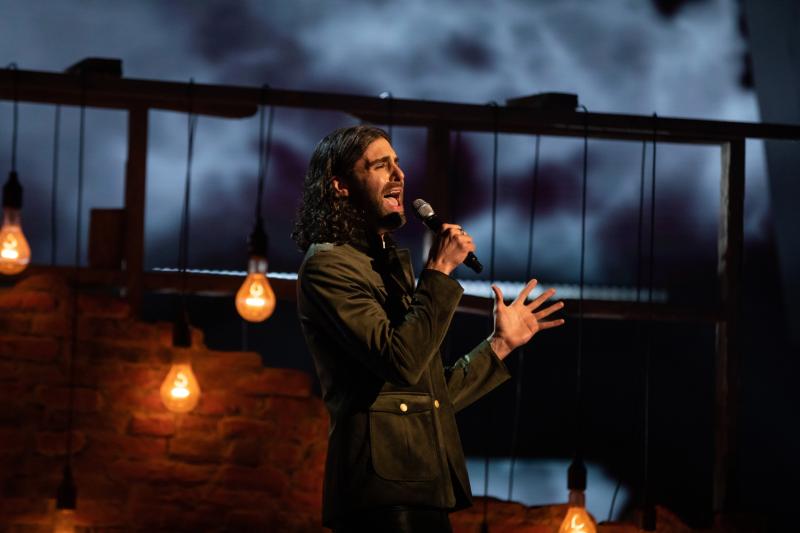 One of County Derry's two Voice UK finalists talks to Derry Now about his renewed musical focus, the support of his mum, and clears up some parochial jostling over where he's from.

“I'm just in one of the practice rooms at the minute and heading down to practice my duet in about ten minutes time, so it's all go,” says Jonny Brooks.

Between rehearsals, duets and media commitments, this has been a busy week for one of County Derry's Voice UK finalists, but the hustle and bustle is welcome.

It has been over eight months since the 28-year-old burst onto national television screens at the blind audition stage of The Voice UK with a stunning rendition of Van Morrison's 'Sweet Thing'.

Having battled his way through to the semi final stage, he saw the rug pulled from underneath him and the other contestants by the Coronavirus pandemic that still grips the world.

But, the show must go on. Jonny last week clinched a spot in the final of the competition on its resumption and is delighted to be back in front of an audience; albeit a virtual one.

“It certainly beats the static of the last seven months,” he told Derry Now.

“It's had its fair share of ups and downs; it's been a tumultuous time for musicians and performers in general.

“The uncertainty of not knowing when you're next gig could be, not being able to perform in bars and pubs again as you usually would is something that doesn't get any easier.

“You sing and you practice as much as you can in the house, but there's always that nagging feeling of wanting to get back on the stage again, so I'm thrilled to be here again.

“The time helped me get back to basics, in a lot of ways. It helped me fine tune a few things and work on things I felt needed working on.

“It's a shame, because I felt that with each stage of the show I was sort of coming out of my comfort zone a bit more and getting a bit better on stage.” 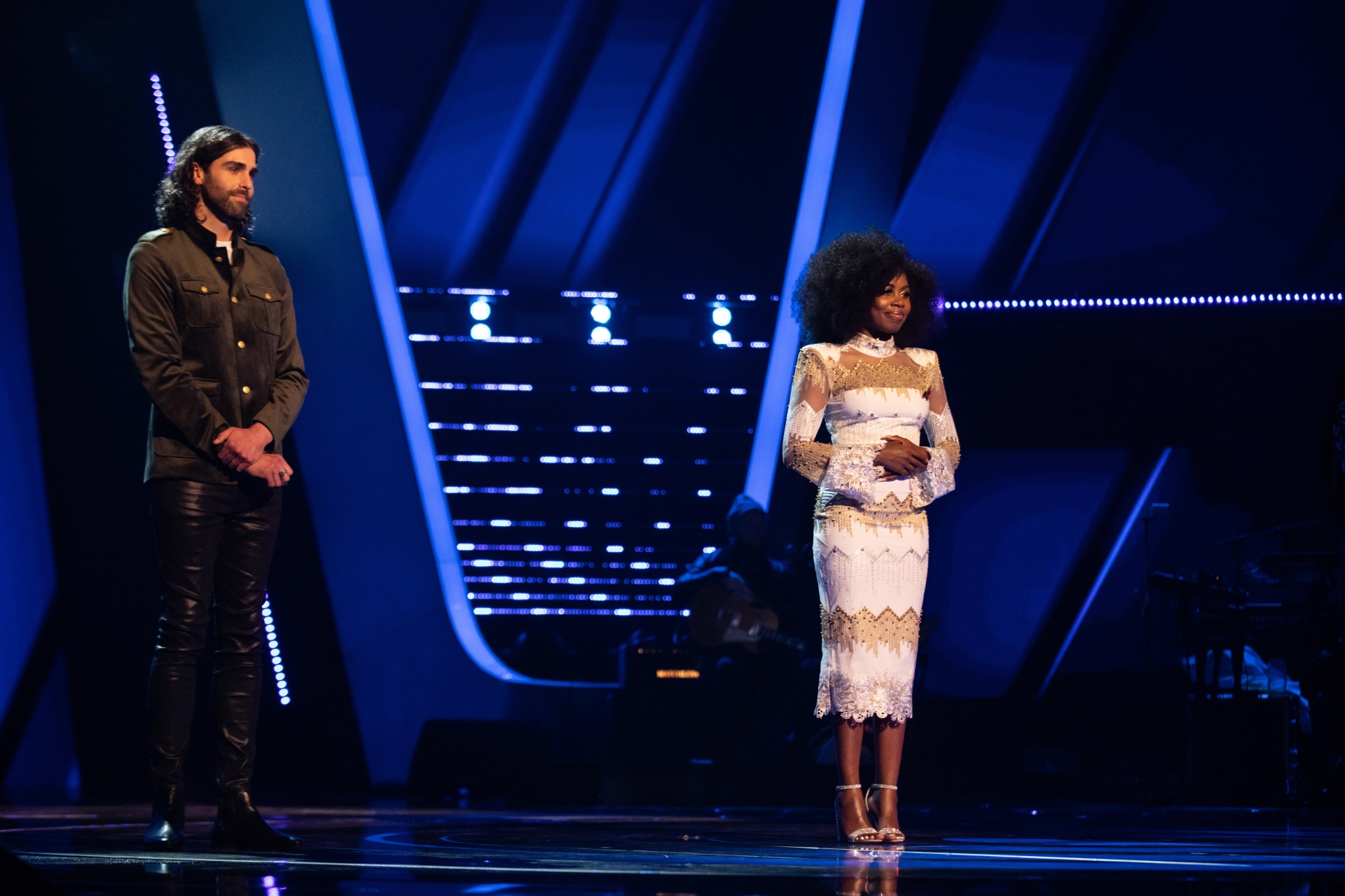 Jonny waiting nervously on stage for the semi final result.

While the gap allowed some extra time to hone his craft, the inertia caused by the pandemic meant things felt a little rusty when Jonny returned to the stage.

“I think that gap in between created an aspect of mental pressure, but once I got up there, after the first minute or two, I got into the way of things,” he said.

“There was a feeling of 'it feels like a lifetime since I've done this', but it was great. Once I got off the stage, the feedback was great.

“All my friends were messaging and it was like a weight had been lifted off my shoulders, to get all that verification from my friends and from further afield. It was a great feeling.

“Tom Jones has been nothing but supportive too. He understands my voice, my capabilities, where I shine and where I don't. He's very intuitive when it comes to that.

“He's able to listen to me sing and see where it could be better or where it could improve, and it's nice to have that level of understanding between you and a coach.

“It takes a bit of pressure off you, but it makes you feel more at ease if someone is there that understands your voice.”

South Derry is on the crest of a musical wave at the moment. Fellow Voice finalist Brooke Scullion is from Bellaghy, while Moneyneena's Dara McNicholl reached the Voice Kids final during the summer. 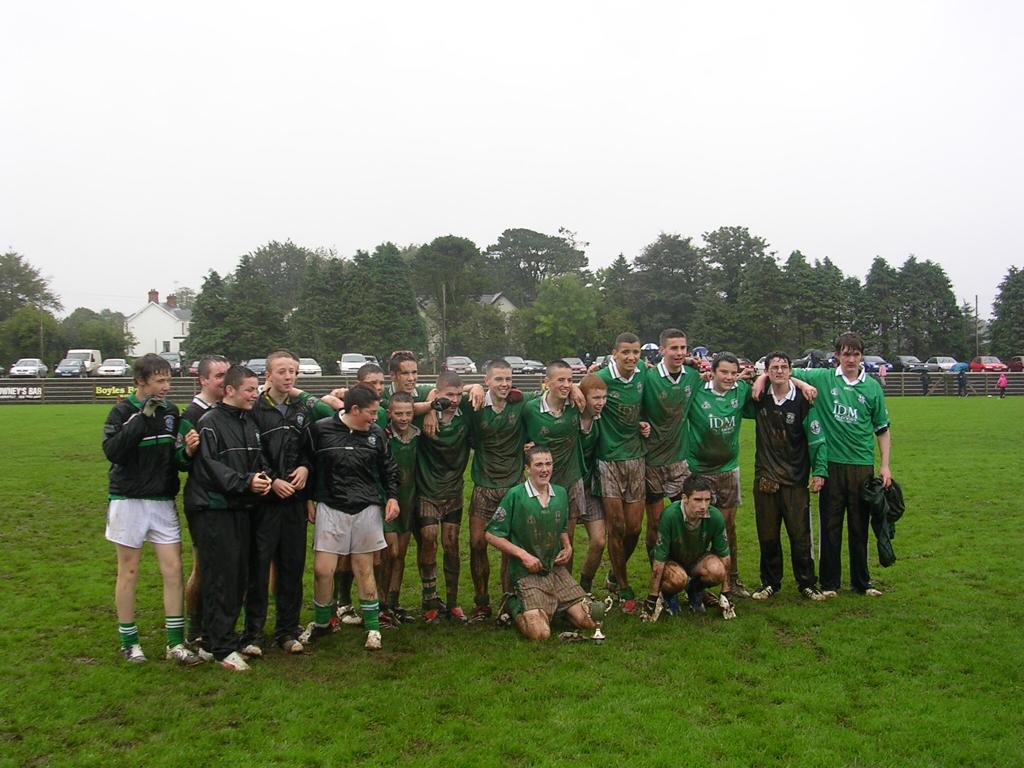 Jonny, fourth from the right in the back row, after Newbridge's 2006 U16 B championship victory.

Jonny's success has received widespread support and prompted some neighbourly jostling among parishes as to who 'owns' him.

“In my VT, it said I was from Castledawson, because Castledawson is where my home house is – on the Broagh Road,” he grins.

“But I played football for Newbridge for years and years, I never played for Castledawson, but I suppose, because I lived there, maybe they've claimed me in some way.

“I'm not against that, but if someone asked me where I was from, in terms of where my heart was, where I played football, grew up and made friends, it would be Newbridge.

“It's refreshing though to see people from our neck of the woods getting themselves out there and getting up on stage.

“When you're around the music scene at home and you listen to a lot of local artists, you think these guys could be just as successful as anyone on the radio.

“A lot of it just comes down to exposure and being in the right place at the right time, or meeting the right people.

“The Voice itself has been so good for that. You can't get much more exposure than on this stage, in terms of wanting to get your name out there as a new artist.”

As well as providing that vital exposure, taking part in the competition has also confirmed to Jonny that this is what he wants to do. It has taken a while for the Newbridge man to get to this point.

“To be honest, it's something I've been wrestling with for the last few years,” he said.

“ I went away about two years ago to do a bit of travelling about Asia and that was at a time when music had been by the wayside for a year or two.

“I don't know why. I had focused on music quite heavily from about 18 to maybe 23, gigging and busking, trying to get myself out there, and nothing came of it. 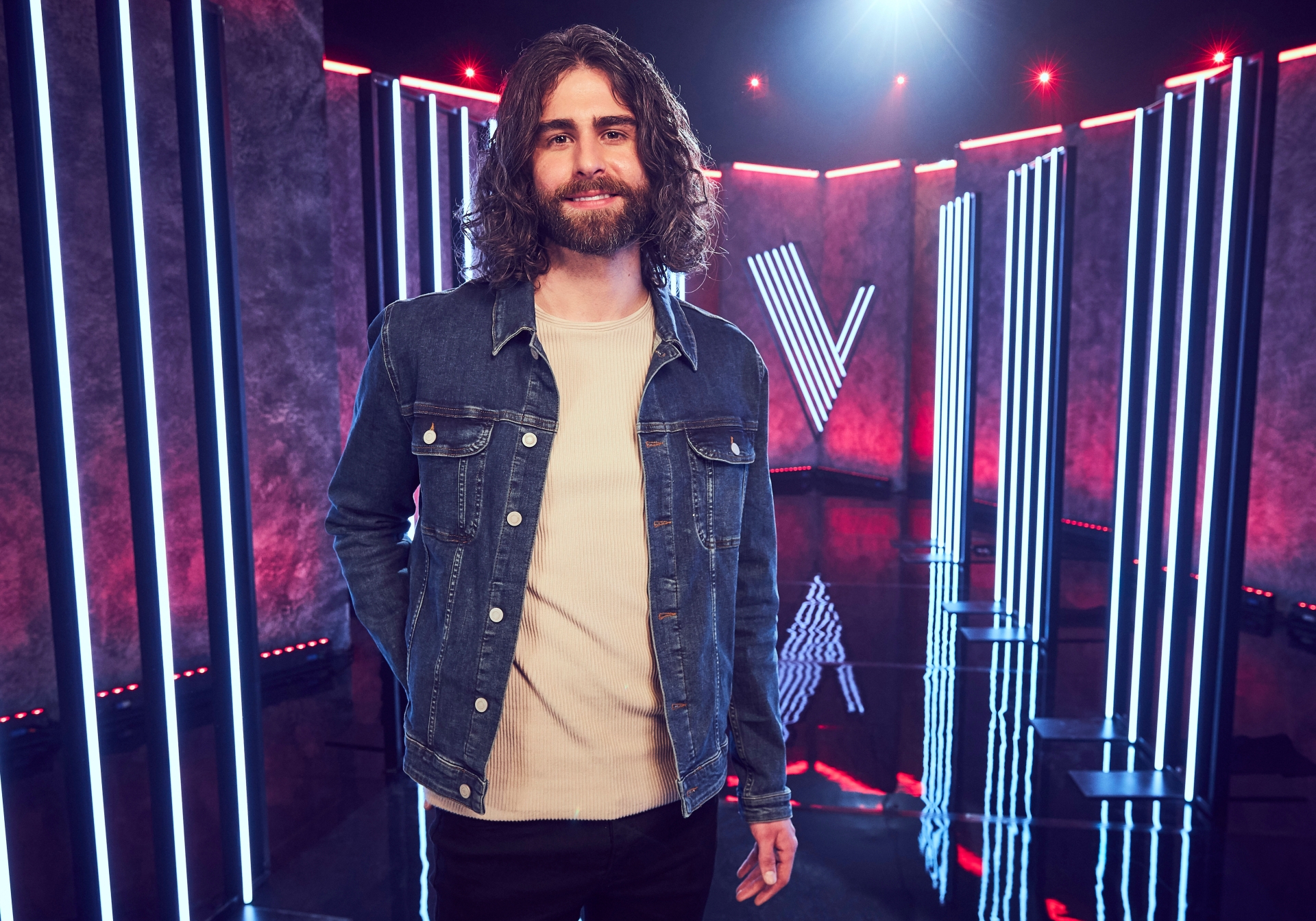 “I sort of thought maybe it wasn't for me, or wasn't meant to be, and I distanced myself from it in some way, but this competition has taught me it's not something I can let go any more.

“It's something I have to follow, regardless of where it takes me. I just hope this opens a few more doors for me and gets me singing more.”

Throughout his time away from the music scene, there was one person who never stopped believing it would happen for him.

His mum, Marie, in the way only mothers can, had decided enough was enough, and booked him onto the show.

“Mum's been a fan since I was very, very young. I was 13 or 14 when I started to take music seriously and teach myself guitar, so she's been always encouraging me,” said Jonny.

“When she rang and told me she'd booked me in to apply for it, I thought 'what have I got to lose?' It was either pursue this and see where it takes me one last time, or go and find another job somewhere.

“You might look for happiness, but you've tried so much before that hasn't given you that same satisfaction that music has.

“Mum has been there for every stage, front and centre, and I have her to thank for being here.”

Saturday's final will mark the end of this particular process but will hopefully mark the beginning for both Jonny and fellow Derry finalist Brooke Scullion.

Any meeting of Newbridge and Bellaghy is always competitive, and there has been a buzz around the county in the build-up to the showdown.

Jonny is hoping having two musicians hailing from towns just a few miles apart will bring people together.

“I haven't been back home to hear it first hand, but it must be a nice feeling for two people a stone's throw from each other to come this far,” he said.

“I hope it brings communities together. Certainly, it's a competition, but we've all been on the journey together.”