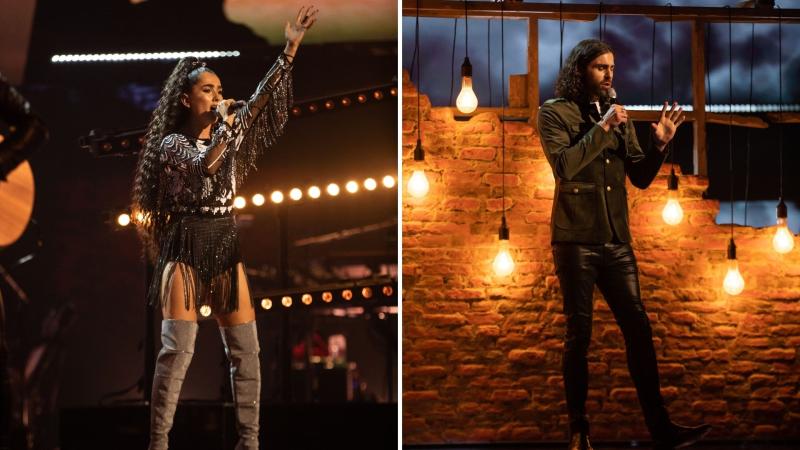 Brooke Scullion (Bellaghy) and Jonny Brooks (Newbridge) will make up half the final's contestants.

Homes across County Derry will be glued to ITV1 on Saturday night to watch local singers Brooke Scullion and Jonny Brooks battle it out for The Voice UK title.

Brooke, from Bellaghy and Jonny, from Newbridge, reached the final four at the weekend as the semi final was finally completed after a seven-month hiatus caused by the Covid-19 pandemic.

Audience members, including Brooke's grannies, Peggy and Sheila, tuned in virtually on a wall of screens placed behind coaches Meghan Trainor, Will. I. Am, Tom Jones and Olly Murs.

Brooke, who released her debut single 'Attention' over lockdown, performed a version of 'Nothing Breaks Like A Heart', originally recorded by Mark Ronson and featuring Miley Cyrus.

“You are so special because your voice is so unique,” said coach Meghan Trainor after the performance, appearing via video link on a screen perched on one of the show's famous chairs.

“You're such a superstar, it's so overwhelming. You've grown so much in six months an d are like a whole new woman.”

Will. I. Am also praised the Bellaghy woman's voice, saying it 'married to the song like hand and glove', while Tom Jones reserved a special mention for the Celtic connection.

“I'm a massive fan, you're phenomenal. Every time I hear your voice I just love it. It would be a shame not to have you in the final,” he said.

After his performance, Brooks told the show's host, Emma Willis, how the experience had taught him a lot.

“I think the last eight months have told me I don't want to stop doing this. This is something I need to do,” he said.

In a tense finale, the local duo both got the nod from their respective coaches, who put them through to a final in which half the contestants are from Derry.

The result is a further coup for the Oakleaf county, with Brooke and Jonny following in the footsteps of Moneyneena's young star Dara McNicholl, who performed in the Voice Kids UK final earlier this year.

Brooke (20) and Jonny (28) are more experienced than their fellow finalists, who are both 17 years old, and the Derry singers will be hoping to make that experience count.

The competitive streak in both finalists is inherited. While they will be locking horns on Saturday night, the Derry Post revealed back in February that their grandads had joined forces on the pitch. 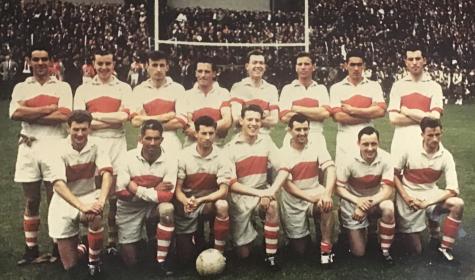 The 1958 Derry team in which both contestants' grandads were involved.

Old acquaintance may be forgotten on Saturday, however, as the talented pair battle it out to become the winner of The Voice UK 2020.