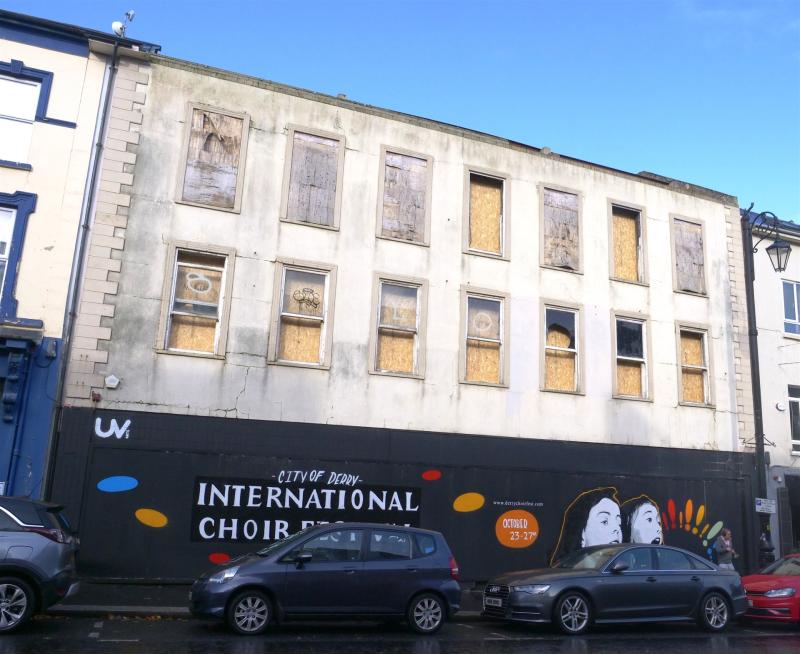 Approval to demolish the remains of the former Poundstretcher building on Derry’s Bishop Street to allow for a new family justice centre was given yesterday after members of Derry City and Strabane District Council’s Planning Committee approved a request to demolish it and approve a planning application to build a new Justice Centre.

The Poundstretcher was destroyed in a fire in 2014 and has remained unused since.

The family justice centre  - “One Safe Place” -, for Foyle Women’s Aid will consist of a reception, offices, family rooms, ancillary facilities and a public drop-in centre cafe at ground floor level with nine  supported housing units in a separate associated block to the rear at 7-9 Bishop Street.

An application to demolish the former Poundstretcher building including its front façade floors and frame was granted subject to a number of conditions.

Members of the committee heard that the proposed development comprises of a social enterprise café and shared justice centre that occupies the three floors of the building, which fronts onto Bishop Street and the nine supported living units, which are located on a new build block to the rear of the proposed Justice Centre/café.

The new build bloc will be a three story building that will include a family room space with covered open space for children along with nine apartment.

The block will be attached to the Justice Centre through a glazed covered atrium on the ground floor.