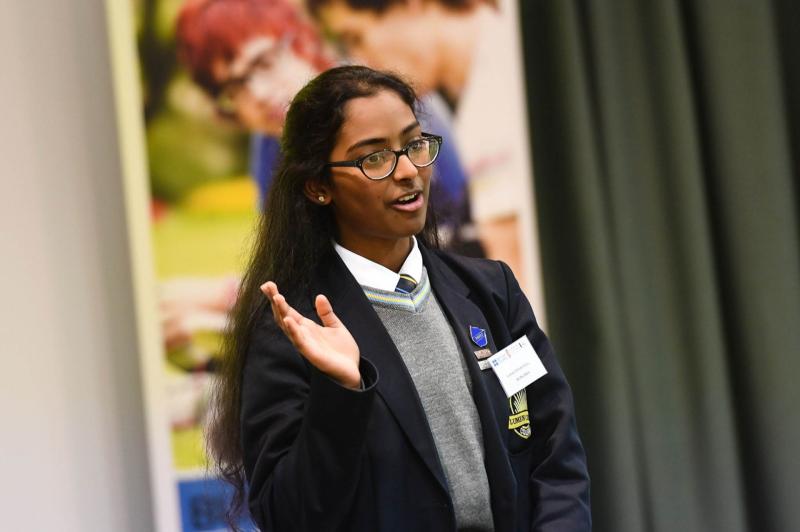 Anitta Sibin will be taking part in the final in the Beginners’ Category .

Pupils from a Derry school are bidding to be crowned the Britain's best non-native Mandarin speakers tomorrow.

The Lumen Christi College pupils have reached the grand final of the British Council Mandarin Speaking Competition and will go head-to-head with 42 other post-primary schools from across the UK at the Victory Services Club in London.

They will compete in a number of categories – with Anitta Sibin qualifying for the Beginners’ category, Leo Doherty in the Intermediate, and in the Group Performance section; pupils Matthew Rodgers, Niamh Fleming, Grace Martin, Vibhav Nthanankalva and Owen McFadden will take to the stage.

This is not the first time Lumen Christi College pupils have made it through to the final – with previous students qualifying for London in 2018.

Lumen Christi Vice Principal, Dr Marie Ferris said:“The students are very excited about the opportunity – they can’t wait to represent the school on such a big stage and are looking forward to a trip to London.

“They’ve been putting in the extra hours since they found out they were through to the final - fitting study around their exams and Christmas.

“I must pay tribute to their Mandarin teachers, Olivia and Sunflower from the Confucius Institute, who have worked so hard with them. As a school, we have been part of the Confucius project since 2014 and it’s created so many opportunities for our pupils, helping them learn more about Chinese language and culture.

“We are delighted to have pupils once again in the final and wish them all the best for Wednesday.”

As the most spoken language in the world, Mandarin is recognised as a valuable skill for young people in the UK to acquire. 77 per cent of British business leaders surveyed in 2018 said that speaking Mandarin will give school leavers a career advantage. Research by the British Council has found that Mandarin is the second most important foreign language for the UK’s influence on the global stage.

Speaking ahead of the competition, Jonathan Stewart, Director, British Council Northern Ireland, said: “Mandarin Chinese is one of the languages that matter most to the UK’s future prosperity. With more than one billion Mandarin Chinese speakers in the world, it is vital that more of our young people learn this valuable language in order to live in an increasingly connected society and compete in a global economy.”

“Learning languages such as Mandarin also provide pupils with a rich insight into a vibrant and different culture, helping to increase intercultural understanding.“Congratulations to Lumen Christi for getting this far, it’s testament to the hard work the pupils and teachers have put in throughout the past year. I’ve no doubt that they’ll act as great ambassadors for Northern Ireland and perform to the best of their ability.”

The final of the Mandarin Speaking Competition will take place in London on 5 February 2020.The British Council is the UK’s leading cultural relations organisation. For more information on the HSBC/ British Council Mandarin speaking competition, visit nireland.britishcouncil.org or follow on Twitter: @BCouncil_NI.