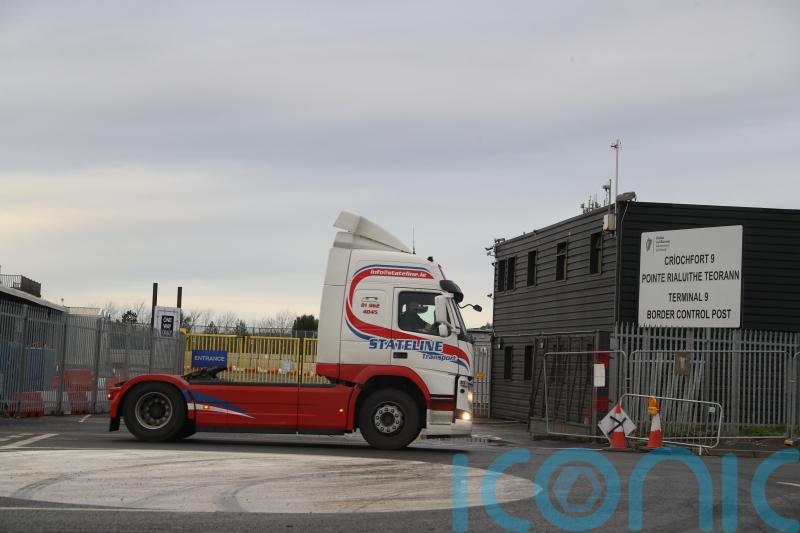 The value of Northern Irish imports into the Republic of Ireland reached nearly four billion euro last year, according to new data.

New figures published by the Irish Central Statistics Office (CSO) show that imports to the Republic from Northern Ireland increased by 65% to around 3.956 billion euro between 2020 and 2021.

In contrast, imports from Great Britain to the Republic of Ireland slumped by 13% to €15.4 billion in 2021.

Exports from Ireland to Great Britain, which make up 9% of Irish exports, rose by 17% to more than 14 billion compared to 2020.

The figures come amid ongoing negotiations between the UK Government and the European Union over the future of the Northern Ireland Protocol.

Unionists argue that the post-Brexit trade arrangements damage the union between Northern Ireland and Great Britain by placing a border in the Irish Sea.

Those trade arrangements have created economic barriers on the movement of goods between Great Britain and Northern Ireland, with the aim being to avoid the creation of a hard border on the island of Ireland.

It has achieved that by effectively keeping Northern Ireland within the EU’s single market for goods, an arrangement which has led to the checks on products crossing the Irish Sea from Great Britain.

The figures were pointed to by some parties on both sides of the Irish border as one of the benefits of the post-Brexit arrangements for Northern Ireland.

SDLP MLA Matthew O’Toole said that the figures show that “many businesses on both sides of the border are adapting to take full advantage of the Protocol”.

He said: “Northern Ireland now has the unique ability to export seamlessly into both the British market and the EU single market – making us the envy of exporters in Scotland, England and Wales having to deal with new barriers to trade.”

Mr O’Toole said that data “proves the DUP’s scaremongering and brinkmanship does not reflect the interests of our economy or the vast majority of people here”.

He added: “Positive Brexit dividends have been few and far between and it is vital that we capitalise on them where possible.

“The Protocol is not only protecting Northern Ireland from the worst of Brexit, economically, but it also offers far greater potential than many would have expected.”