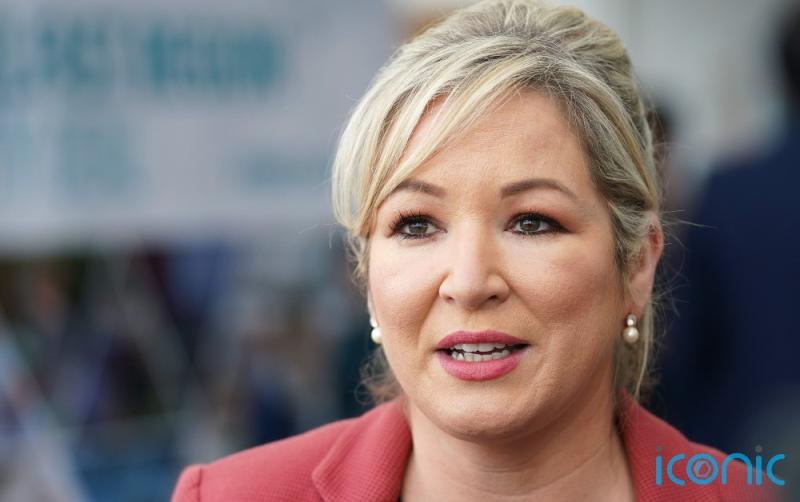 Gerry Adams has been criticised for the comedy sketch in which several of the Provisional IRA’s best known phrases are used.

Visiting a house as a carol singer, another character repeats the phrase “They haven’t gone away you know”, famously used by Mr Adams in 1995 in reference to the IRA.

Troubles victims including Ann Travers, whose sister Mary was shot dead by IRA gunmen in 1984, have criticised the video.

The Derry-based business Ferry Clever announced on Sunday it was withdrawing the video and card.

In a statement, it said while the business is based around satirical comedy, “it was never our intention to offend anyone”.

It added: “We regularly create videos with well-known and high-profile people for charitable causes specifically to raise awareness and much-needed funds for local charities.

“These initiatives are a very effective way for us to give something back to the local communities we are ultimately here to serve, however we accept in this instance our approach has unintentionally caused hurt which we deeply regret.”

Earlier this week, Sinn Fein TD Eoin Ó Bróin said while he did not believe Mr Adams had intended to cause hurt, he thought it would be helpful if he issued an apology.

But asked about the row in Belfast on Wednesday, Ms O’Neill said she does not feel Mr Adams has anything to apologise for.

She said: “Gerry Adams regularly does videos, light-hearted videos to support charities. In this instance it was about supporting a charity and I don’t think he has anything to apologise for. He would never have set out to intentionally harm or hurt anyone.

“I am the vice-president of the party and I am saying that I think that Gerry set out to do a light-hearted video to support a charity, he’s retracted the video and I think that’s enough said.”