The famous Limavady Wolfhound is depicted in the statue. 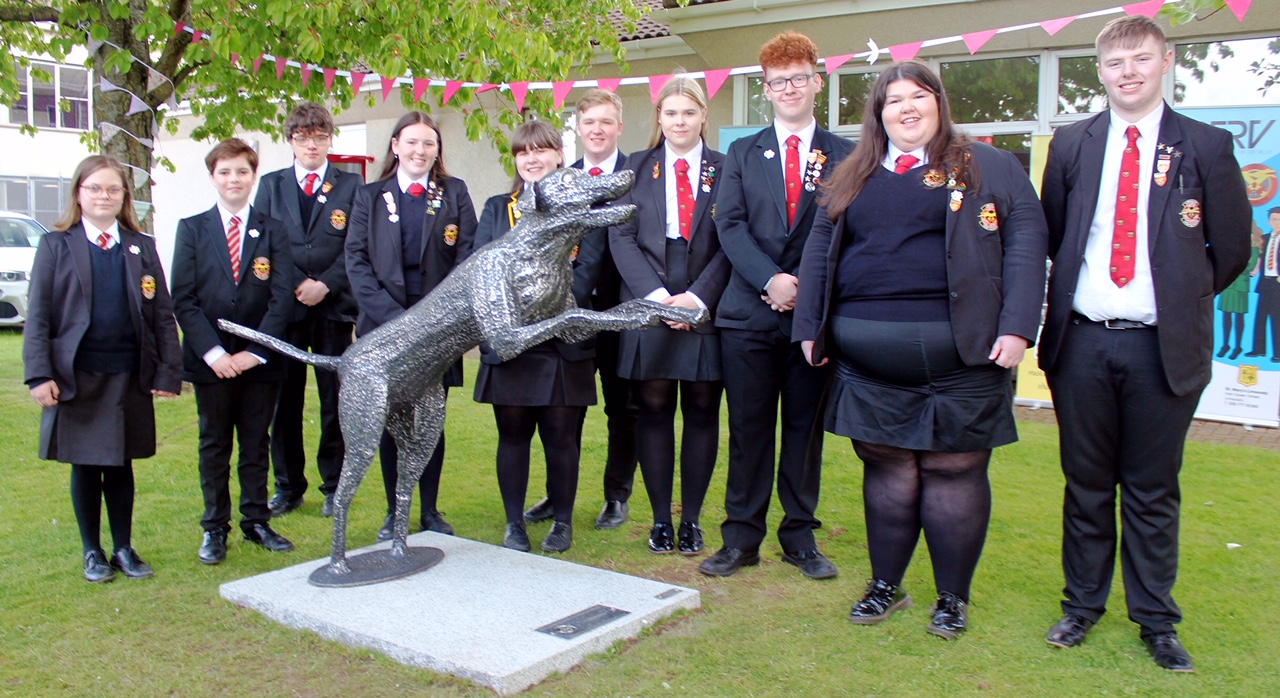 A County Derry secondary school have unveiled a commemorative statue as they continue to celebrate their 60th anniversary.
Limavady High School linked up with local artist David Rosborough, who created the statue, a depiction of the famous Limavady Wolfhound from which the town derives its name.

The wolfhound is a nod to the origins of the town's name, from the Irish 'Léim an Mhadaidh' or 'The Dog's Leap'. According to local folklore, a dog belonging to the O'Cahan clan jumped the River Roe to get help from nearby clans following a surprise attack.

A time capsule, compiled by Year 8 pupils William Riley and Alycia Sinclair with the assistant of History teacher Mr George Dallas, was also buried to mark the occasion.