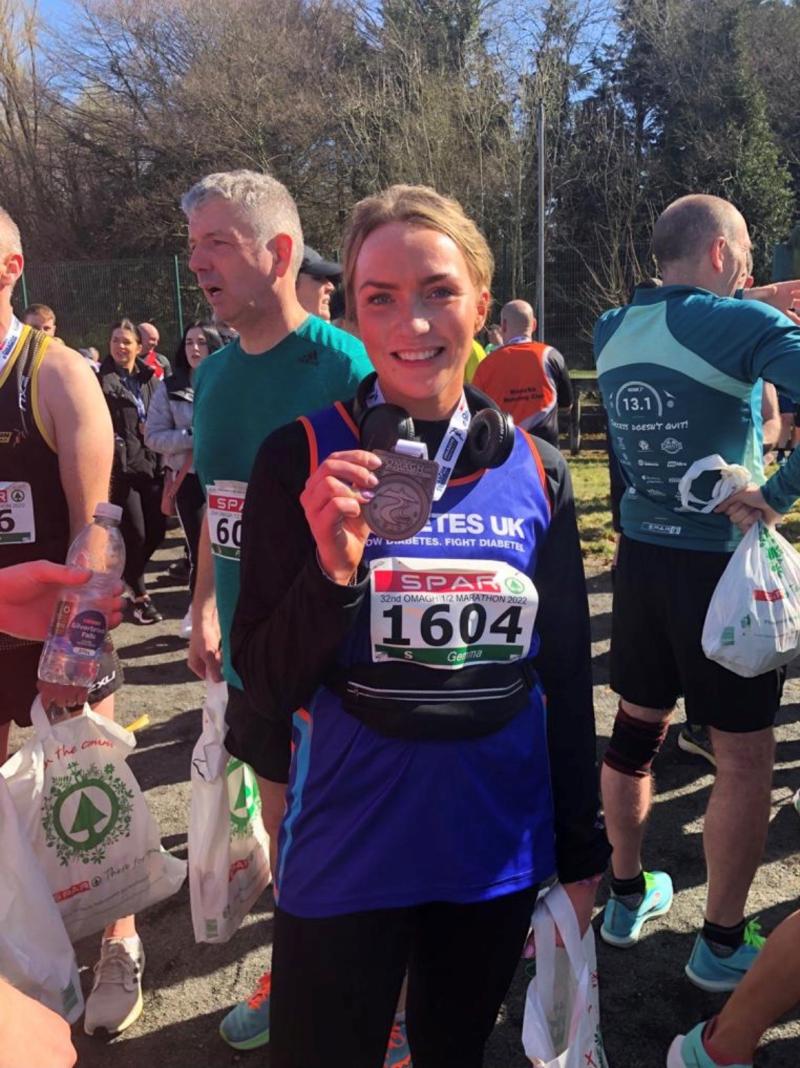 A big-hearted County Derry woman has turned her 30th birthday celebrations into a year long list of challenges to raise money for charity.

Gemma Martin from Faughanvale decided to take her 30th year in her stride by setting herself 30 challenges to raise funds for Diabetes UK.

“The chosen charity is Diabetes UK which is close to my heart as you may already know I am a Type 1 Diabetic. Diabetes UK is a great charity and helps a lot of people deal and understand their diabetes.

“The money raised for this charity can help shape the future of diabetes care.

“I have been a type one diabetic since I was 12 years old and I can see a great change in the range of technologies available to help keep my blood sugars in range so I know the money would definitely be put to good use to help a lot of diabetics.”

Gemma's mum Angela spoke with great pride in her daughter's hard work for such a good cause.

“Emma was actually 30 there on Monday, August 8, and she has just completed her challenge in time. She has completed so many things, we are so proud of her.

“At the minute she has raised just over £3,400 but she hopes to bring that up a wee bit more,” said Angela.

Some of the challenges Gemma undertook ranged from completing a Sky Dive, a New Year's Day swim, taking a cattle test at her home farm, doing a half marathon in under two hours, and attending the nine First Fridays for Mass.

“Some of the things she did, like the cattle test there, were totally out of her comfort zone, and there were some silly ones on the list too, but you know it has been great and she has enjoyed them.

“I definitely didn't enjoy watching her do the sky dive to be honest.

“I was worried for her that day, it was over there in Garvagh and I was definitely nervous watching her,” added Angela.

The young Faughanvale woman plays football for her local club, and also coached one of the youth teams as part of her challenge.

“Gemma has always been outgoing, she loves the craic and she is up for anything. Her brother Kevin sings in the bars and one of the challenges was that she would sing with him at a gig.

“God love her she has not got a singing voice but she did it anyway,” laughed Angela.

Gemma, who works as a Software Engineer, has taken her challenges in her stride and has built up quite a following on her TikTok account, where she has charted her successes.

“I don't know what challenges she plans ahead, but I'm sure her 40th won't be something quiet anyway,” laughed mum Angela.

Anyone who wishes to donate to Gemma's fundraiser can do so via her JustGiving page https://www.justgiving.co m/fundraising/gemma-m artin30/