The gig is part of an Irish tour being undertaken by the seasoned folk singer and activist. 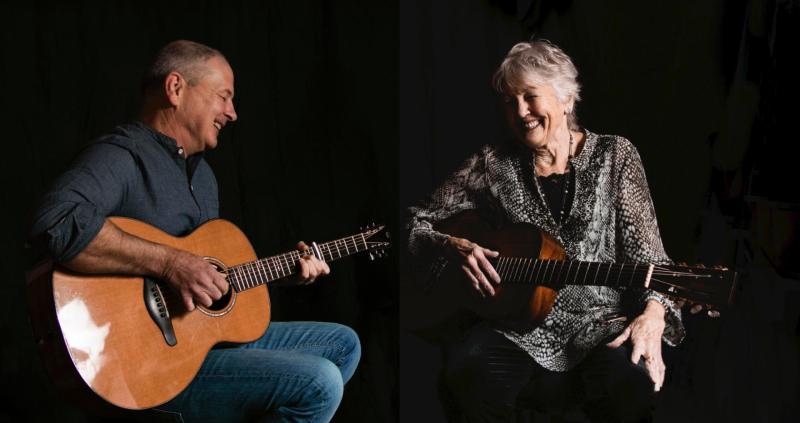 Peggy Seeger will perform with Calum MacColl in Bellaghy this month. Pics by Vicki Sharp Photography.

At 87, renowned folk artist Peggy Seeger is coming to Bellaghy as part of her most recent Irish tour. She speaks to Liam Tunney about activisim, longevity and the changing nature of how we listen to music.

“We did a 27-concert tour from the end of February, right through March and April and then we had a bit of a rest and now we're starting again.”

Even as she nears 90, the notion of slowing down is far from the mind of the long-serving 'First Lady of Folk'.

Peggy Seeger will bring her 'First Farewell' tour to Bellaghy's Heaney Homeplace on June 15, and the renowned folk singer is thoroughly enjoying being back on the road again.

“You get used to a routine of performing, and I've never had long waits in between, especially when I was living in America,” she told the County Derry Post.

“There was always somebody, somewhere that wanted you, so you just drove down to them, that's what you did.

“I first came in 1956 with a friend named Diane Hamilton, who was very important to the legacy of the Clancy Brothers.

“I've probably been to Ireland about a dozen, or a dozen and a half times and I really love it. It's a nice small nation full of very, very individual people, and a nation of people who sing.”

Since beginning to tour in the 1950s, Seeger's passionate activism has often found her at the centre of controversy.

She visted Communist Russia, a decision that saw her US passport withdrawn and her name put on a blacklist sent to European governments.

Rejecting the 'First Lady of Folk' moniker - “I'm against superlatives and placing people above each other” - she says her identity has moulded and changed over her years of performing.

“I've moved from one area of protest to the next. I've gone from doing nothing but folk songs and concerts to a person who does traditional songs in among other songs,” she said.

“I've become a kind of entertainer, and much of that is due to the fact that I began singing on my own as a teenager, and then I worked with Ewan MacColl. 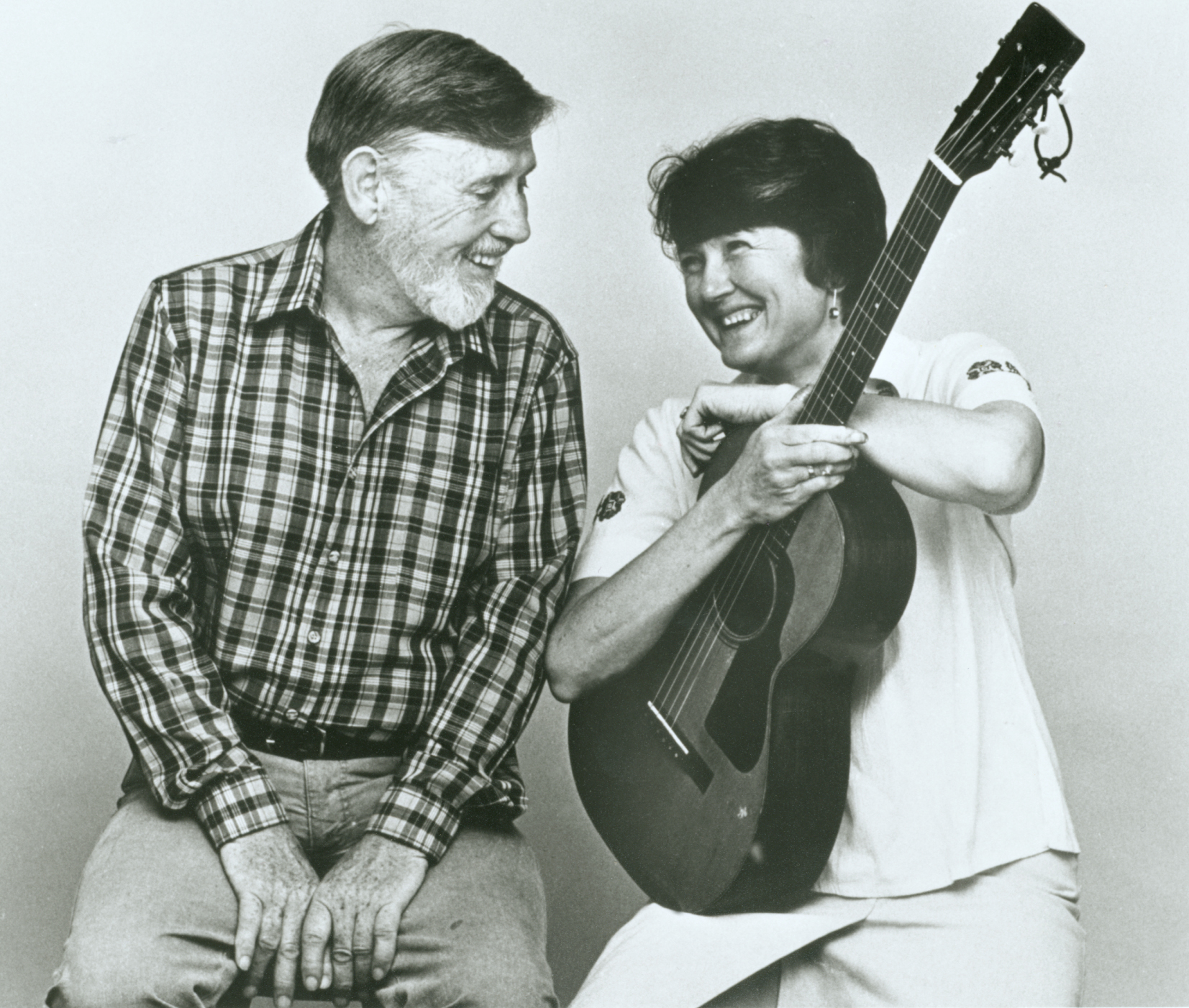 “That jettisoned me into movement politics – left wing, labour, unions – and from there I moved to the beginnings of feminism, and from there into defence of the earth.

“I've gone right through the stages of cutting consumerism, conservation, saving the environment and to studying nature and bonding women with nature through feminist ecology.

“Who am I? I'm kind of built up to where I am now with an understanding, I hope, of the relationship between folk music and working class and feminist movements.

“My identity? I have no idea who I am now really.”

While folk music has always maintained a link with activism, Seeger feels the connection has weakened over the years.

She says the way people listen to music, and a trend towards individualism, has diluted the shared experience it can bring.

“People have become consumers, especially wandering around with their buds in their ears and each person consuming what they themselves want,” she said. 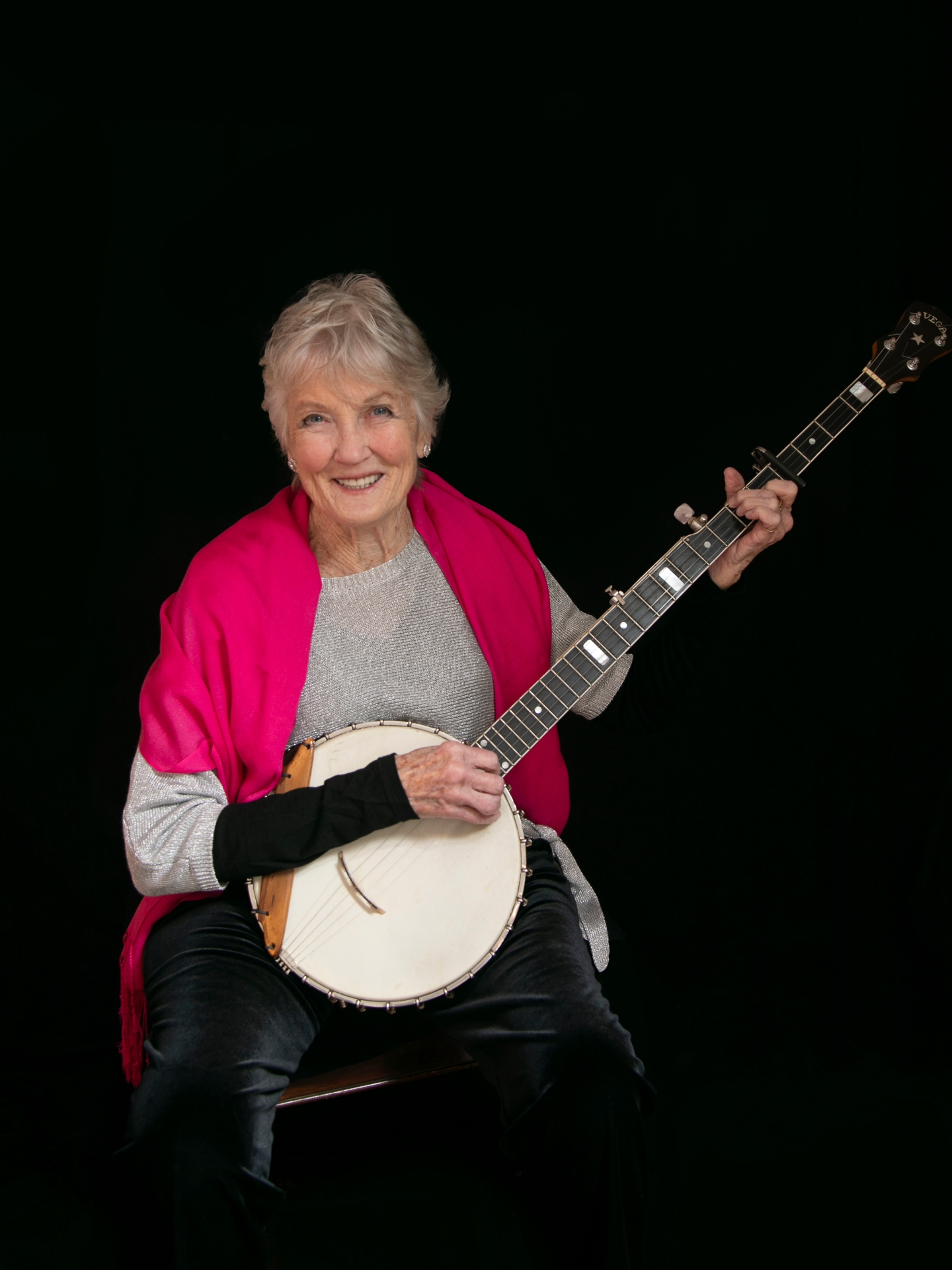 Folk's 'First Lady' says the way the world listens to music has drastically changed over the years. Pic by Vicki Sharp Photography.

“We didn't have that back in the 50s, 60s and 70s. You might put something on the record player and then play it when other people were around.

“You didn't go around with your own music in your own ears. People got together and sang because they were together, and it was much easier for them to do that.

“Protest songs I write now are ones which I try to co-relate one issue with another.”

“The minute you say 'lubrication', everyone starts to laugh or snigger, or look embarrassed,” she said.

“The first verse is literally as if it was the sexual act, then gradually it moves into something that the community is worrying about.

“Then in the final verse it is quite clear that what we are needing to 'lubricate' is the tectonic plates of the earth, because they are scraping against each other. 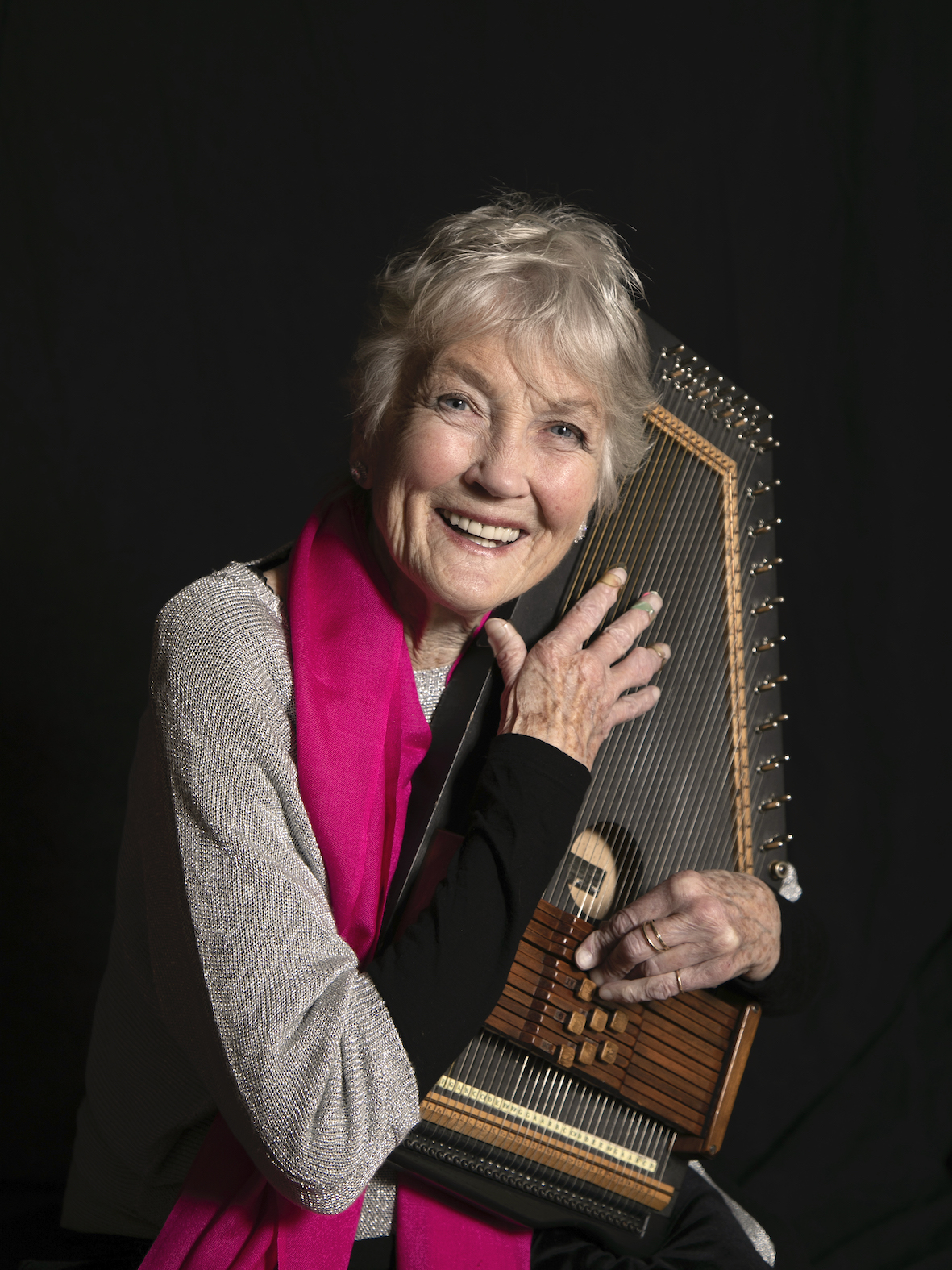 Peggy has been singing and campaigning for over 70 years. Pic by Vicki Sharp Photography.

“That's what I call a wedge song. People will continue to listen to it because they think they know what it's about, but if you started with the third verse, they'd say 'Oh God, not these tree-huggers again'.

“Once you capture them and lead them into the logic of the situation, that's the kind of protest that I do, and other people do this too.”

A long-time campaigner for the rights of women, Seeger says the fact women now feel empowered enough to speak about their experiences is evidence the world has moved forward.

She insists that there is a journey still to be travelled, however.

“We keep getting thrown stuff when an issue becomes strong enough. We were thrown the vote in the early 1900s because women starved themselves for it,” she said.

“There comes a time for each section of the battle. If there is enough objection then they have to throw something little to us as a reward.

“Of course the women's movement has moved on hugely. It's gone on so long that you can actually name sexual parts without people stopping you like they do for the 'F' word.

“There are a number of laws that have been passed, although America is in the process of trying to remove one of them so that abortion will be virtually impossible.

“People have to die for something to happen, although in America, with gun violence, it's not happening; they're just trying to put armed guards on schools. It's nuts.

“The world has moved on in a number of areas, but one of the main things now, especially as regards women; we can talk about it,” she added.

Having been married to revered folk singer Ewan MacColl, Peggy is the inspiration behind his haunting ballad 'The First Time Ever I Saw Your Face'. 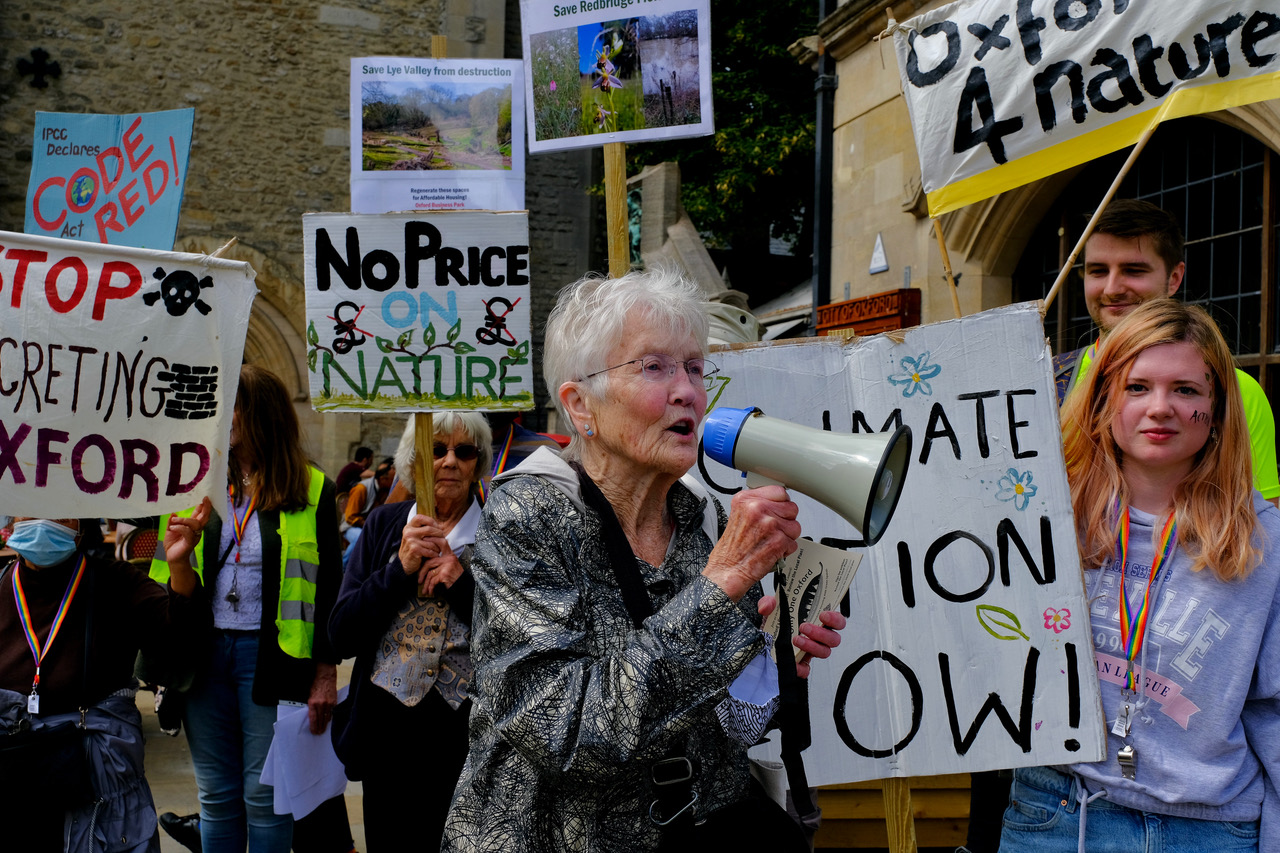 Peggy has become a fervent eco-feminist in recent years, protesting here in 2021.

One of the most-covered songs ever written, she says some of the versions have been better than others.

“It's been covered by over 500 other artists, in so many different ways. Some of them are hilarious, some are unbelievably ridiculous,” she said.

“You make up a song with your own comfort zone and the way you want to sing it, but you can't insist.

“Ewan loved melody and words, and the song was made up to last about a minute and a half, and when it was picked up by Roberta Flack, she made a version that lasted about five minutes.

“In our early history of listening to these other versions, we thought it was horrible, but I can listen to it now and think 'okay, that's just the way she wanted to sing it'.

Kathryn has performed at Ulster finals as well as appearing on TG4.

“There have been heavy metal versions, hip-hop, country and western, gospel – you name it, they've done it, but the amazing thing is that the words are still the same.

With both the album and the song entitled 'First Farewell', the obvious question is 'will there be a second farewell?'

“It leaves it in doubt,” she said.

“In my history, the second farewell usually tells me something about the person to whom the farewell is being said.

“I got the title from what my family used to call the 'first goodbye', when you are saying goodbye to someone you really want to keep seeing.

“When you're at the airport for example, and you're at a gate where a passenger can go through and you can't, because you don't have a ticket.

“So you look each other in the eye and that's the first farewell. Whether the person does the second leg tells you where you are in that person's thoughts. 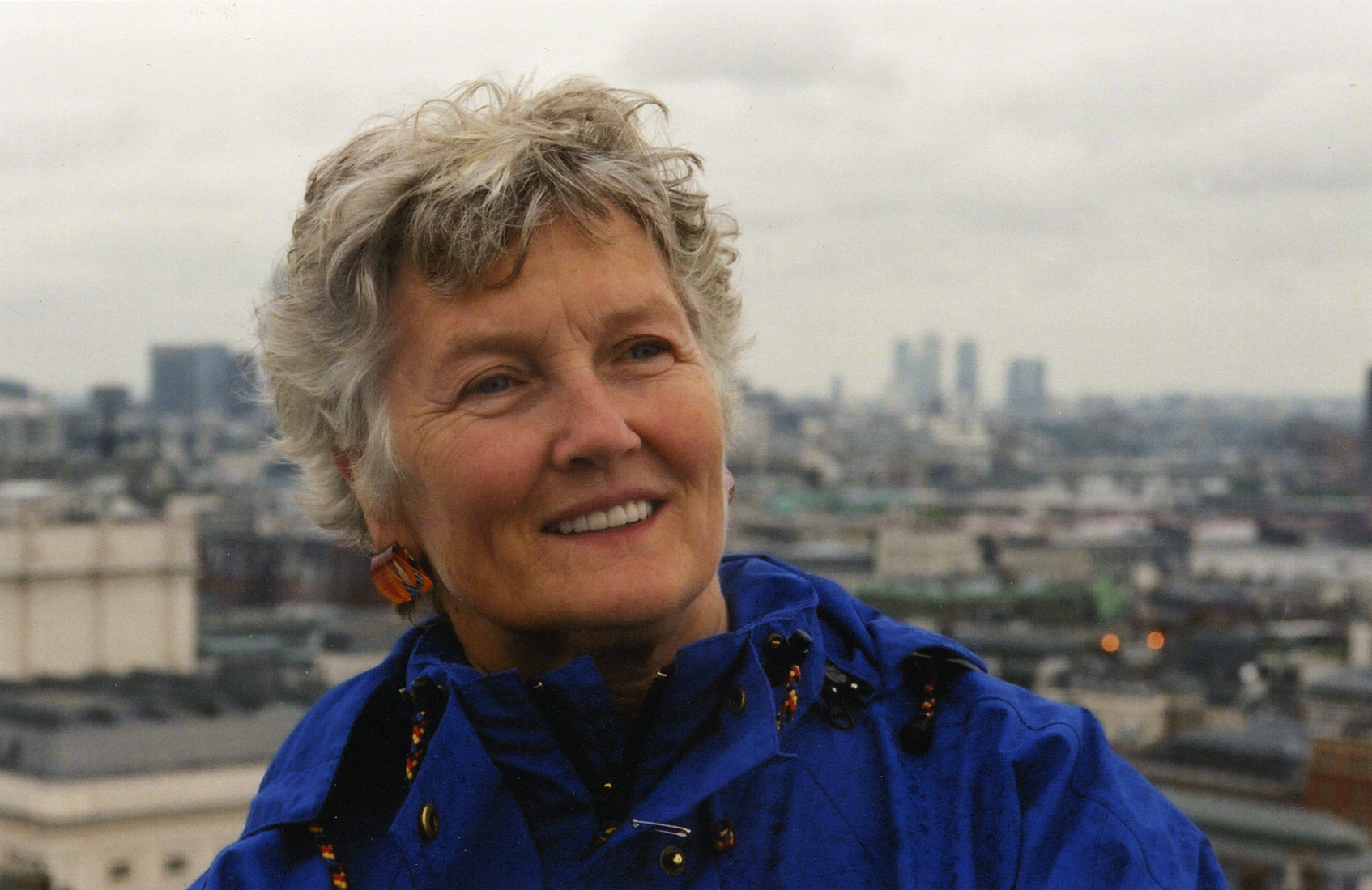 Peggy in 2005. Pic by Michael Rosenbaum.

“The person walks down 40 or 50 feet, and you can still see them, and if they turn, look back and wave, that's the second farewell. Some people don't wave, they just go right around the corner.

“So it may happen, it may not happen, but the first farewell is where you know you're going to be saying goodbye.

“That for me, is a huge step, because I'll be 87 in Kilkenny and the thought of no more concert tours is frightening; I've done it for 70 years.

“The people Calum and I are singing to; you want to just keep singing to them; they're gems,” she added.