Kathryn has performed at Ulster finals as well as appearing on TG4. 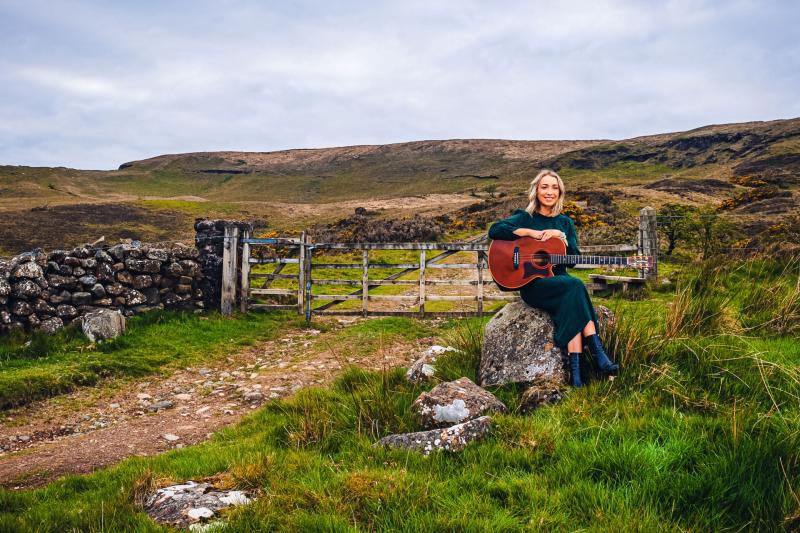 A County Derry musician and TG4 talent show finalist is set to launch her debut EP next month.

The project, a culmination of years of writing and performing songs in both Irish and English, at concerts and in competitions, was recorded at Roux Recordings.

The five tracks consist of two songs in Irish, two in English and one half-and-half. In the tracks, Kathryn explores different genres with a range of accomplished musicians: Conor Mullan, Dónal Close, Hugh Mulholland and Anthony Totten.

Kathryn reached the final of TG4’s Réalta agus Gaolta as a two-piece with her brother Conor in early 2022, performing three of the EP tracks as part of the competition.

She was inspired to record the tracks after this success, and after recording a few live videos with Roux Recordings, she decided to take the plunge and record a studio EP.

As Ulster Scór champion, she will also be singing Amhrán na bhFiann at the Ulster Senior Football Final in Clones, the third time Kathryn has had the honour of singing at this event.

Kathryn’s passion for Irish in particular began and was nurtured by the community in An Carn and it is extremely fitting that she will launch her debut CD in the adjoining An Coire theatre.

Irish music and the Irish language play a huge part in Kathryn’s life and the launch night promises to be a delightful celebration of this. Kathryn will be joined on the evening by accomplished musicians and good friends, some of whom appear on the EP.

The evening’s concert will be followed by a fireside session, with all welcome to join. The EP “Glas – Kathryn Ní Mhaoláin” will be available to purchase on the evening.

The Maghera man has been making headlines worldwide.

Over the last two and half years, Shea Gribbon, aka The Shoe Dr, has customised more than 600 pairs of shoes with professional cyclists, Olympic gold medalists and pop stars listed among his famous clientele.

Orla Mullan caught up with the Maghera man this week to find out more about his unique business which is making headlines around the world.