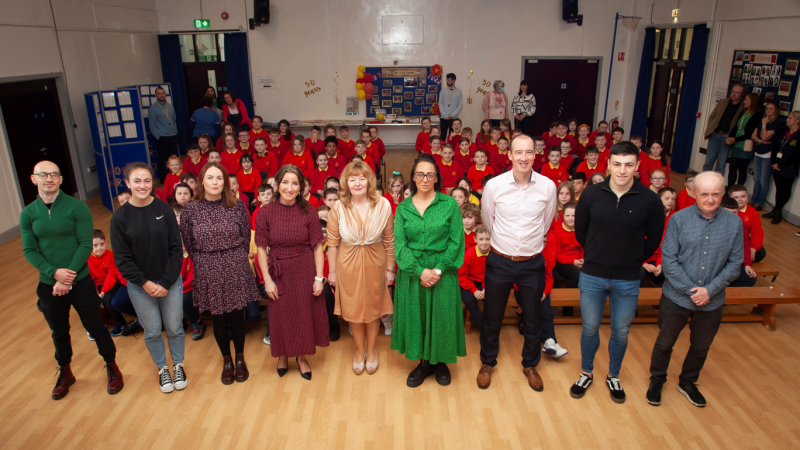 Celebrations for Steelstown Primary School's 50th  anniversary continued when the school invited past pupils to come and talk to the children about their memories of the school and their journeys since.

The panel of eight special guests regaled  the  pupils with funny and memorable stories as well as imparting some words of wisdom during the hour-and-a-half debate.

The event was a huge success with the children listening intently to the special visitors and then asking some probing questions of their own.

Eamonn McCarron, from Sparks musical group, kicked proceedings off by telling the audience to ‘think big, start small, start now and that failure is ok.’

Athlete Cara Laverty, who has represented Ulster and Ireland in athletics, was next to take the floor and she recalled how her interest in sport began in primary five at Steelstown and described how sport had brought so many positives into her life including trips to America and Portugal. 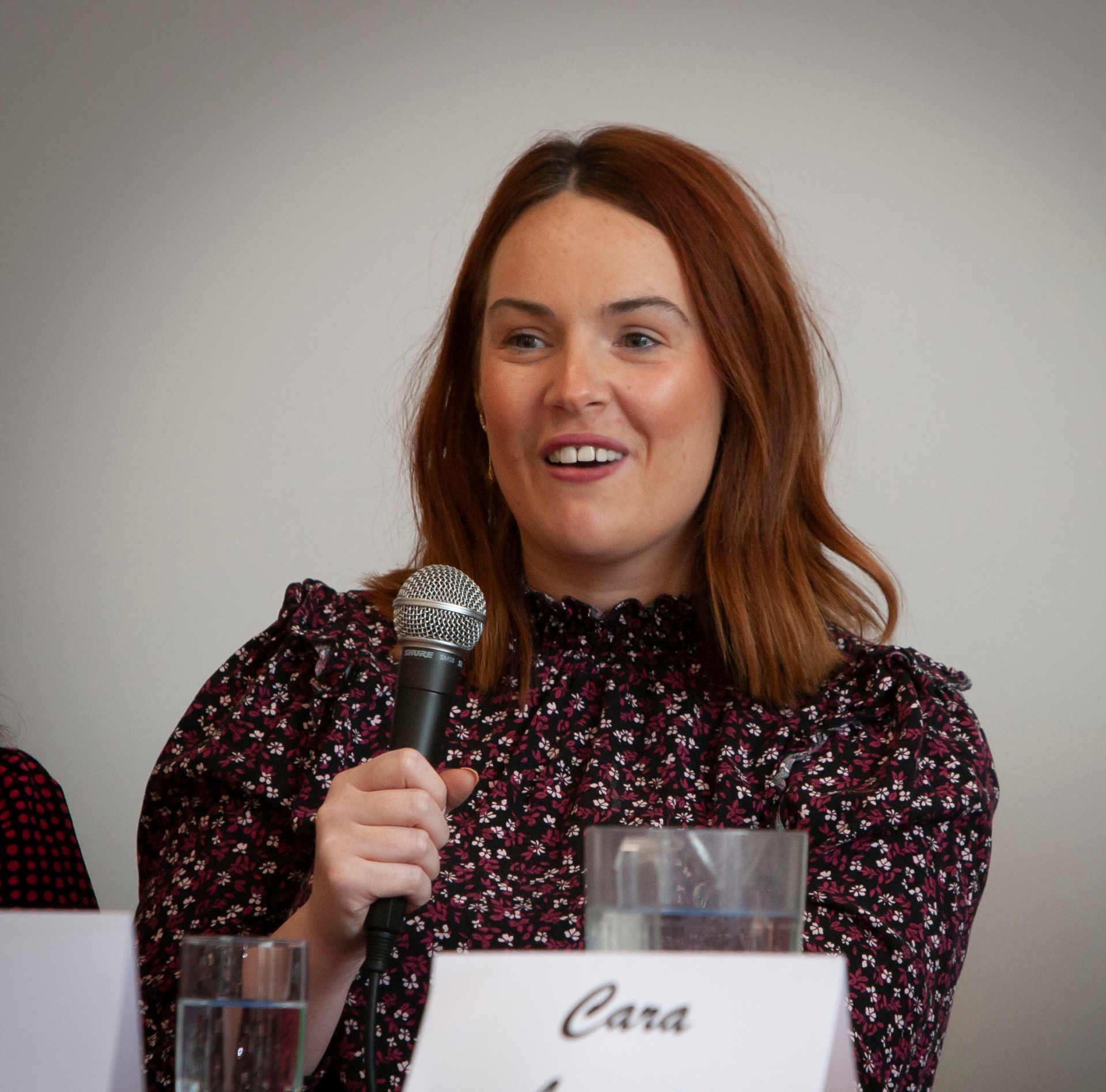 Laura Callaghan responds to a pupil during the Q&A sesson.

Third panellist, Laura Callaghan, who was a theatre nurse in Altnagelvin, remembered Steelstown as being a place of fun. She told the children to sing and dance as much as possible.

Next up was Cara McCartney, manager at the city’s Millennium Forum. Among her favourite memories of Steelstown were the Easter bonnet parade and getting excited to see the television getting wheeled into the classroom.

Cara also reminded the children the importance of taking themselves out of their comfort zone. 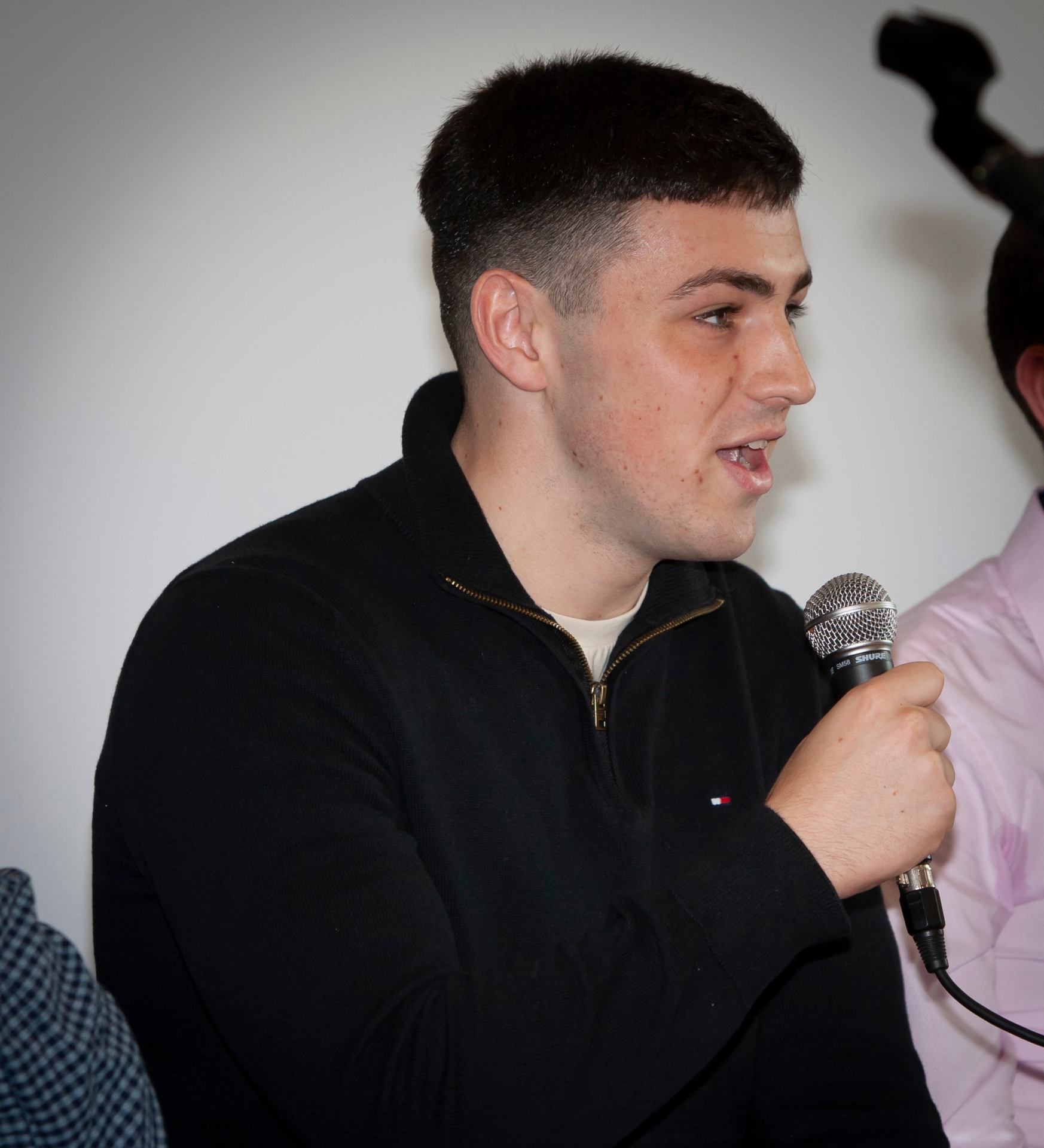 Ben McCarron, from Brian Ogs Steelstown GAC, one of the panelists .

The microphone was then passed to Pauline McCloskey who has set up her own mental health charity. She spoke warmly about her love of Steelstown and how it was a school rooted in family and community.

Media officer with Derry City and Strabane District Council, Johnny Craig, had the children in stitches when he told them of the time he scored the winning goal in the class league only to clash with the crossbar and knock himself out!

The youngest member of the panel, All-Ireland medal winner with Steelstown’s Brian Og’s was next up. Ben McCarron told the children that he played as much sport as he could to try and get out of class and how friends from primary school become friends for life.

The final guest to address the pupils was Nerve Centre founder Martin Melarkey. He recalled many abiding memories of going to school at Steelstown and said he would encourage and inspire all children to listen well and never give up.

Principal Siobhan Gillen concluded the event with a special thanks to teachers - Mr Feeney, Mrs Doherty and Mrs Connolly for their help in organising the Q&A. 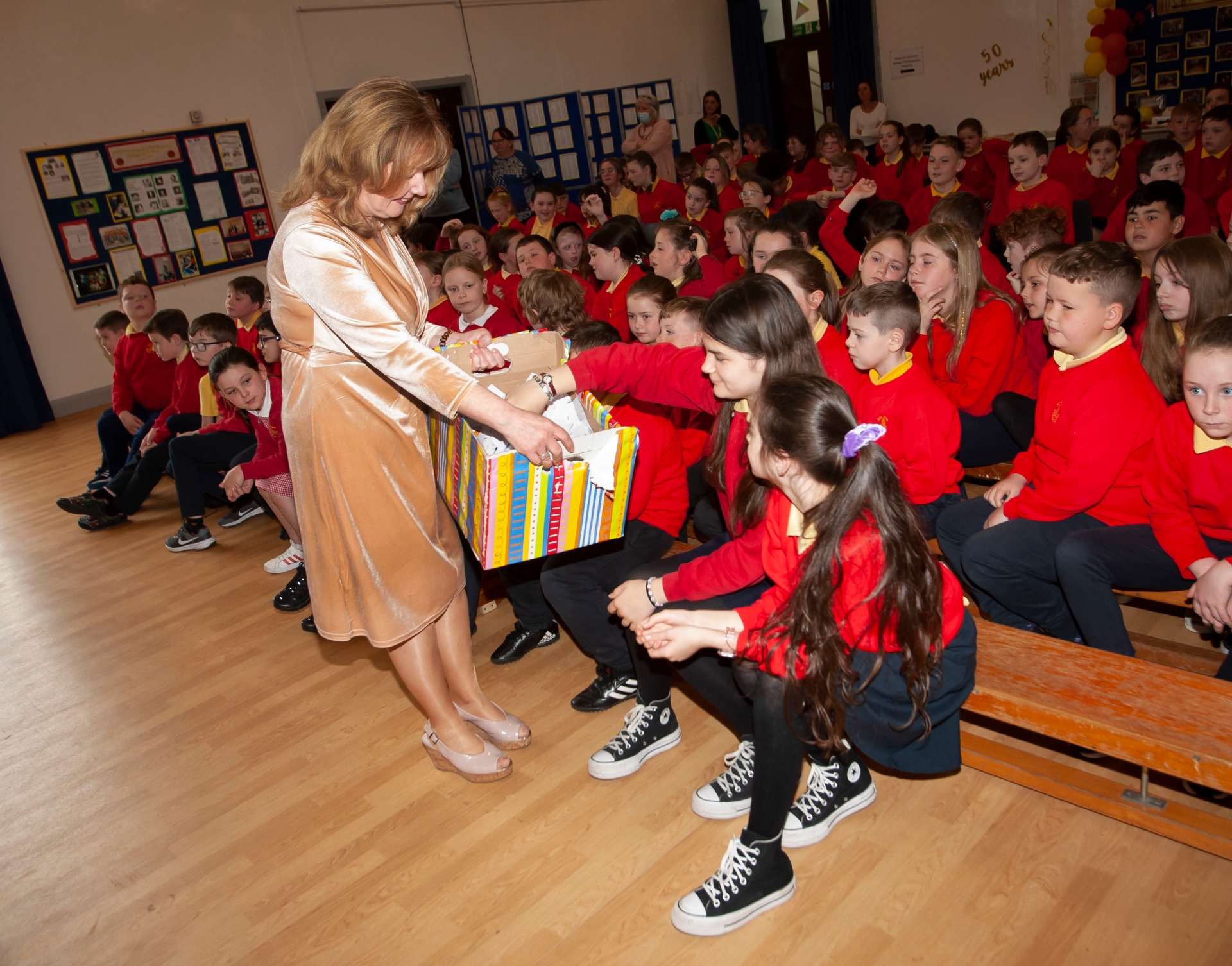 Siobhan Gillen, principal, gets the draw started with the help of some pupils.

She added: "The school would like to take this opportunity to thank the guests for taking time out of their busy schedules to spend it helping to round off what has been a busy but memorable week of celebrations for Steelstown Primary School. 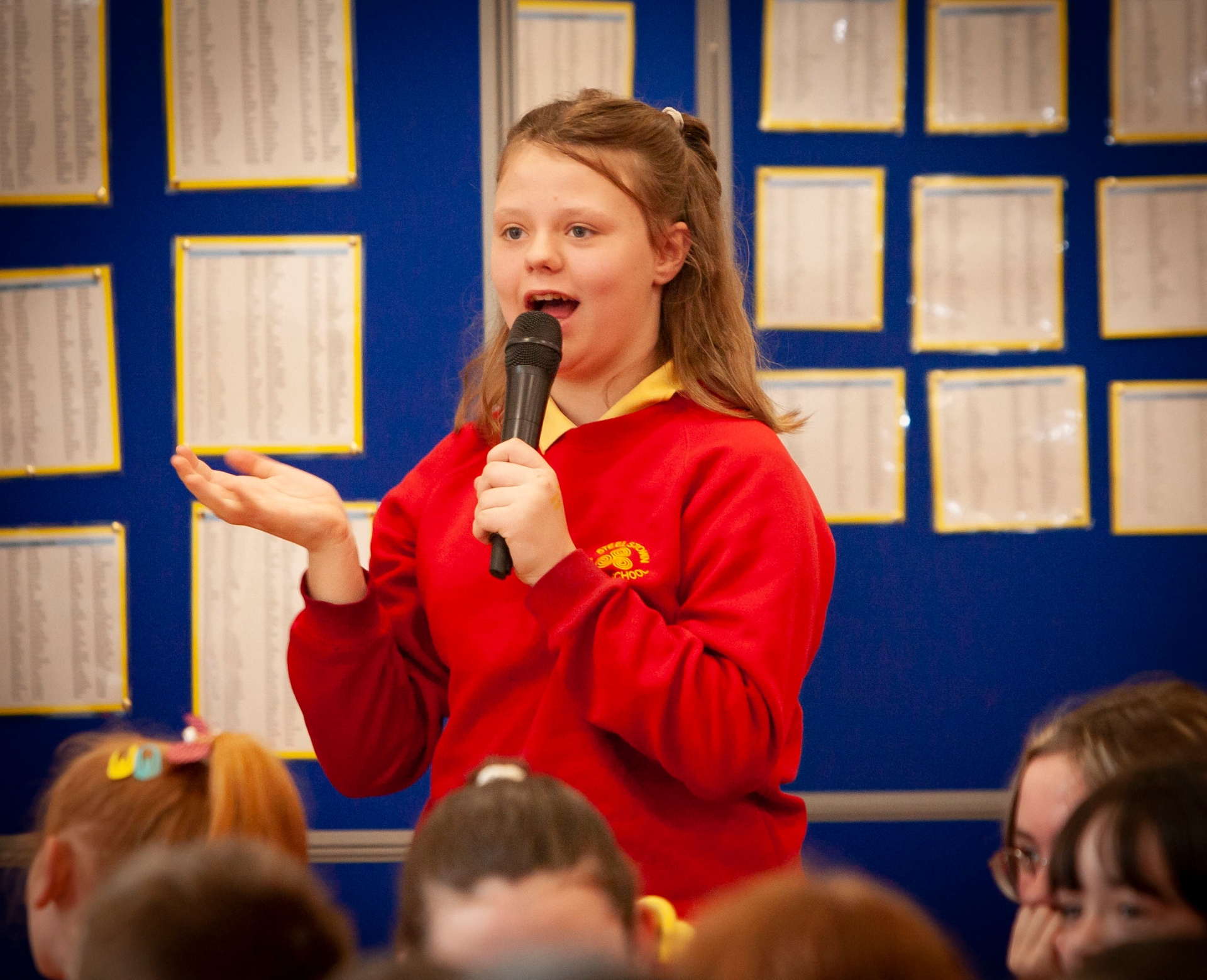 P7 pupil Lily Rose puts a question to the panel.