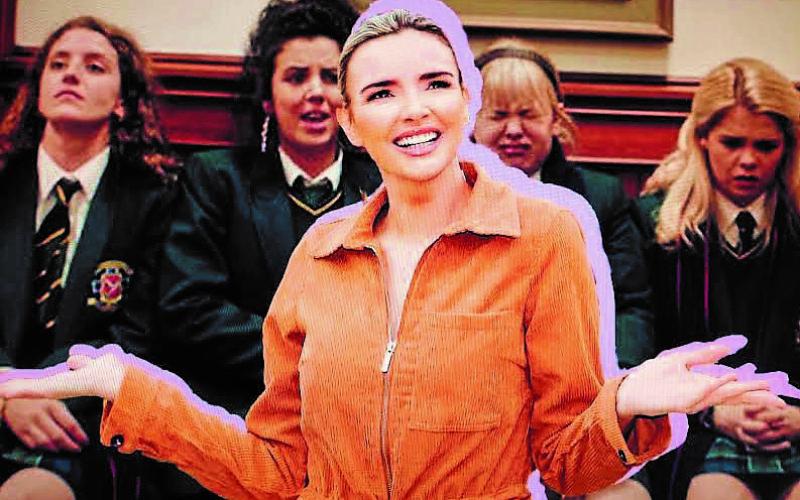 The third and final series of Derry Girls concludes this week with a one-hour special.

Hollywood star Liam Neeson made a surprise cameo appearance in the first episode and fans of the hit comedy series are on tenterhooks as who the surprise guest will be when the final episode is aired on Wednesday night.

The 'real Derry Girl' Nadine Coyle is rumoured to make an apearance.

Fans have been waiting to see if the former Girls Aloud star will make a cameo, and while she remained tight-lipped on the matter, the singer did say she would love to make an appearance.

Nadine told RSVP Live : “I love that it is actually based on the school that I went to, Thornhill.”

“The writer of the show (Lisa McGee) went to that school as well. I would love to be on it.”

Nadine has even considered what kind of character she would like to play on the show.

“I go from ... I would like to be one of the Derry Girls in the school, and then I’m like ‘I’m far too old for that … but they’re about my age acting that age, so maybe I can get away with it.

“Then I think I’d be great as a hairdresser that moved away to London and came back with a funny accent and then knows everything about everything.”

The weekly half-hour episode will be screened on Channel 4 at 9.00pm tomorrow (Tuesday) with the final one-hour special going out at the same time on the same channel on Wednesday night.