The pair are charged with the murder of Karol Kelly in Derry in March 2018. 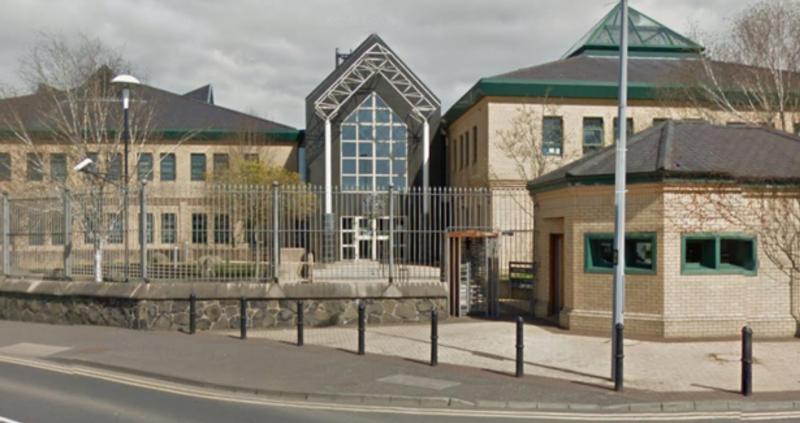 The men appeared at Antrim Magistrates Court from Coleraine Custody on Tuesday.

Two men who appeared in court this afternoon charged with a series of petrol bomb attacks on the north coast are currently on bail in relation to a 2018 murder.

Sean Anderson (23) and Gary Anderson (25), whose address cannot be published due to legal reasons, appeared via video link at Antrim Magistrates Court on Tuesday charged with criminal damage and throwing petrol bombs.

The charges relate to a series of alleged incidents in Coleraine and Portstewart over the weekend in which homes were attacked and petrol bombs thrown.

Opposing bail, an officer outlined the facts of the case to the court, explaining that the two defendants were currently on court bail in relation to the murder of Karol Kelly in Derry in March 2018.

Police received a call from a female on Sunday April 24 at around 5.00pm reporting criminal damage to her property at Loguestown Park, Coleraine.

On attending the scene, police noted a number of panes of glass had been smashed and discovered that the injured party's 13-year-old son had been present at the property during the incident.

He told police he had heard the smash and when he looked out he saw a 'maroon' car and a male wearing black shorts, a white t-shirt and with a scruffy beard.

A family friend who was present at the property, on hearing mention of a red-coloured car, realised that the Andersons drove a red Volkswagen Jetta and looked them up on Facebook.

When she showed the 13-year-old images of the defendants, he identified Sean Anderson as the man he saw making his way towards the vehicle.

Police received a further report from another female at 7.17pm on Sunday April 24 who said a neighbour had informed her a petrol bomb had been thrown at the front of a house.

Smoke damage was noted and the remnants of a smashed WKD bottle were found at the scene.

The event was linked to an incident earlier in the day when the injured party observed a male, who she described as 'fat in build', smashing a glass bottle in the driveway of her property.

Police heard from multiple members of the public of a maroon-coloured Volkswagen vehicle in the area at the time of the incident.

Further reports were then received of an incident at Somerset Drive, Coleraine at around 9.15pm on the same evening, with a male reporting a petrol bomb had been thrown at his property.

A beer bottle was recovered from the scene for forensic examination.

Incidents occurring in Coleraine and Portstewart are thought to be linked.

Police then received a final report of damage being caused to a vehicle in the area of York Avenue, Portstewart at around 9.28pm.

A member of the public reported that four males were causing damage to a red Volkswagen Jetta, with the windows being smashed. On arrival, police noted no one was present in the area.

The police officer told the court the vehicle was owned by Gary Anderson, and following an inspection, a packet of white cloths with red-stitched trim were found in the car.

Two cloths were missing from the packet, and one visually identical was recovered from the bottle found at the property on Somerset Drive.

Sean and Gary Anderson were located at their court bail address and were arrested and interviewed, mostly replying 'no comment'.

However, Sean Anderson stated at interview that CCTV would show he did not throw anything at the Loguestown incident.

Police said this was an 'unusual comment' and suggested it was an admission he was at the scene, but denying being the person who threw anything.

The court heard further CCTV at the bail address indicated that both gentlemen were not present at the relevant times, with vehicle enquiries placing the suspects in the relevant areas.

Subsequent G4S enquiries also showed the defendants were not present at the address at the relevant times.

The police officer told the judge that there was a likelihood of further offences, and said there was a concern that yet unlocated phones belonging to the defendants could be destroyed if bail was granted.

He also said there would be a public order risk, saying retribution may be sought, and recommended the defendants be remanded for their own safety.

Defence for the brothers pointed out that a number of injured parties were known to the police and that the defendants had been on bail for 18 months without issue.

The judge refused to grant the defendants bail, saying he could not be satisfied that they would remain law-abiding.

He also agreed there was a risk of further offending, as well as interference with witnesses, setting a date of May 23 for the men to appear at Coleraine Magistrates Court.