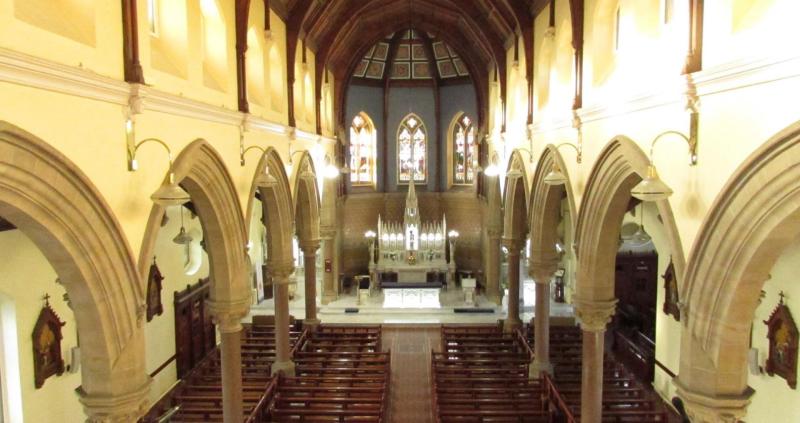 The Church of Our Lady of the Assumption in Magherafelt.

Two youths, one 11-years-old and the other a 15-year-old, have appeared at Derry Magistrate's Court charged in connection with an attack on a Catholic Church in Magherafelt on Saturday.

Both were charged with various offences including criminal damage to a number of items in the Church of Our Lady of the Assumption valued at more than £1,000.

The youths cannot be named due to their age and the court was told that the offences were aggravated by hostility.

The court heard that a priest was on his way to say evening Mass on April 23 when he came across three youths interfering with a defibrillator.

He asked them to stop and they subjected him to abuse including sectarian language putting the priest in fear of assault.

One of the youths was then said to have thrown a lighter at the priest but missed.

The priest recognised the lighter as coming from the Chapel and when he went inside he found damage done inside.

The court heard that a lock had been damaged, candles broken, a vase smashed and Bibles and holy books thrown around the Church.

A police officer said the damage was estimated to be valued at around £1,000.

The defibrillator would have to be sent away to be checked the police officer said.

CCTV was examined and the youths were identified.

When arrested one of the youths said there was 'nothing really damaged much'.

At interviews both admitted being in the Chapel.

Bail was opposed on the grounds there was 'a very clear risk of re-offending'.

As regards the 15-year-old the officer said he was currently on bail in relation to other matters.

As regards the 11-year-old the court heard that he had been involved in four separate incidents in the last month.

The officer said that 'these children were congregating in groups' and 'were out of control.'

The youths were granted bail on condition that an accommodation package approved by the PSNI was in place, they have no contact with each other and also that they do not enter Magherafelt.

They will appear again on May 17.

The third youth will appear next month.