The Bellaghy woman is Turin-bound after winning the RTÉ Eurosong special. 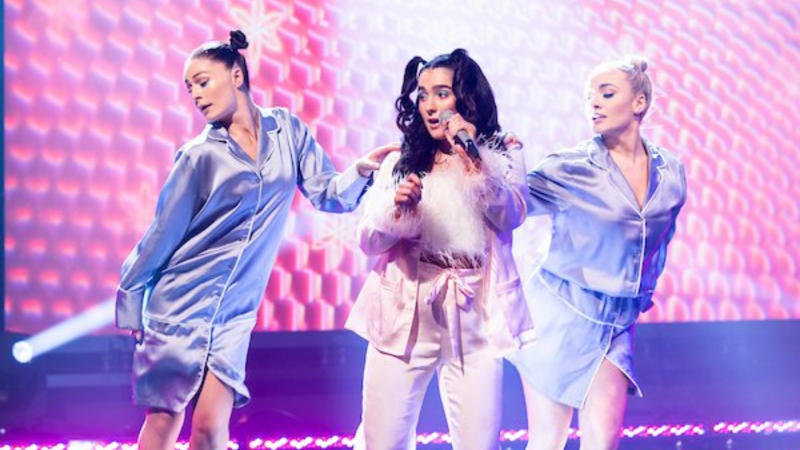 County Derry will be represented at this year's Eurovision Song Contest.

Bellaghy woman Brooke Scullion got the nod from the public and the judges during tonight's Late Late Show Eurosong special on RTÉ.

Hosted by Ryan Tubridy, the show saw six hopefuls compete for the chance to represent Ireland at the competition later this year in Turin, Italy.

Brilliant song and performance by Brooke Scullion this evening. Fun, funky, polished and very catchy. #ThatsRich is the perfect choice to represent Ireland in the Eurovision! You've got the Murray vote
#Eurosong #LateLateShow pic.twitter.com/PvCEqpf8DW

Performing last, Brooke drew a raucous reception from the crowd gathered in the RTÉ studio as she performed her new single 'That's Rich' to the live audience.

Her efforts were warmly received by the panel, with one judge saying the song brought back happy adolescent memories.

"She's so confident, she's so young and looks like she's having fun. I want to watch it again. There is that kind of youthfulness to this song and it makes you feel like a teenager," said Bláthnaid.

The Bellaghy singer was an integral part of her old schools music and performing arts department.

"It's fun, it's playful and we've all felt those emotions before. There was a definite 'we're in fourth year, let's stamp on the stage' feel."

Paul described it as a 'powerhouse of a song', while another admired the confidence of the former St Patrick's College, Maghera student.

"She really commands the stage. She knows who she is as a performer and it comes across really well."

The international jury awarded Brooke the maximum 12 points to kick off the scoring, before the jury awarded her four points, drawing a bemused reaction from the crowd.

Janet Brogan nailed the 12 points from the judges to go into the lead with 20 points, with Brooke tied in second place.

The developments left the result in the hands of the public, who handed Brooke the maximum 12 points to see her clinch a place in the Eurovision Song contest for 2022.

A delighted Brooke took a tumble leaving her seat, but recovered to tell host Ryan Tubridy she felt there was room for improvement.

"My nerves are shot. That was brutal. I wasn't happy with the performance, I can't wait to do it again," she said.

Panti Bliss said Brooke was going to make a 'great representative' for Ireland in the contest.

Before the performance, Brooke told Green Room host Marty Whelan she was ‘delighted’ to be there.

The Bellaghy singer will compete to become Ireland's Eurovision entry this Friday on RTÉ.
ADVERTISEMENT - CONTINUE READING BELOW