Mark Roughan's house was recently destroyed in a devastating fire. 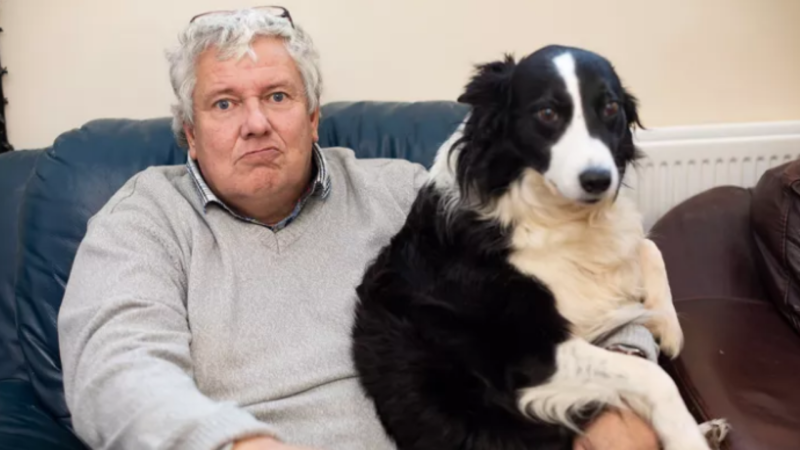 Mark Roughan and his dog Clipper, who he credits with saving his life.

A County Derry man has been left 'humbled' after his local community rallied around him to show their support in the wake of a fire that destroyed his home.

Mark Roughan was lucky to escape with his life after a fire at his home in the early hours of January 16 gutted the property.

The Portstewart native was left devastated by the fire, but his friends and neighbours kicked into gear immediately to offer him support.

Mark is a member of the Portstewart Men's Shed, who set up a Go Fund Me in order to raise money to help with the costs of replacing what was lost in the fire.

Support has also poured in from the local Community Association, and the area's traditional music group, who are holding a session to raise funds on February 4.

Local coffee shop Bob and Bert's organised an evening of live music on Tuesday in Portstewart to raise funds.

The 63-year-old said he was left 'humbled' by the outpouring of support after his ordeal.

“I'm really humbled by all the support and fundraising. The support of my friends has just been invaluable, I have such good friends around me,” he told the County Derry Post. 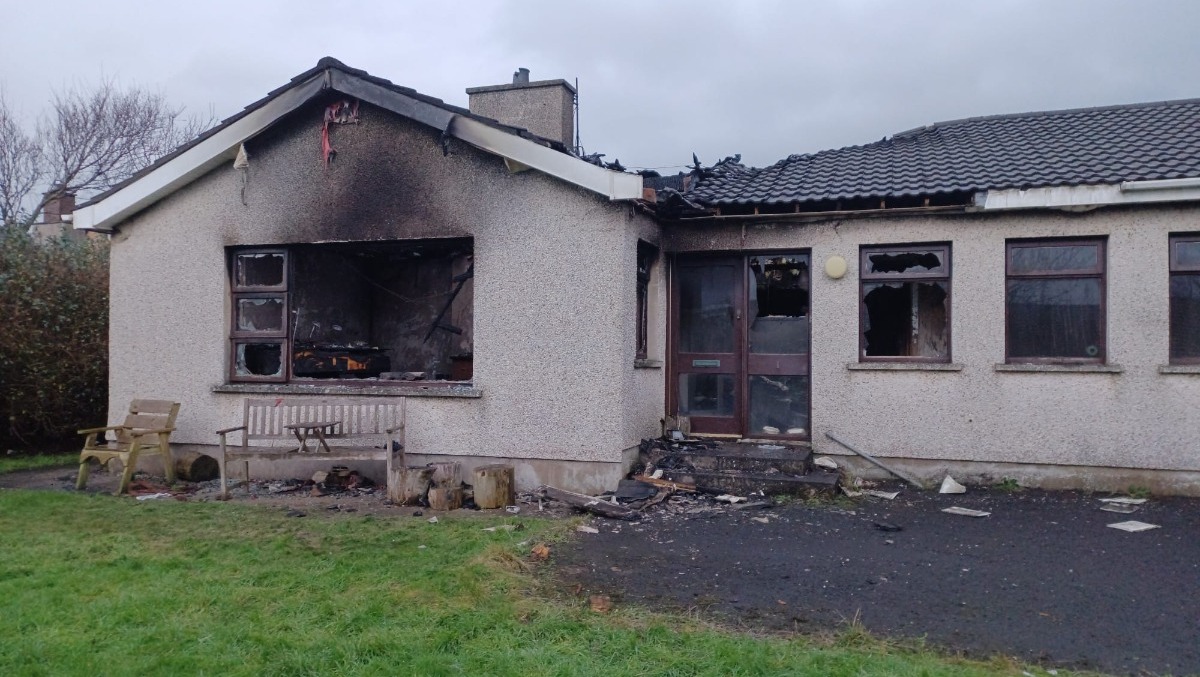 The scene of devastation at Mark's house after the fire.

Mark feels lucky to have got out of the house with his life, and credits his dog, Clipper, with saving his life.

“Clipper never normally makes a sound; she sleeps in her bed at the bottom of my bed,” he said.

“I always have to call her in the morning because she's been that quiet all night I'd nearly think she's died, but she started coughing and snorting and barking, which woke me up.

“I got out by the skin of my teeth. I crawled down the hall in absolute acrid smoke and dragging the dog. I stood up and went dizzy with the smoke; the flames were just licking out of the front room.

“I got the snib off the door and got a breath of air out of the letter box, and the minute I opened the front door, the roof went up like a Roman candle.

“I want to thank the Northern Ireland Fire and Rescue Service. Two rooms were gutted, but the rest of the house was destroyed structurally and with smoke damage.

“My six saxophones were in the bedroom where I was sleeping, and other than a wee bit of smoke damage to the cases, they are fine.

“The thing that is breaking my heart is that I lost an almost brand new grand piano and a lifetime collection – maybe three or four hundred – music books and CDs.

“Other than that, it's only bricks and mortar,” he added.

Mark's friend, Stuart McNicholl, said the fire had shocked the close-knit community in the area, and described his frantic phone calls to make sure he was safe following the incident.

“I was lying in bed that morning at 3 o'clock and it came up on Facebook, showing you the fire engines outside on the street.

“It came through my head – 'I hope that's not Mark's house' – but I didn't recognise the street, because Mark lives up a side entry.

“At a quarter to two the next day I got a call from a fella called Trevor Keys from the Men's Shed in Portstewart.

“So I spent from two o'clock trying to find him. I phoned the hospital, because someone had told me he'd been taken there for smoke inhalation.

“It took me 'til half 8 that night to find out his brother had picked him up and put him into temporary accommodation.”

For now, Mark is recovering from the ordeal and trying to achieve some level of normality.

“I'm trying to get back to my usual routine,” he said. “I've come down to the Top House in Portstewart to have a chat with my friends and a cup of coffee.”

You can help Mark by donating to the Go Fund Me account, or by attending any of the fundraising events coming up in the area.