Bernard's son Malachy says the family has 'mixed feelings' over the report. Sinn Féin councillor Bernard O'Hagan was shot by a loyalist gunman as he arrived for work in 1991.

The son of a County Derry man murdered in 1991 says the Police Ombudsman's report into collusion between security forces and loyalist paramilitaries confirms what the families already knew.

Malachy O'Hagan's father Bernard was shot dead by a UDA/UFF gunman as he arrived at Magherafelt Technical College on September 16 1991.

The murder was among 19 similar killings that spanned a four-year period between 1989 and 1993 on which the Ombudsman focused her investigation.

The report found that police had failed to inform Mr O'Hagan that his details had been found in documentation found at an address in Portrush in February 1991.

It also concluded that 'efforts by police to identify and prosecute those responsible for Mr O'Hagan's murder were thorough'.

Malachy says the O'Hagan family intend to meet with the Ombudsman to raise some questions over the term 'thorough'.

“There are some questions to be raised over the terminology, and in terms of our own father's murder and the investigation that preceded it being described as 'thorough',” he told the County Derry Post.

“It seems a bit of an oxymoron whenever the RUC are investigating a murder where members of Special Branch are suspected of being involved in the preparation, targetting and passing on of information.”

Overall, Malachy said the family had been left with 'mixed feelings' following the publication of the report last week.

“It's tough to read through some of the details; finding the witness reports and the details in them bring a lot of memories back,” he said. 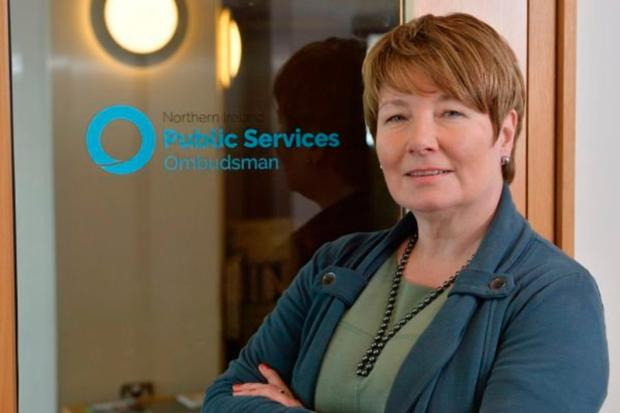 “I was very young – I was only two and a half – so I've no memory from the time that other than from my siblings and my mother, God love her.

“It's a very difficult day, but overall, the Ombudsman has said the concerns and complaints of the families were legitimate.

“It was dressed up in language like 'collusive behaviours' but in layman's terms, that is collusion. She gave a broad summary of what collusion can be.

“It can be failure to act, or co-operating and helping identify and give information over to loyalists, or make sure the families didn't see justice. This has been a long time coming.”

The report has been said to confirm what the families already knew about what was described in the investigation as 'collusive behaviours'.

“The families themselves have known for a long time. We don't necessarily need a report to tell us there was collusion involved, but it's very important that the world knows,” said Malachy.

“We were accused of being involved in some sort of nationalist propaganda, saying the state was involved in murders, but after the report, it's very clear.

“It's in black and white; state agents on the payroll of Special Branch, with the authorisation of senior members, were involved in murders.

“These individuals were known to Special Branch and the RUC to have been involved in murders and kept on the payroll.

“They found their way on to the streets of Ireland and used to murder innocent people.

“In our own father's case, the weapon used was a Personal Protection Weapon (PPW) and the same gun was used to kill Malachy Carey.

“Individuals as well as weaponry were a crossover in a lot of these cases, which is why previous Ombudsman Mr Maguire connected these cases.”

Ms Marie Anderson's report said the term 'collusion' was difficult to define, and that there were a spectrum of behaviours that constituted the term.

“Whenever you tie in the weaponry, individuals, circumstances and patterns it became very obvious to the victims and their families,” said Malachy.

“This report probably confirms what had been known, but it's now in black and white open for the whole world to know.

“British military intelligence, with the help of the UDR, RUC Special Branch and UDA members, carried out a concerted campaign against the nationalist populations.

“We'll go through that, sit down with our solicitors and have an opportunity to speak to the Ombudsman ourselves in the coming weeks,” he added.

Gerry McEldowney is the sole survivor of the Castlerock massacre.
ADVERTISEMENT - CONTINUE READING BELOW