Gerry McEldowney is the sole survivor of the Castlerock massacre. 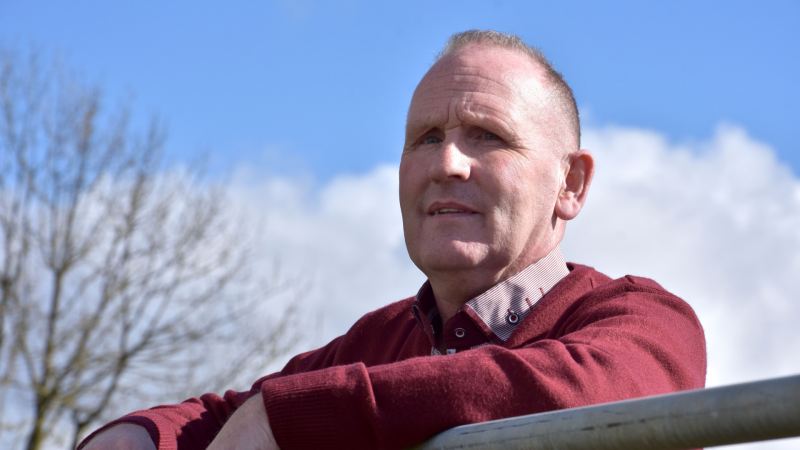 Slaughtneil man Gerry McEldowney who was the sole survivor of a loyalist gun attack in Castlerock in which his four work mates were murdered. Photo by Mary K Burke

A County Derry man who was the sole survivor of a UDA/UFF attack in Castlerock has said he felt the need to be strong for the families of those killed.

Gerry McEldowney was shot in the thigh by loyalist gunmen as he arrived for work at Gortree Park, Castlerock on March 25, 1993.

The report revealed how, after the attack, the Slaughtneil man complained of chilling police claims that the RUC had a sketch of his house and 'were going to pass this on to loyalist paramilitaries'.

“When the IRA shot Matthew Smyth in Garvagh, they arrested me a fortnight later,” he told the County Derry Post.

“They kept me for a good while and said I was involved and that I'd pointed him out and all this. They tried to do everything in their power to get somebody for it and arrested me and took me in.

“It was very hot and heavy at that time, and they said the only thing that went wrong that morning in Castlerock was that I didn't go down Maghera street in a coffin too.

“That shook me up, and then they were telling me the UFF knew where my bungalow was, where I slept, where the bedroom was in the house, that they had a plan and they gave it to them.

“It's bad enough being shot and grieving for the families, but a few months afterwards they were at that carry on again.

“I had to be strong for the family and have a strong heart, and that's what I really did, tried to stand up,” he added.

Mr McEldowney praised the work done by Ombudsman Ms Marie Anderson, but suggested she could not be entirely candid with the term 'collusion'.

“She [The Ombudsman] has done very well; she has dug a lot of stuff up. To be quite honest with you, her hands are tied too,” he said.

“She's using this word 'collusive' but she can't come out and say 'collusion' because that sounds very, very bad for them.

“You see the statements and how deep in collusion the RUC were. When you see it in black and white what they were paying handlers to go out and shoot innocent Catholics at night time.

“Whatever evidence RUC officers were gathering during the day, detectives at night were burning it. It would scare you to read word-for-word.”

On an emotional weekend, during which he gave a number of poignant interviews about his experience, Gerry says the success of the Slaughtneil camógs gave him a much-needed lift.

“I went to the camogie and it got me out. I would have managed a lot of those girls when they were younger and it lifted me a wee bit.

“They all came over to me after the match and it was a nice moment. I needed some wee thing at the weekend.

“It's always been about getting justice for the Castlerock families, more so than me. God spared me that day and I had a life with my family.

“The others hadn't, they were taken out of it.”

A number of the murders took place across County Derry between 1989 and 1993.
ADVERTISEMENT - CONTINUE READING BELOW