Consultants employed by the Council have been unable to guarantee the bridge's safety. 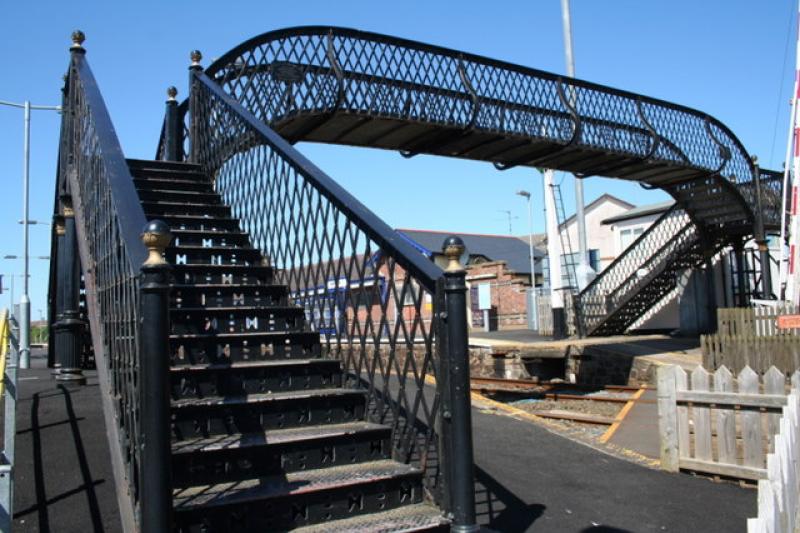 The historic footbridge at the centre of a restoration 'saga'.

The long-running dispute over the restoration of a historic County Derry footbridge has taken yet another turn after the Council dispensed with the services of consultants employed to assess it.

Castlerock footbridge, subject to a 10,000-year lease signed by Causeway Coast and Glens Borough Council in 1996, was removed in 2017.

The Council approved a contact for the bridge's removal and assessment, with a view to its restoration at a later date. In January 2022, the process remains ongoing.

At an Environmental Services Committee meeting in September 2021, the Council committed to providing monthly updates on the assessment process.

To date, the Council have employed two separate consultants for the assessment. The first - Doran's - disagreed with the initial assessment of the Northern Ireland Environment Agency (NIEA)'s consultants - Mann Williams - that the bridge needed only 'cosmetic repairs'.

Mann Williams were later employed by the Council to carry out the assessment, but at a Committee meeting tonight, councillors heard how they had now 'relieved' them of 'any more involvement in the assessment of the bridge'.

Translink have suggested they carry out their own assessment of the bridge at a cost of between £20-25,000, and have requested that the Council make a contribution for half of the required cost.

In response to a question from Cllr Richard Holmes, council officials revealed that between £12,000 and £15,000 had been paid by the Council to initial consultants Doran's, with a further £2-3,000 paid to Mann Williams.

At a previous meeting, Cllr Adrian McQuillan made reference to previous reports showing the Council had spend around £40,000 on dealing with the bridge.

Councillors heard how the most recent Mann Williams assessment had raised concerns over the bridge's structural integrity during snow or high winds, as well as potential problems if there was overcrowding on the bridge.

Despite reservations that the Council could potentially spend in the region of £15,000 for no reason, Cllr Holmes proposed that Council provide the required funding to carry out the assessment.

Cllr McQuillan said the 'saga' of the bridge had gone on for quite a while, and said Council should liaise with community groups in the Castlerock area to prepare for the possibility the bridge would not be restored.

"We're this far now, so we have no other option but to go half-ways with Translink," he said.

"It is our bridge, and I think because of the historical nature of it, it is important to the people of Castlerock. I think we have to spend this money and see what the outcome is.

"I've got a funny feeling I know what the outcome is. Maybe officers could open up a conversation with the community association down there.

"If this bridge can't go back up, and it's maybe not a big 'if' at the minute, could we discuss where we could place this bridge as a monument somewhere in Castlerock?

"We could maybe do a wee planting scheme with some sort of historical information about the bridge. I would rather see it over the railway, but I think we need to start to prepare for the worst.

"Certainly, it can't sit out and just rot to pieces and fall away, and that seems to be what's happening to it."

Cllr McQuillan seconded Cllr Holmes' proposal to provide half the funding for the latest assessment and the proposal was passed without objection.

Analysis on the bridge will take a further 10 to 12 weeks.
ADVERTISEMENT - CONTINUE READING BELOW