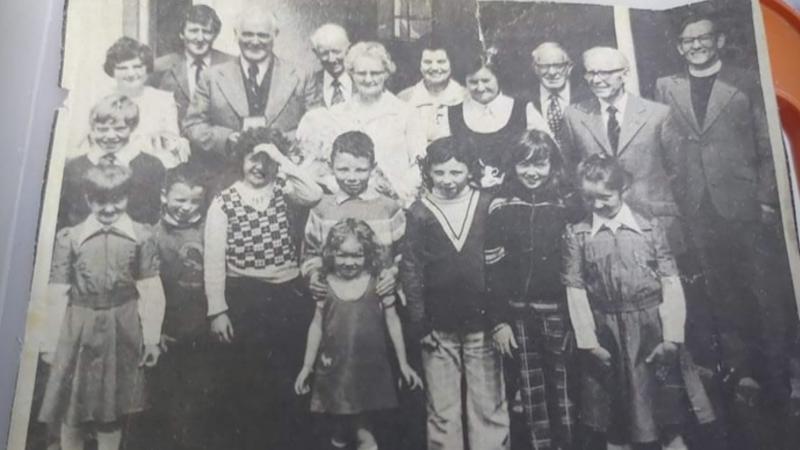 A County Derry woman is hoping to unearth some historical photographs and information about a now closed primary school close to her home.

Julie McAllister, from Aghadowey, starting looking into the history of Killure Primary School, on the Drumcoon Road, when she moved to the area at the beginning of the first Covid-19 lockdown.

She took to Facebook in a search for information about the school after noticing it as she travelled up and down the road.

“I had been passing this school every day and was just fascinated by it. I wondered what it was called, when it was up and running, when it closed,” she told the County Derry Post.

“Wee country schools like that had generations of families in them, and it was just something I became fixated on.

“I wanted to know what it was called, and if anyone had any memories or photographs of it. It was really to get a lot of people talking about it.

“I wanted to stir up a bit of nostalgia among the community that was linked to the school, and was hoping that it would bring a lot of people back in touch with each other.

“One lady hilariously came back and said there were some she could do without getting in touch with, and that made me laugh.”

Despite that particular woman's reluctance, Julie was able to gather a huge amount of information on the old school, which had been in use for almost 150 years.

Opened in 1832, the school had undergone two extensions in its 142-year stint, and at the time of its closure, Mr Noel Cunningham, who had links to the RAF, was the principal.

A Mrs Carson taught at the school around the same time, while there were two dinner ladies named Bertha Clarke and Greta McKinney.

Julie said she had been contacted by 66 past pupils of the school during her search for its history.

“I ordinarily wouldn't have been out this road, but now being on it every day, I see it, so I thought I'd put it out and see if we got anything back,” she said.

“People were putting up messages, tagging people and asking 'Is this the school you were at?' and I wondered how long it has been since those people were in touch with each other.

“I thought it was a really lovely site; a quaint country school, and there aren't many of them around. I know it's up for sale so I thought I'd like to know the history before anything happens to it.”

The derelict site at Killure PS.

Despite the relatively recent closure of the school, photographs have proved difficult to come by for Julie, with just one unearthed so far.

She is appealing for anyone with information or photographs to get in touch with her via the Derry Post to pass on what they know.

“If anybody had photographs it would be a lovely thing for me to be able to share with everybody,” she said.

“It was just to see what I could get back about it for them. I don't know these people; I don't know any of them, but they've all been so lovely in coming back to me.

“Surely to goodness, after all that length of time, the papers would have covered a school like that closing?”

If you have any information or photographs relating to Killure School, Drumcoon Road, Aghadowey, get in touch with us via editor@derrypost.com or give us a call on (028) 7774 3970.

A number of local representatives have called for action to be taken.
ADVERTISEMENT - CONTINUE READING BELOW