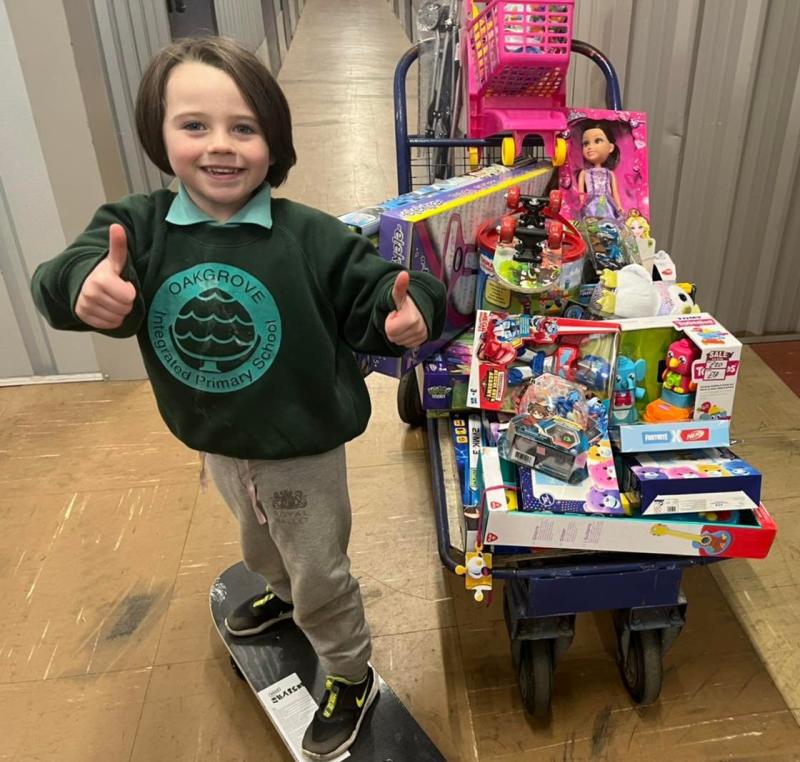 River Radio's Christmas Toy Appeal received a boost with visits from both Santa Claus and the Mayor at Lisnagelvin last weekend.

Kids flocked to Santa's Grotto at the Toytown Store to assure everyone's favourite Yuletide hero that they've been good ahead of him delivering their presents on Christmas Eve.

Parents, kids and shoppers were also doing their bit to assist River Radio's Toy Appeal to ensure that those children less fortunate in Derry will wake up on Christmas morning to a new toy in their stocking.

River Radio Director, Gerard Doherty, said the inaugural appeal last year was a success but this year's is shaping up to deliver five times more toys than were sent out 12 months ago.

He said: “Christmas time is hard on so many people, especially with what the last two years has unexpectedly thrown at people.

“With that in mind we decided to do what we can locally to support local kids and families in our city and area, no kid should ever have to wake up on Christmas without a toy.

“The joy of Christmas is the laughter of children and the smile and joy that lights up a room. It takes away any worries and issues of the outside world.

“We launched this campaign to achieve this goal as best we can. To make sure in our local area no kid is left out at Christmas without a toy or gift to open on Christmas morning.

“We've done this event in Lisnagelvin with both Santa and the Mayor coming along.

“The Toy Appeal is pretty much us collecting toys and distributing them to local kids and families in the north west who might not have a toy for Christmas.

“This is the second year now of us doing it. River Radio is a brand new radio station that is Ofcom-licensed.

“It started last year during the pandemic and it began with an idea from my daughter, Yazmin. She made a comment that she wanted to help kids and we just started the Toy Appeal from that.

“We've partnered up with the Salvation Army and the Toytown store in Lisnagelvin.

“Last year's appeal was really good. We helped over a thousand families and we expect that figure to be a lot more than that this year. We could be hitting the range of at least 5000.”