The film marks the life of Abdu'l-Bahá, a man central to the Baha'i tradition. 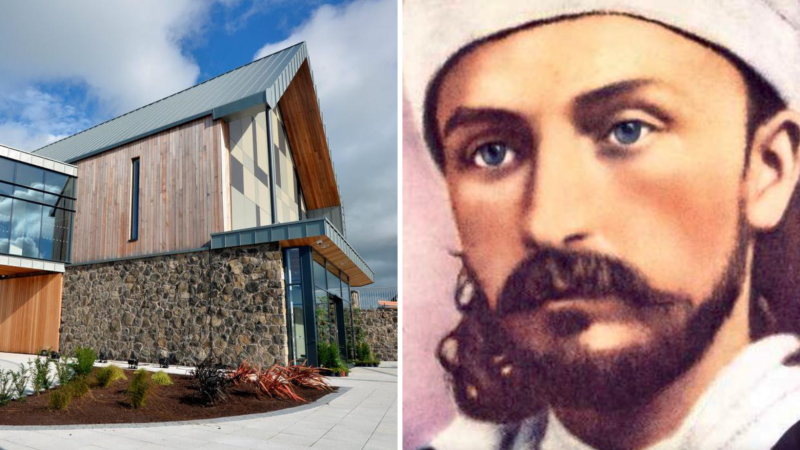 A County Derry venue is to play host to a special film to honour the life of a prominent member of the Baha'i community who sold his tickets for the maiden voyage of the Titanic in 1912.

'Exemplar' will be screened at the Helicon Theatre, Seaumus Heaney Homeplace, on Wednesday November 24 at 7.30pm, with free refreshments from the café on offer.

The event, hosted by members of the Baha'i Community in County Derry, will be opened by Deputy Chair of Mid Ulster District Council, Christine McFlynn.

Abdu'l Bahá was born Abbás Effendi on May 23 1844 in Tehran, Iran. He was exiled with his father by the Persian government in an attempt to stamp out the relatively new Baha'i faith.

Further banished to Constantinople and Edirne, his family was incarcerated in Akká, a penal colony of the Ottoman Empire next to Haifa in present-day Israel, in 1868, and Abdu'l would remain there for 40 years.

Known for his kindness and charity, he was released from prison in 1908 and travelled to mainland Europe on boats manufactured by Harland and Wolf, before travelling across North America for eight months.

During this time he became known as the 'Angel of Peace', participating in networks that shaped international peace movements.

He had tickets for the Titanic's maiden voyage in 1912, but opted to sell them and give the money to charity, and his subsequent survival prompted him to double his efforts for peace and a global society.

After war broke out in Europe, Bahá had already returned to Haifa, where he had prepared for the worst, purchasing land in Galilee to grow wheat.

When a blockade threatened the region with starvation, Abdu’l-Bahá fed northern Palestine: rich and poor, Muslims, Jews and Christians — a humanitarian act for which He accepted a knighthood from King George V.

Wednesday night's event is ticketed due to restrictions on space, but some spaces may be available on the night. Contact Mahin Gornall - mahingornall@gmail.com - for more information.

Birds only fly when both wings support each other

The remarkable story of Garvagh Baha'i Jimmy McGilligan who found his purpose in rural India.

Conferred an OBE for his work alongside wife Janak in developing the Barli Development Institute for Rural Women, Liam Tunney tells the remarkable and tragic story of the Garvagh-born drainage contractor who found his purpose in rural India.

IT was an evening of celebration at the Seamus Heaney HomePlace last Monday as members of the Baha’i community gathered to mark 200 years since the birth of the Báb.