IT was an evening of celebration at the Seamus Heaney HomePlace last Monday as members of the Baha’i community gathered to mark 200 years since the birth of the Báb. 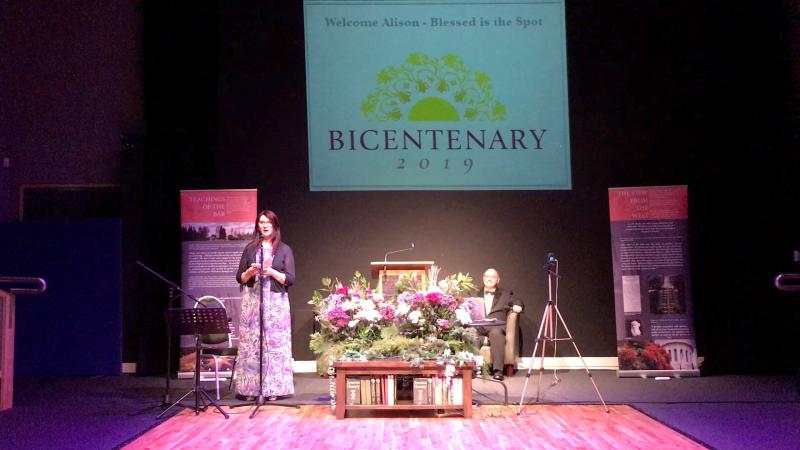 IT was an evening of celebration at the Seamus Heaney HomePlace last Monday as members of the Baha’i community gathered to mark 200 years since the birth of the Báb.
Opening the special evening, organised by the Mid Ulster Baha'i community, was Martin Kearney.
The chair of Mid Ulster Distict Council welcomed those to the very special BiCentenary event, praisin the work of members in the community.
Cllr Kearney said: “Locally, the Baha’is have taken part in many of Council led initiatives aimed at integration and have been quietly serving the local community for over half a century in fields as diverse as the equality of men and women, protection of family life, protection of the environment, renewable energy, integrated education, support of the arts and training youths to be virtuous and of service to their local communities and this support is welcomed by the Mid Ulster Council.”
The chairman's address was followed with a speech by the Rev Dr Adrian Nigel Stringer.
He praised the welcome he was given by the Báhá'i community when researching his Thesis and then provided scriptural justification (using the parable of the Good Samaritan) for interfaith co-operation.
He sent heartfelt greetings from the Christian community to the Báhá'i community on the occasion of the 200th anniversary of the birth of the Báb.
His kind greetings were reciprocated by the MC for the evening Dr Les Gornall, from Ballymoghan in Magherafelt.
Dr Gornall provided a short history of the Báb, one of the twin founders of the Baha’i Faith and the example of the Báb’s disciples. Many were killed for their belief.
Catalina Suarez also performed on the night with a rendition of ‘She moved through the Fair’.
The work of the local Baha’i community was illustrated and one of the Magherafelt Baha’is, Alison Norgate, sang one of the popular settings of the Baha’i writings ‘Blessed is the Spot’, to much applause.
Introduced as ‘The Heart of Rathlin’, Poet Mary Cecil read three of her poems beginning with 'The Poet's Dream'.
The Northern Ireland Baha’i Community has worked hard to put the province on the map and the new film by the Baha’i International Community focused on the work being done.
A section of the film 'Dawn of the Light’ was introduced by one of its stars, Jamie Anderson from Belfast. The film is now available on YouTube. The last and perhaps the most entertaining section was traditional Irish music by the Bellaghy Music Group under the leadership of Leo Neeson.
Everyone went away energised and happy. It was a glorious night made possible by the hard working staff of the HomePlace and all the participants.