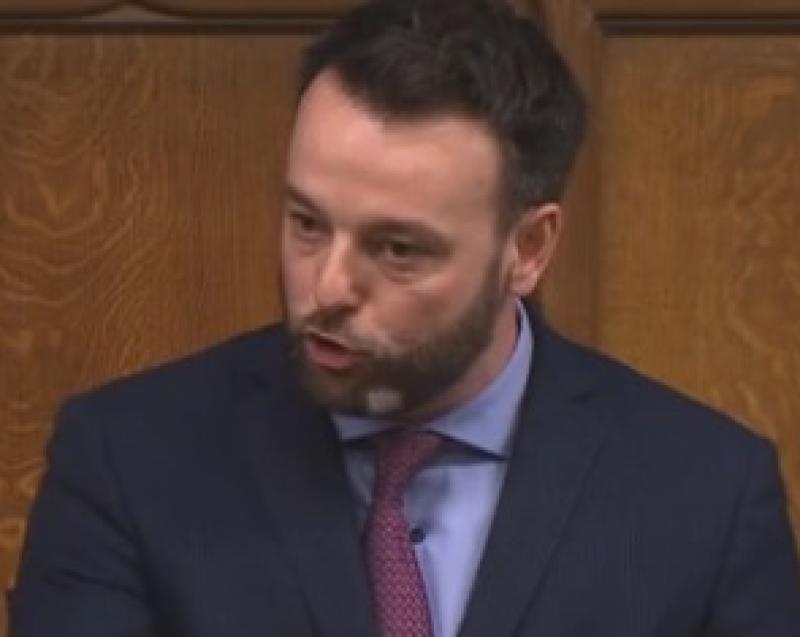 Colum Eastwood said that Sinn Féin and the DUP "are unwilling to take the tough decisions needed to protect our health service and the public".

SDLP Leader Colum Eastwood has accused Sinn Féin and the DUP of “political cowardice” over the immediate introduction of vaccine passports.

The Foyle MP also blasted the two main parties of the Stormont Executive as displaying “a total abdication of leadership”.

Mr Eastwood made his support for vaccine passports last month and reiterated his commitment today – despite him and his SDLP colleagues receiving protests and harrassment from those against the measure.

However, he said if steps are not taken to protect the health service the North is facing the reintroduction of further restrictions and called upon Sinn Féin and the DUP to step up to the plate and make the tough decisions.

Mr Eastwood said: “The message from our health service has been clear – they are on the brink of collapse and want to see urgent mitigations introduced, including the immediate introduction of vaccine certifications to take the pressure off staff and allow patients to get the care they need.

“Health Minister Robin Swann has previously warned that our hospitals will have to turn people away if the situation worsens and we saw that play out last night at Craigavon Area Hospital.

“Sinn Féin and the DUP have thus far shown stunning political cowardice on this issue, a total abdication of leadership.

“They are unwilling to take the tough decisions needed to protect our health service and the public.

“This isn’t easy, since calling for the introduction of vaccine certifications myself and party colleagues have been harassed and protested against but our primary concern remains protecting people.

“We now face a stark choice, time is running out and this decision should have been made weeks ago.

“To protect our health service, so that cancer sufferers, people in need of urgent operations and others in desperate need of medical attention get access to the treatment they need we will have to introduce vaccine certification or further restrictions to stop the spread of the virus.

“Nobody wants to see another lockdown, I don’t want to see our businesses forced to close, they have been through a horrendous time since the beginning of the pandemic and many are fighting for survival.

“While a vocal minority continue their opposition to vaccine certifications recent polls indicate the vast majority of people in the North are in support of them.

“Our Executive has the power to make decisions quickly, Nichola Mallon (Minister for Infrastructure) has constantly fought for the introduction of this vital measure and it’s time Sinn Féin and the DUP listened and do what’s necessary to protect our public, businesses and our health service.”