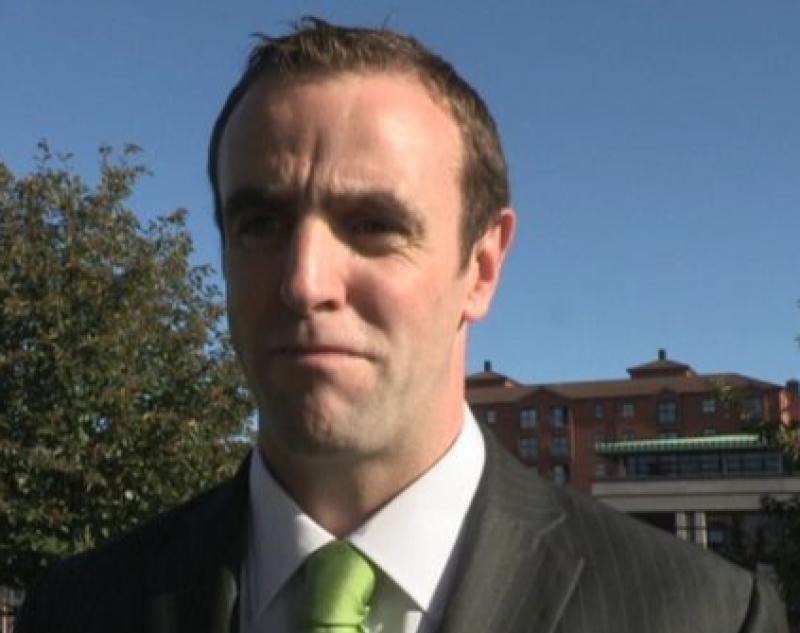 Foyle MLA Mark H Durkan: "People will now face difficult decisions about how they are going to put food on the table and heat their homes this winter"

A row has erupted between Foyle MLA, Mark H Durkan, and the Executive's Finance Minister, Conor Murphy, over the failure of the Assembly to reverse the £20 cut to Universal Credit.

Mr Durkan, who is the SDLP's Communities Spokesperson, said that Mr Murphy and his party – Sinn Féin – had struck a huge blow to people across Derry and the North.

The Finance Minister was accused by Mr Durkan of rejecting a bid from Mr Murphy's Sinn Féin colleague – and also the Executive's Communities Minister – Deirdre Hargey for £55million to keep in place the £20 uplift for the rest of the financial year.

Mr Durkan said: “The decision by Sinn Féin Finance Minister Conor Murphy not to reverse the £1,040 a year cut to Universal Credit will be devastating news for the around 134,000 people currently in receipt of this welfare across the North.

“SDLP Infrastructure Minister Nichola Mallon supported the bid for this money, but Sinn Féin and the DUP have gone over the heads of the rest of the Executive and rejected it.

“This decision will leave a wide range of people, from families to single parents, to workers significantly worse off at a time when we are seeing electricity and gas bills rising to record levels, essential goods are getting more expensive and national insurance contributions are set to go up.

“These people will now face difficult decisions about how they are going to put food on the table and heat their homes this winter.

“The British government had the chance to reverse this cut when they unveiled their budget earlier this week – they chose not to take it and now Conor Murphy has done the same thing, he’s failed to protect local people from this cruel cut despite having the power to do so.

“What’s even worse is expectations were raised when news emerged that a bid had been made by the Sinn Féin minister for this money, people believed that a reprieve was coming only to have their hopes dashed.

“I understand the financial constraints the Executive is under and it’s only right that our first priority should be health, but the mental and physical health of thousands of people will be affected by this cut as they struggle to get by.

“To keep this funding for the rest of the year would have required just £55m, less than 0.5 per cent of the Executive budget and I hardly think that is an insurmountable sum to find for the Finance Minister.”

However, Mr Murphy hit back expressing disappointment at Mr Durkan's comments and accused the SDLP of “shameful electioneering”.

He said: “At the Executive meeting last Thursday I set out allocations for the October Monitoring Round.

“This included £200m for Health in line with the Executive's priorities. No alternative allocation was proposed.

“I also offered the option of a pro rata reduction from Departments other than Health in order to fund the Universal Credit uplift this year and in the longer-term.

“The SDLP Minister did not express any support for this option.

“Following the Executive's discussion I asked for the allocations to be cleared through urgent procedure, which is cleared by the First Ministers on behalf of the Executive.

“No Minister objected to this.

“I’m disappointed that the SDLP’s public position on this issue is clearly at odds with their private position.

“This smacks of an effort to speak out of both sides of their mouth.

"This is cynical electioneering with no regard for the people on Universal Credit whose £20 uplift was shamefully snatched from them by the British Tories.”

Meanwhile, Foyleside Councillor, Shaun Harkin of People Before Profit, launched his own broadside towards Mr Murphy saying both the Minister and the Executive had “deemed it acceptable to turn its back on the least well-off”.

He said: “The call for Stormont to take responsibility for the £20-a-week cut to Universal Credit has been ignored.

“In failing to prioritise funding to restore the Universal Credit cut, the Executive has once again deemed it acceptable to turn its back on the least well-off. This is utterly shameful.

“Point scoring and divisive squabbling from Executive parties won't do anything to defend those among us facing a winter of pain.

“Genuine resistance, not lip service, is the only way to push back against spiralling inequality. That's not happening with this lot on the Executive.

“Derry has the highest deprivation levels in the North. Thirty per cent of the population are below the poverty line. Our child poverty levels are criminal. Yet, there are more super rich people than ever before.

“This hasn't happened by accident but because the Executive parties emulated the Tories over the last twenty years in prioritising elites by encouraging privatisation, lobbying for tax cuts for corporations, greenlighting cruel welfare reforms and promoting food banks.

“The cut to Universal Credit alongside rising energy costs, new tax burdens and below inflation wage increases for most workers is going to put many more people and children into hardship.

“It's urgent we organise a fighting people power response. If we do that a real alternative will become possible.”