Mr Coulter was named as the injured party in an ongoing case. 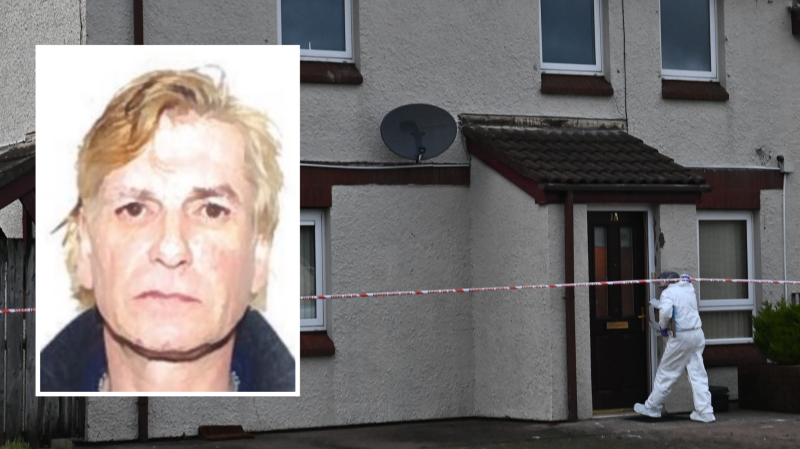 A man murdered in County Derry on Monday has been named in court as the injured party in an ongoing case of alleged assault dating back to last year.

The alleged incident took place on January 6 2020, approximately a fortnight after Mr Coulter himself was accused of carrying a knife in public.

Mr Coulter had been charged with possession of a 'lock knife' on roads in the Magherafelt area on December 22 2019, and his case came before the court today.

Prosecution adjourned the case to be mentioned again on November 10 at Magherafelt Magistrates Court.

On Monday, a male relative is understood to have called to the flat where Mr Coulter was found dead and disturbed a male, who fled through the estate and was later arrested in the Castledawson Road area of the town.

The former RUC officer also appeared in court in June 2016, where he admitted harassing two of his neighbours the previous year.

The court had heard Coulter had banged on their door, before shouting aggressively and using explicit language which left the injured parties 'shaken'.

Coulter had also left a two-page note containing 'abusive language and allegations' that left the couple distressed, as well as sending a post card with similar abuse, telling them to 'keep out of the entry' and take down their CCTV camera.

The prosecutor said police had treated the incident as a hate crime, as sectarian language had been used in the correspondence.

Coulter received a suspended sentence, with the judge acknowledging his alcohol addiction was a contributing factor to the behaviour.

In the 1980s, while serving in south Armagh, Coulter had swapped shifts with a colleague who was later blown up, and had turned to alcohol in the aftermath of the incident.

In 2008, Coulter had also been charged with making hoax bomb calls to Rainey Endowed School in Magherafelt.

Police are continuing to question one man in connection with the 62-year-old's murder on Monday, and have appealed to the public to provide information on sightings of Mr Coulter since October 11.

Detective Chief Inspector Raymond Phelan said: “Just after 12.30 on Monday afternoon, (October 18 2021) police received a report that the body of a deceased male had been found at a residential property in the Sandy Braes area.

“Police attended and arrested a man nearby on suspicion of murder who remains in custody.

“I am asking for help from the public to identify sightings and movements of Brian since last Monday, 11th October.

“I am particularly keen to hear from anyone who saw Brian, together with descriptions of anyone who was in his company through to Monday 18th October.”

“If you have any information which you think could help, please contact detectives on 101 quoting reference 944 of 18/10/21.

62-year-old Brian Coulter's body was found at a property in Magherafelt on Monday.

Thomas Rainey was remanded in custody until November 10.
ADVERTISEMENT - CONTINUE READING BELOW