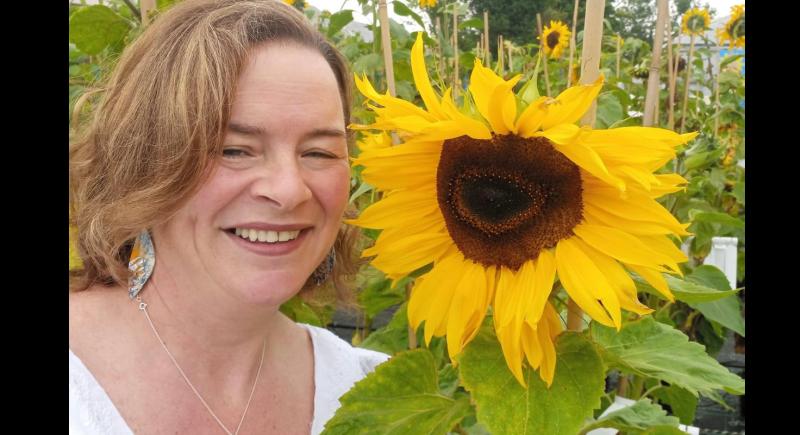 A woman who lost her husband and two children in a car crash in Quigley’s Point last year has said she did not want the emergency services to save her in the immediate aftermath.

In an emotional and truly moving interview with Miriam O’Callaghan on RTÉ Radio 1 on Sunday, Geraldine Mullan said she was ultimately grateful to have survived the crash in which her family drowned as it allowed her to say goodbye to her husband and two children and to work to keep their memories alive.

In August 2020, Geraldine’s husband John (49) and her children Tomás (14) and Amelia (6) died when the family’s car plunged into Lough Foyle at Quigley’s Point  on their way home from a family day out.

She described the days before the tragedy, the aftermath and the steps she had taken to honour the memory of her family.

The Irish Times reports on how the oncology nurse said she looked back at the early part of last year’s Covid lockdown when she was off work with a back injury and her husband’s garden centre was closed as “precious family time”.

“It was simple things like a sleepover in the back garden or movie time or during our lovely coastal walk along the shore path… precious time with my beloved three”.

Geraldine said on the day of the crash she and her husband were both off work and had planned a day outdoors but the weather was bad in the wake of Storm Ellen so the family had gone to Derry for bowling, a trip to the cinema and dinner instead.

“It was just a lovely day out, we watched the Snow Queen and got the invariable popcorn and ice cream and then we did the bowling and then we had dinner.

She said she has “beautiful memories” of the family, laughing and joking and planning what they were going to do for the rest of their family time.

The crash happened on their way home.

“I would have heard that saying that your life can change in a second and unfortunately for me on that night of August 20th, my life changed forever. It was the perfect storm, everything went against us and unfortunately I was the only one that ... managed to survive.”

She said when the emergency services did reach the car, they held on to her. “I will admit there was a time I didn’t want [them] to hold on to me because I knew I’d lost everything. I knew by the time help came that unfortunately it wasn’t going to be a rescue, it was just going to be a search for John, Tomás and Amelia. So at one point I just asked him to ‘let me go’.”

She said the rescue worker apologised and said: “Geraldine, I can’t let you go.”

She praised “the valiant efforts of every single one of those emergency service [who] put their lives at risk and worked tremendously hard and found my beloved three so I could bring them home and I could say goodbye to them.

“I got to see my beloved family one last time and I got to bring them home, to have my couple of nights at home with them before the funeral on the Monday and before I said goodbye to them.”

She said now she was focused on trying “to keep doing the best I can for John, Thomas and Amelia. … they were just so full of love and life and unfortunately all their lives were cut short abruptly on that night.”

She said when Thomas and Amelia were found, the boy was holding his baby sister. “He was the kindest, gentle boy. For a boy 14 to be so attentive to his little sister . . . it brings great comfort that he minded her right up to the end.”

She recalled that in her eulogy at her family’s funeral she said she “wanted people to realise how precious life is and to cherish every moment.”

She recalled she had had a very tactile family. “Every day, the first thing in the morning when I left for work, and last thing at night, I was so lucky, my husband told me he loved me.

“I had unconditional love from a son and daughter who came in and wrapped their arms around me and told me how much they loved me and unfortunately that all stopped.

Geraldine returned to work as an oncology nurse in February and has converted her husband’s garden centre into a community hub called the Hope Centre which she has dedicated to the memory of her family.

Next Friday, on Amelia’s eighth birthday, the hub will host a charity event dubbed Amelia’s Glad Rags for Hope details of which can be found on the Hope Facebook page: www.facebook.com/themullanhope.