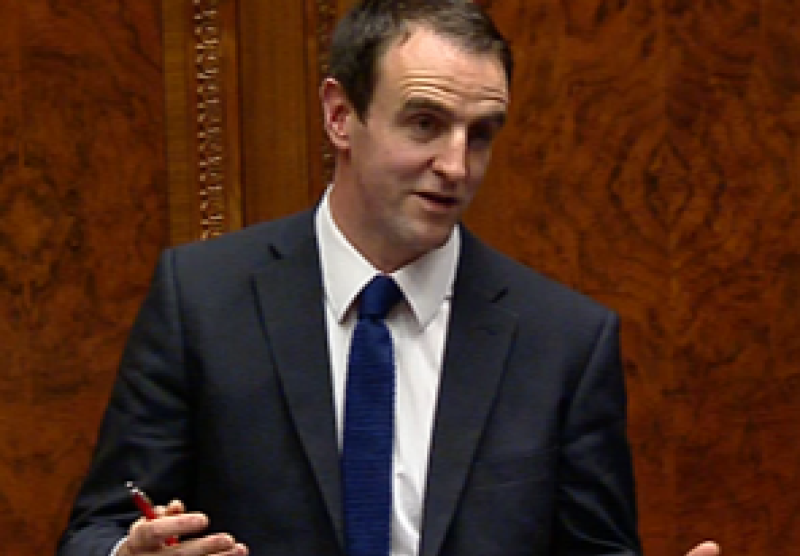 Foyle MLA Mark H Durkan has warned that the removal of the £20 Universal Credit uplift risks a loss of £7.5million from Derry's local economy.

Mr Durkan of the SDLP was speaking as the removal imposed by the Conservative Government in Westminster draws nearer with those on Universal Credit expected to take the financial hit next month.

On top rising living costs thanks to the UK exiting the European Union, the cut in Universal Credit will, according to Mr Durkan, sting the pockets of many people in Derry.

He said: “This removal will be most profound in areas of high deprivation such as Derry; in Foyle alone this cut runs the risk of taking almost £7.5 million from the local economy.

“The Foyle Foodbank has witnessed a 75 per cent increase in usage over the past year and that is with the uplift.

“Now people have to battle the rising costs of living: a gas hike which in real terms means a rise of almost £200 for the average annual household bill. And with the implications of the Protocol (as a result of the Brexit deal agreed by the UK and the European Union), shopping bills are expected to rise by more than £160 per year.

“There are clearly a myriad of issues here, yet there has been little to no action taken to prevent plunging people further into poverty.

“Proactive measures must be taken now by (Communities) Minister (Deirdre) Hargey and (Finance) Minister (Conor) Murphy, to secure the continuation of the uplift in the absence of action by the British government.

“This would not only add a layer of protection for struggling families but will give local businesses the best chance at recovery. To remove the uplift is to walk blindly into catastrophe. Now is the time to heed the warning call.”

“This week I meet with representatives from the FSB and we had a frank discussion on the outlook for the local economy and small businesses.

“However, that conversation cannot be had without considering the ability of the public to contribute to that recovery.

“I appreciate the High Street Voucher scheme will play its part in that plan, provided that all those individuals entitled to it can access it.

“Yet the reality remains that the far reaching implications of the Universal Credit cut will not just impact on low-income households but essentially the removal of £55.5 million this financial year, during such a critical period of post-pandemic recovery will be devastating for local businesses.”