A campaign group lobbying against plans to build a large-scale industrial park on a former school site have threatened court action against Mid Ulster District Council. 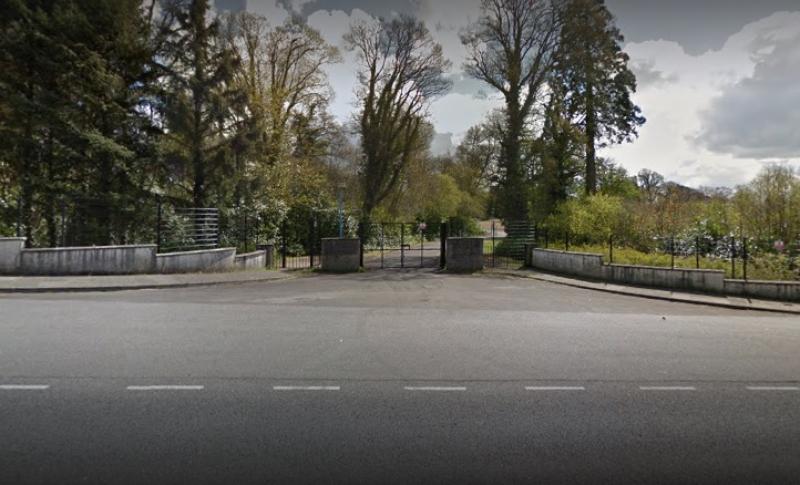 Entrance to the former Maghera High School site on the Tobermore Road.

A campaign group lobbying against plans to build a large-scale industrial park on a former school site have threatened court action against Mid Ulster District Council.

The Take Action for Maghera group say "widespread" concerns and opposition over council proposals for the former Maghera High School site are being "ignored".

The group, made up of residents and volunteers, claim suggestions to have the area transformed into a shared green space have been completely disregarded.

The vacated site on the Tobermore Road has lain empty since the closure of the secondary school in 2009.

Speaking ahead of a planning committee meeting set to take place on the future of the vacant site tonight, a spokesperson for the group said depending on the outcome, legal action was being considered.

A spokesperson told the County Derry Post: “Mid Ulster Council are very keen to get this through.

"They are essentially applying to themselves through planning process and they are not listening to the community’s voice.
“They are saying they consulted community groups but that’s not the same as consulting with the community.

"It’s being used very cleverly and the community is being forgotten in this, but that’s the system.”

Take Action for Maghera Park said that while over 2,500 objections were lodged against the proposal, amendments submitted by the council on Christmas Eve "zeroed" the objections.

“Putting it in over Christmas and giving us ten days to reply on complex planning issues is not authentic community consultation in keeping with Mid Ulster Council’s ambitions to put community at the centre of its planning policy” added the spokesperson.

"As well as providing a much-needed green space for Maghera, the site would also act as a shared space for the community and has been used in this way historically.

“It was always open to the public. There was a swimming pool down there and a summer scheme that was used by all sides of the community.

"During the Troubles it was probably the only area in Maghera that was cross-community.

“Once the council decided to develop it as a business park, they put up fences and locked the gates.”

With no community right to appeal, the group may be left with no choice but to challenge the Council through judicial review, a process that a similar group in Craigavon are currently working through in the High Court.

“Because there is no third party right to appeal in NI and there is no community rights act yet, the only option we would have after is to go for a judicial review.

"It’s unfortunate that the council would force a community to take its council to court.”

Responding to the group's concerns, a Mid Ulster Council spokesperson said: “We have said previously that community consultation was undertaken as part of the pre-application planning process for the proposed business park at the former Maghera High School site.

“The views expressed as part of the consultation have, in fact, been taken into account and revisions were made to the designs which were submitted for planning.”

Take Action for Maghera Park will be sending a representative to the Mid Ulster Council Planning meeting this evening, Tuesday, February 4, to voice their objections to the proposal.